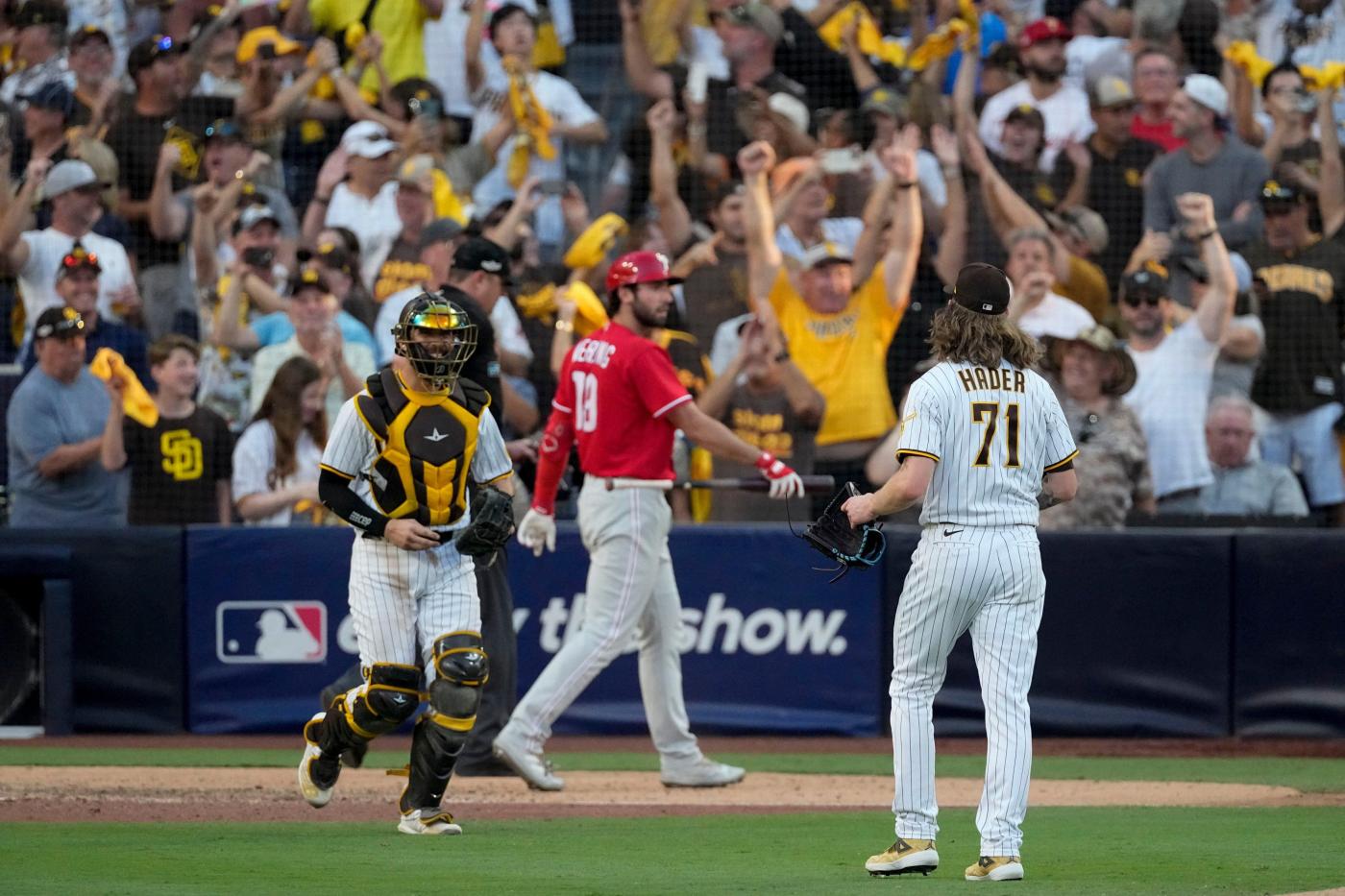 SAN DIEGO — Brandon Drury hit a go-ahead, two-run single during a five-run rally in the fifth inning and the San Diego Padres stunned Aaron Nola and the Philadelphia Phillies 8-5 on Wednesday to tie their all-wild card NL Championship Series at one game apiece.

The outburst started with Padres catcher Austin Nola hitting an RBI single off his younger brother that brought the sellout, rally towel-twirling crowd of 44,607 at Petco Park to life. Three innings earlier, the Phillies had taken a 4-0 lead with a rally that included bloop hits, a sun-aided double on a gorgeous, 92-degree afternoon and some shoddy Padres defense.

But just as they did Saturday night in eliminating the 111-win Los Angeles Dodgers, the Padres were spurred by the bottom of their lineup in a big comeback.

Blake Snell got the win and Josh Hader the save after striking out the side in the ninth to send the crowd into a frenzy. Aaron Nola, in the playoffs for the first time in his career and off to a brilliant start, took the loss.

The Padres, playing in their first NLCS since 1998, appeared to be in deep trouble after Snell threw 37 pitches in the Phillies’ four-run second.

San Diego began its comeback with homers on consecutive pitches by Drury and Bell to open the bottom of the inning. Drury lined a shot to left field and Bell lifted a fly ball deep to right that stayed just fair.

Bell and Juan Soto, who had an RBI double in the fifth, were obtained in a blockbuster trade with Washington on Aug. 2, the same day the Padres got Drury from Cincinnati.