Dylan Cease’s latest strong start puts the Chicago White Sox over .500 — and 2 games back in the AL Central — to finish July – Boston Herald 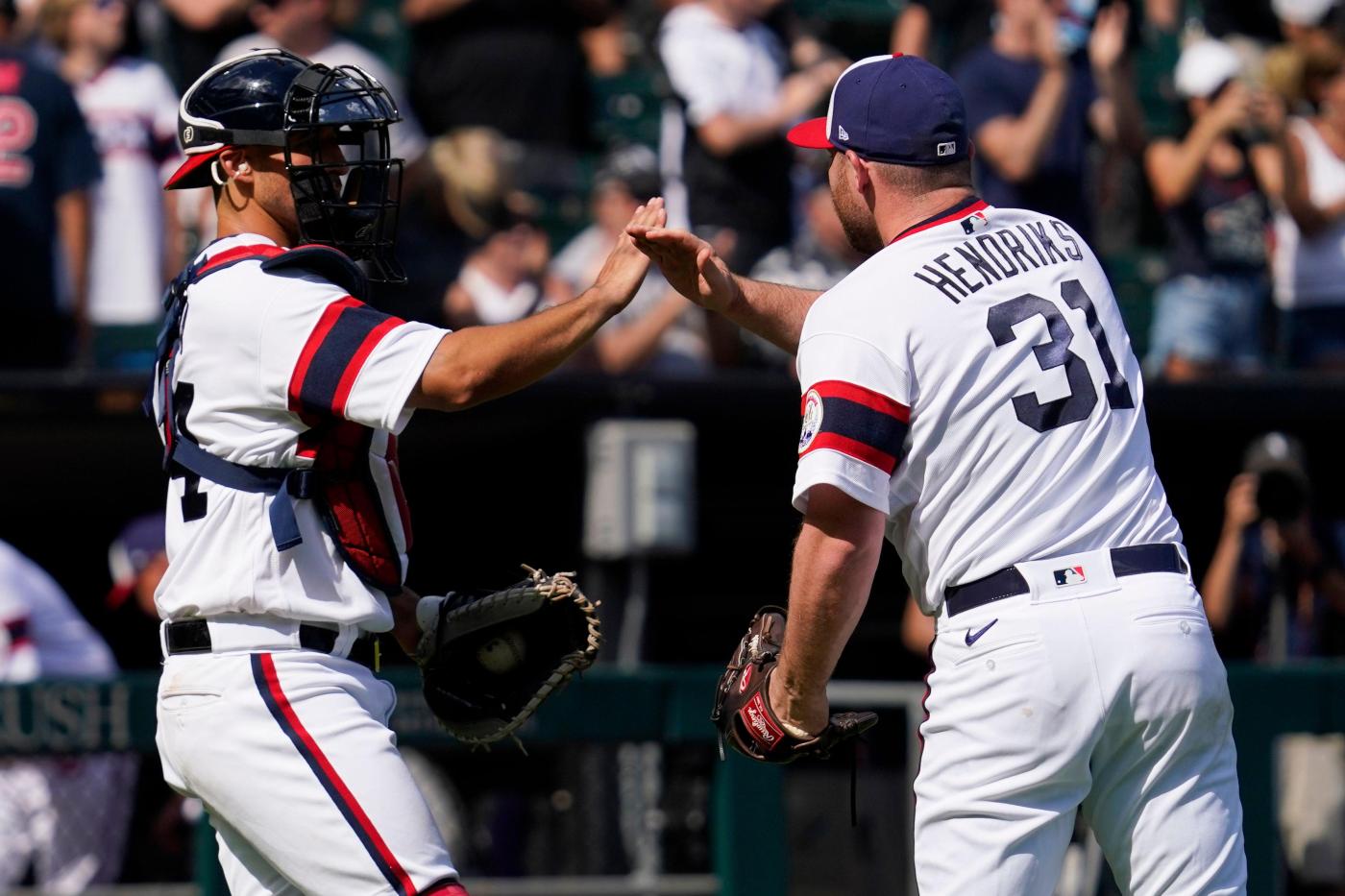 Back in spring training, that would have seemed a given considering the talent on a team that broke camp with World Series aspirations.

But it took six strong innings from Dylan Cease on Sunday to make it a reality as the Sox beat the Oakland Athletics 4-1 in front of 30,028 at Guaranteed Rate Field.

Cease allowed one run on four hits with seven strikeouts and one walk to win his fourth consecutive start.

“They are all different (outings),” Cease said, “but this one was a little hairy in the sense they almost hit three home runs in (the second) inning, but fortunately two of those went foul. They battled really well. I tip my cap to them. I’m fortunate and I’m grateful we came away with that.

“All-around really good team win. Offense backed me up. Defense was great. Bullpen was great. Can’t draw it up much better.”

The Sox took two of three from the A’s — owners of the worst record in the American League — to improve to 51-50.

“You can’t deny we haven’t been playing better baseball,” Cease said. “If we reach our peak and start firing on all cylinders at the right time, it’s much better to do that late than it is to do that early. We got all the rust out early.”

It’s only the second time since winning on May 25 that the Sox have been one game above .500. The other occurrence came Tuesday with a 2-1 win against the Colorado Rockies.

Sporadic scoring has been part of the issue. The power appeared Sunday with solo home runs by José Abreu and Eloy Jiménez.

Abreu’s homer, his 12th of the season, started a three-run rally in the second.

Josh Harrison doubled with two outs and scored on Leury García’s single to right. Seby Zavala drove in García with a double, giving the Sox a 3-1 lead.

Jiménez led off the seventh with a homer to right-center, making it 4-1.

“He’s really looking good,” Sox manager Tony La Russa said of Jiménez, who has a six-game hitting streak. “And he’s moving all right in the outfield too. That’s a big bat in there.”

The lone run Cease allowed came via a second-inning homer by Ramón Laureano. Seth Brown and Stephen Piscotty hit long fly balls that landed foul in the inning. Cease struck out Brown, and Piscotty flied out to right.

“I want to be consistent,” he said. “I want to be someone you can count on. So to give us a chance to win almost every time, it’s as much as I can ask for.”

Cease is 7-2 with an 0.51 ERA, 90 strikeouts and a .180 opponents average in his last 12 starts. All four runs he allowed during the stretch were solo home runs.

“I’ve got the kind of stuff where I just have to attack the zone and get ahead of guys,” Cease said. “My defense has been great. Seby has been unbelievable back there (catching). So it really isn’t just me. It’s the coaching staff, everybody.”

Cease is the first Sox pitcher since at least 1913 to record a sub-1.00 ERA in consecutive months with a minimum of 25 innings pitched in each month. He had an 0.33 ERA on the way to earning AL Pitcher of the Month honors in June and an 0.76 ERA in July.

“The good thing (is) he does it (in) different ways,” La Russa said. “If you’re game planning against him, he’ll look this way in this start and tweaks it and goes this way. It’s nice to be able to have that kind of repertoire.

“He has great presence. I can tell he’s confident.”

Reliever Joe Kelly walked one and struck out one in a scoreless seventh. It was his first outing since leaving Wednesday’s game in Colorado with right biceps discomfort.

“Now the key is keep him healthy, keep all those guys healthy,” La Russa said.

Kendall Graveman and Liam Hendriks followed with scoreless innings as the Sox ended July by winning 10 of their last 15. They trail the AL Central-leading Minnesota Twins by two games.

“We’ve been through a lot to get to this point,” La Russa said. “We’re in contention, so we’re going to be excited about it and treat every series like it’s the last one we’re going to play and know we have to get a lot of wins.

“The most fun that you can have during the regular season is to get to the last two months and have a chance. It’s where everything is amped up in every moment and every at-bat. We’re in a position to do that. We just have to get the wins.

“We’re excited. However we got here, we’re in contention and Kansas City three times (starting Monday at Guaranteed Rate Field). That’s the fun.”