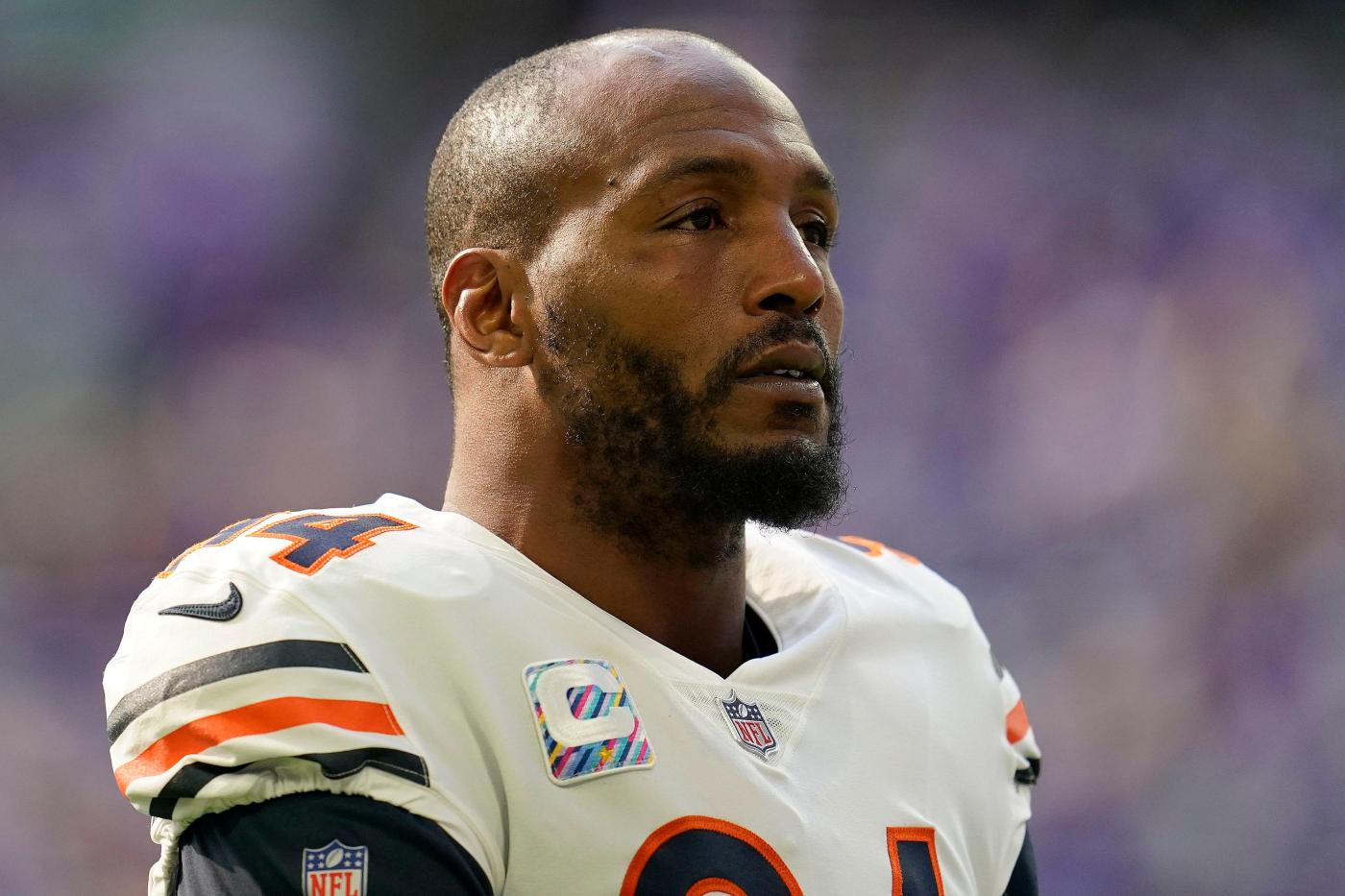 “Appreciate the recognition,” Jones said Wednesday. “A lot went into that from a lot of guys. It was a group effort. It’s a team award.”

But Jones’ accolade didn’t even last a full day as the biggest news in the NFC East.

The 6-0 Eagles and the 6-1 Giants are tied for the most wins in the NFL through seven weeks. The Dallas Cowboys are nipping at their heels in division at 5-2.

The NFL trade deadline is next Tuesday at 4 p.m., and the Eagles continued aggressiveness spoke loudly. The Giants, though, are in a different place than Philadelphia.

They are overachieving in year one of a rebuild under Brian Daboll.

That is much different than Nick Sirianni’s Eagles, who are Super Bowl contenders empowered by major acquisitions in wideout A.J. Brown, ex-Giant corner James Bradberry, safety C.J. Gardner-Johnson and Quinn. (And Roseman might not be done.)

Giants GM Joe Schoen inherited a roster and salary cap situation both in need of long-term retooling last January. He only has about $3 million in cap space.

Smart teams assess themselves properly, and the Giants know who they are.

Schoen has been “open for business,” in his own words, since he took the job. And that’s how league sources view the Giants approaching this deadline: open to any option that helps them.

That could mean selling off a piece or two to acquire draft capital. It could mean an affordable, calculated acquisition at a position of need. Or it could mean staying put.

Jones, who is playing the best football of his career, definitely could use more help at outside receiver. But the Giants already have major money committed to two rostered receivers in Kadarius Toney and Kenny Golladay who theoretically could help them after the bye — even if neither is likely long for New York.

A wideout like the Pittsburgh Steelers’ Chase Claypool wouldn’t come too expensively in salary on his rookie deal. But such a trade would cost Schoen valuable draft capital.

Whereas, if the Giants keep winning, they would still have the option post-trade deadline to attract a veteran like Cole Beasley (out of retirement) or Odell Beckham Jr. (out of free agency) on a cheap deal with the tease of playoff football in the New York spotlight.

The bottom line is, though, the Giants’ roster is likely to look very similar on Nov. 2 to what it looks like right now.

Jones, for his part, continues to impress no matter whom he plays with. He has committed only four turnovers through seven games, compared to six in his first seven games in 2021, 11 in that same span in 2020, and 13 to open his 2019 rookie year.

He has now won the NFC’s Offensive Player of the Week award three times, once each under three different coaches in three different offenses for Pat Shurmur, Joe Judge and Daboll.

Teammates have marveled privately at how impressive it is that Jones has pivoted through four offensive coordinators in four years and produced regardless.

Toney (hamstring) and Golladay (knee) remained sidelined at practice, working with trainers on a back field. OLB Oshane Ximines (quad) also was a non-participant on the side. TE Daniel Bellinger (eye), LG Ben Bredeson (knee), RT Evan Neal (knee),and CB Cor’Dale Flott (calf) did not participate and were not on the field.

Tackle Tyre Phillips (toe), Neal’s replacement at right tackle, was limited by a toe injury. So were DL Leonard Williams (elbow) and S Jason Pinnock (foot). Pinnock’s injury was changed from an ankle on last week’s injury report to a foot on this week’s. Williams had elbow surgery in the offseason.

The Giants signed Nick Gates to the active roster after he demonstrated he could capably practice on the physically unable to perform list. He hasn’t played in a real NFL game since Week 2 of last season, when he suffered a compound left leg fracture that required seven surgeries. He was at right guard with the second-team offensive line at the start of Wednesday’s practice. It remains to be seen whether or how quickly he makes it to a game day roster.

Tackle Matt Peart, who tore his ACL last December, was designated to return from the physically unable to perform list. The Giants have 21 days to activate him or revert him to PUP for the rest of the season. Second-year OLB Elerson Smith (foot) and CB Rodarius Williams (knee) also were designated to return from injured reserve. Williams is expected to be ready after the Week 9 bye.