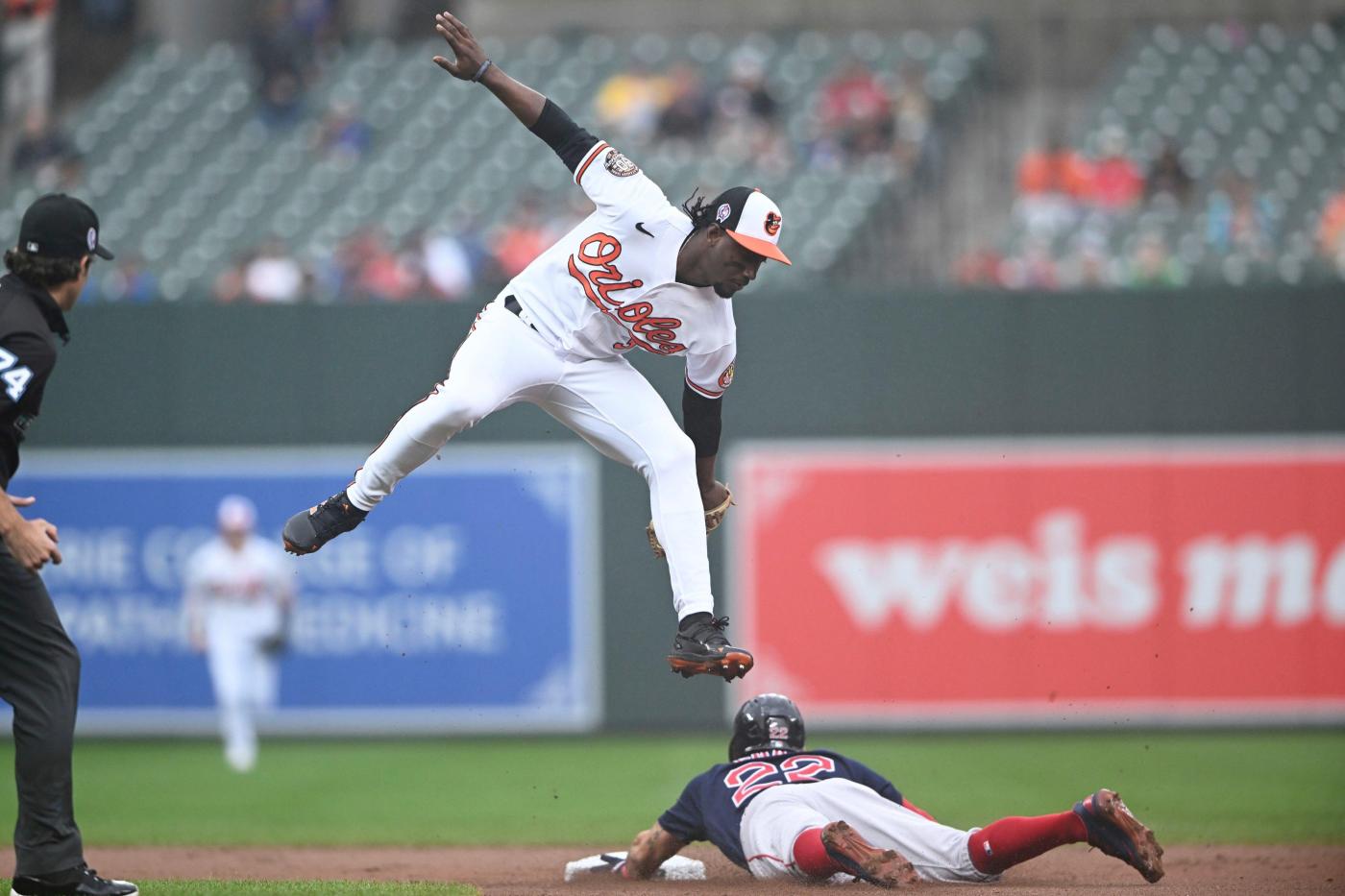 A first-inning run off Bradish was the only one scored in Sunday’s series finale against the Boston Red Sox, a game that began after a rain delay of more than an hour. The Orioles went hitless in seven at-bats with a runner in scoring position in the 1-0 loss, their sixth defeat in eight games — all at home — as they dropped the series to Boston and moved 5 1/2 games back in the American League wild-card race with 22 games remaining.

Tommy Pham began the day with a single off Bradish, stole second, went to third on a groundball and scored on Xander Bogaerts’ sacrifice fly. Bradish did not allow another hit until the seventh, following it with an inning-ending double play. It marked the third time in four starts Bradish allowed no more than two hits while working at least seven innings and gave Baltimore (73-67) its first quality start in nine games.

Bradish, who turns 26 on Monday, has a 2.86 ERA in nine starts since returning from an injured list stint for right shoulder inflammation. That includes a 2.05 ERA in five outings since moving to the first-base side of the pitching rubber, compared to a 6.38 mark in his previous major league appearances.

“Great job by him, and then the bullpen guys did an outstanding job, also,” Hyde said. “But you can’t get three hits and expect to win.”

An Orioles lineup without Cedric Mullins, Adley Rutschman and Gunnar Henderson against left-hander Rich Hill couldn’t support Bradish. Hyde said a foul ball off Rutschman’s foot Saturday led to some soreness, while the other two sat to avoid left-on-left matchups with Hill.

Ryan Mountcastle’s run of poor luck on well-struck balls continued in the first, when Pham smacked the left field wall making a jumping catch on his first-inning drive. With two on and two outs in the third, he again flied out to left. Of the five balls Mountcastle put in play at 98 mph or harder during the series, only one fell for a hit.

“It’s just unfortunate that a lot of those balls are getting caught,” outfielder Austin Hays said. “We’re just really trying to fight right now to get some runs on the board for our pitching staff. … That’s just where we’re at right now. We find a way to get some guys on and we just need that one big hit to open the gates for us. Just not getting that right now.”

The bottom two hitters in Baltimore’s order, Rougned Odor and Robinson Chirinos, opened the fifth with a hit-by-pitch and walk, respectively, but they were stranded when Ryan McKenna popped up a bunt attempt before Hill struck out Anthony Santander and Mountcastle. Odor was again hit with an offering, this time from Matt Strahm, in the right hand to begin the seventh, throwing his bat and staring down Strahm on his way to first. He reached second on a balk but was left there as the Orioles’ average with runners in scoring position in September dropped to .203, a mark that entered Sunday 26th of the 30 major league teams.

Odor exited the game in the ninth with a bruise on the plunked hand. The Orioles said X-rays were negative for breaks.

“We have some guys that are scuffling,” Hyde said. “For me, we have really big swings, and we need to get back to staying in the middle of the field. … Right now, we’re just taking big swings, getting in bad counts. We gotta get out of this.

“We just have not kept the line moving very well. Gotta get better.”

After striking out as a pinch-hitter with Hill out of the game, Henderson walked with two outs in the eighth in his second plate appearance but was narrowly forced out at second on a groundball from Hays, who otherwise reached three times for only the third time since the All-Star break while recording two of the Orioles’ three hits.

Mullins replaced Odor in the lineup and was the second out of the ninth, with Rutschman lining out as a pinch-hitter for Chirinos to end the game.

“Every loss at this point is disappointing,” Bradish said. “I wouldn’t say we’re in a bad stretch. But we still have quite a few games left.

“I don’t think this is going to be anything that sets us back.”