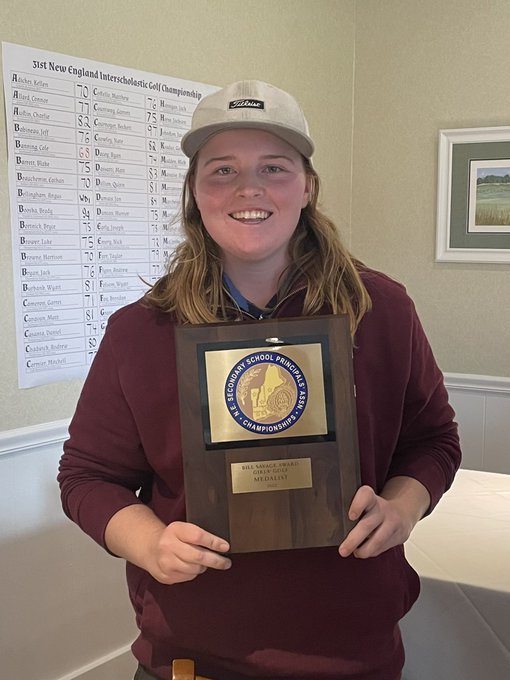 BC High at Barnstable, 7

Molly Smith turned plenty of heads at the 31st New England Interscholastic Golf Championship on Monday. Smith shot a blistering 8-under par 64 to win the girls division at Mohegan Sun Golf Club in Baltic, Conn. The Westford Academy senior defeated the runner-up by five shots and her score was the best in the history of the event.

It’s the latest accomplishment for Smith. In July, she captured her fourth Lowell Women’s City Golf Tournament championship. She made history the next month when she became the first female to win the Mt. Pleasant Golf Club men’s championship.

In September, she placed second at the Cape Cod National Golf Club High School Invitational, defeating every boy except for one.

GIRLS SOCCER
Kathleen Murphy sounded off for four goals, powering Blue Hills (13-0-4) to a 4-0 win over Smith Academy in the MVADA tournament semifinals. … Sydney Geoffroy and Emily Sandelli finished with a goal and an assist each, pacing Greater Lowell (15-4)  to a 4-0 win over Whittier. … Laney Beahn netted the only goal as Blackstone Valley edged Essex Tech, 1-0.

Bridget Kennedy deposited the lone goal for Grafton with 15 minutes left, capping off a 1-0 win over Algonquin in the CMADA Class A final. … Alyssa Crotty found the back of the net to guide Nipmuc past Auburn 1-0 in the CMADA Class B final.