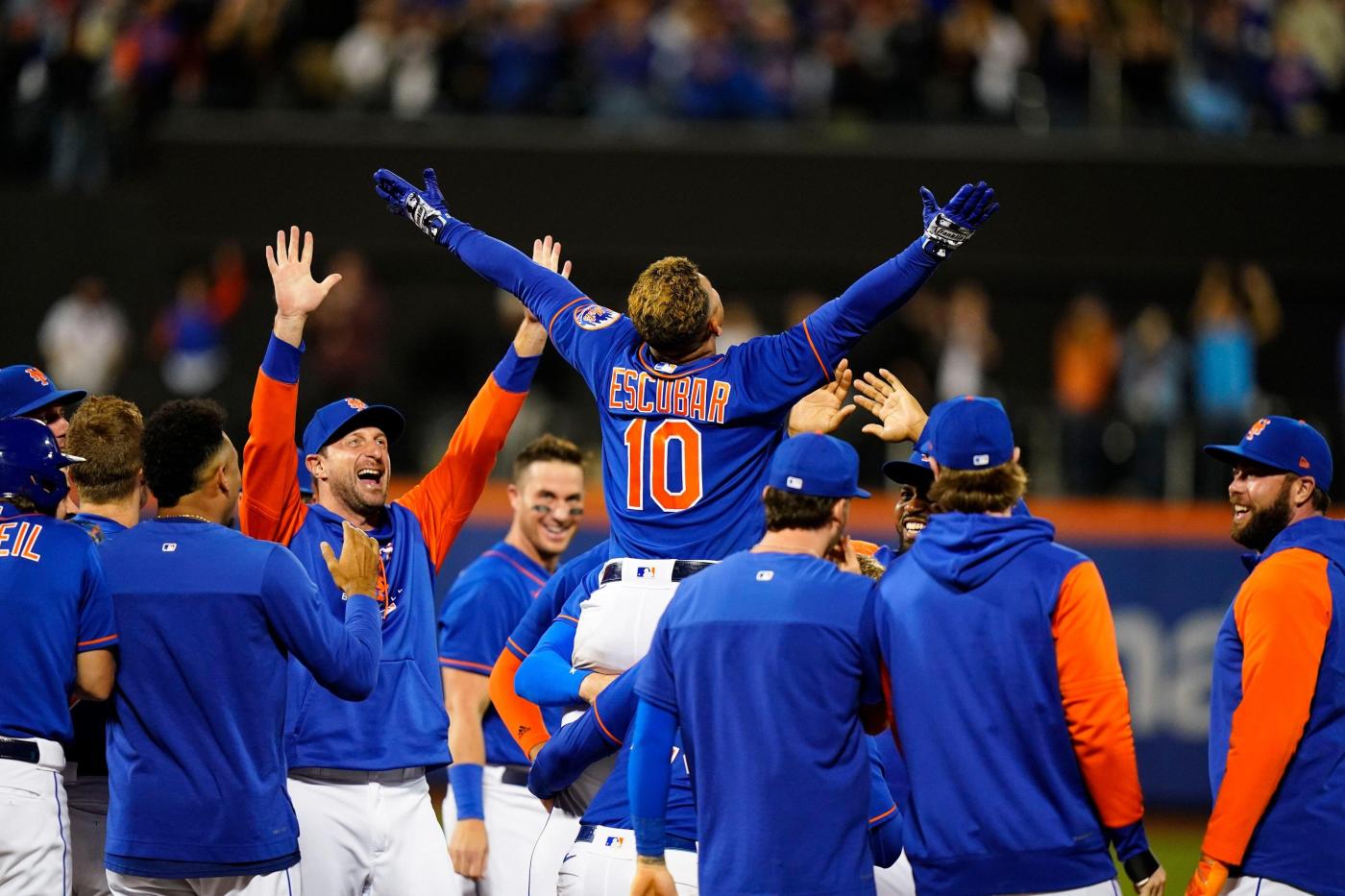 The Mets have had quite a time trying to find a full-time third baseman over the past five years. After David Wright was sidelined with back and neck injuries, the club tried several infielders, but few produced at the rate an everyday third baseman needs to produce and many struggled defensively.

The third base situation got so dire at one point in 2017 that catcher Travis d’Arnaud had to man the hot corner for a game. Although that particular game might have provided some comedic relief during an otherwise disastrous season, it underscored the need to find a long-term replacement for Wright.

The club had already drafted Mark Vientos earlier in the season in the second round and two years later selected Brett Baty in the first. Todd Frazier, J.D. Davis, Jonathan Villar and others all spent time at third but most were a little more than fill-ins.

But when Eduardo Escobar was signed over the winter, his former Arizona Diamondbacks teammate Taijuan Walker knew he would be much more than a serviceable fill-in.

“I knew what he could do,” Walker said Wednesday after the Mets defeated the Miami Marlins 5-4 at Citi Field. “The moment we got him in the offseason, I was texting everyone on the team. I told everyone he’s a great addition to our ball club. Not only with what he does on the field but off the field and in the clubhouse. The energy he brings, the smile he brings.”

Walker forgot to mention the clutch hits he brings.

Escobar has been scorching hot this month and drove in all five runs in that huge walk-off win over the Marlins that allowed the Mets to regain a one-game lead in the NL East. He aided in overcoming a 4-0 deficit with a two-run home run, a game-tying single and the game-winner in the 10th.

In the month of September, Escobar is slashing .330/.379/.638 with eight home runs and 24 RBI, which are tied for the third-most in the league in that time span. His eight homers are tied for the sixth-most. Escobar has mostly been solid all season, but he had a dismal August hitting just .176. Now, he’s having his best month at the best time.

“Nothing has really changed, but things came up the way they should because of all of the work I’ve been putting in,” Escobar said through a translator. “But the most important part is that the team has been able to win games.”

That one-game lead over the Atlanta Braves might not be much but it gives the Mets the edge as they head to Atlanta for a series that will determine the winner of the division. The offense has been somewhat inconsistent in recent weeks and there is no relief in sight with Starling Marte still injured. It has mostly been Pete Alonso and Escobar carrying the Mets at the plate. They’ll need some help in the postseason, but having those bats hot going into this series sure could help in the Mets’ quest to win their first NL East title since 2015.

“I’ve seen that before,” manager Buck Showalter said of the third baseman’s five-RBI performance. “But I’m glad I got to see it tonight, I can tell you that.”