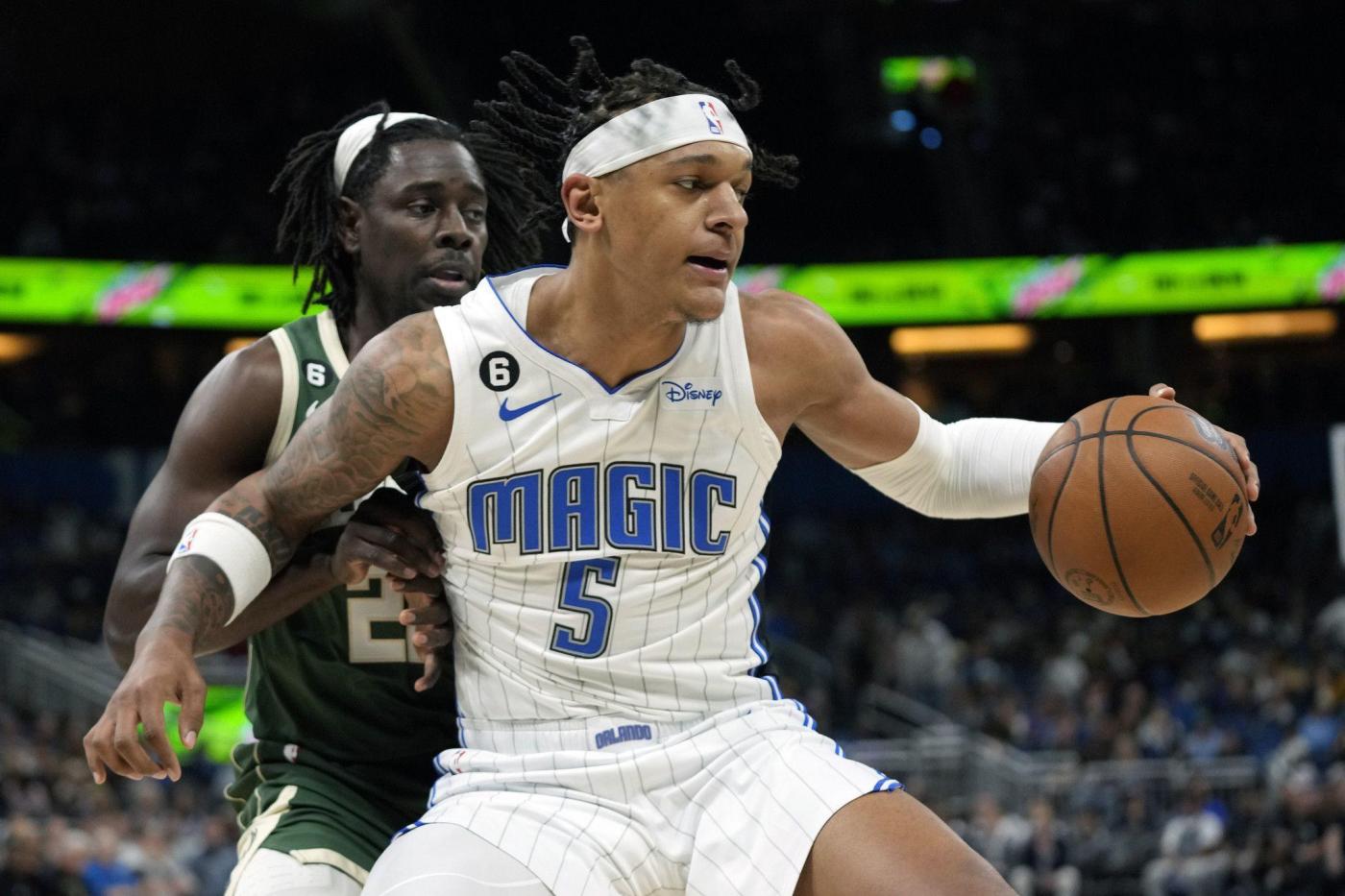 When asked about his play in the homestand-opening loss to the Milwaukee Bucks, Orlando Magic forward Paolo Banchero compared it to another performance from his rookie season.

As Banchero sees it, it was similar to the one he had in the home-opening loss to the Boston Celtics on Oct. 22.

Banchero’s box score in each game:

But the comparisons go deeper than numbers — or at least explain his inefficient shooting.

“They were backing off, daring me to shoot, kind of like how Boston did,” Banchero told the Orlando Sentinel about the Bucks’ defense against him. “I had a similar game to this where I didn’t shoot well from the field or [the] 3.”

Banchero, the No. 1 pick in June’s draft, admitted this strategy can throw him off.

More teams have tried this approach against him after he showed proficiency at getting to the rim (48.9% shooting on 11.4 drives per game) and free throw line (8.4 attempts per game) but struggled with his shooting. The Bucks and Celtics were the most daring.

“Over the course of my playing career where teams play me like that where they dare me to shoot it, it always throws me off a little bit just because it’s almost like I’m too open and I start thinking about the shot,” Banchero said. “That’s how they played me. It worked, I guess, for them.”

Although he scored less efficiently against Milwaukee than he did Boston, his approach and decision-making were better even when the shots didn’t fall.

“A big portion of it is just him reading the defense, regardless of what that looks like,” coach Jamahl Mosley said. “Different teams are going to have different coverages. As he grows in this league, he’s going to see a ton of different coverages. His ability to recognize they were doing it was great. That’s a start and a step in the right direction for him.”

Banchero didn’t settle for 3s Monday as much as he did vs. Boston.

He attacked the space defenders gave him more, either as the initiator in a handoff or as a driver. Those produced better results: Banchero getting to the rim, spraying out for 3s or assisting a teammate on a made basket after forcing the defense to collapse.

When his defender sagged off of him off the ball, Banchero would set a screen for a teammate to open up space for them.

He still took those pull-up jumpers, but not as often. He posted up more, especially when Jrue Holiday guarded him. A lot of his missed shots were ones closer to the basket after putting pressure on the defense.

The message from the coaching staff to Banchero when his defender is sagging off him: Be quick with making the best play you see available.

“Just getting the best shot for the team is the main goal,” Banchero said. “That’s what they tell everybody. There’s not really a specific message they tell me. It’s more of [being] quick with your decisions and just make the best read for the team. I definitely got to be better in terms of decision-making and knocking down shots in general. I got to make shots.”

Big man Mo Bamba is expected to be available for Wednesday’s home game vs. the Los Angeles Clippers after being sidelined for 1 1/2 weeks.

He was removed from the team’s injury report, with Mosley saying Bamba practiced Tuesday afternoon.

Bamba missed five games because of back pain/spasms, last playing in the Nov. 27 home loss to the Philadelphia 76ers, when he exited after playing 12 minutes.

He started 5 of 6 games in place of the injured Wendell Carter Jr. before being sidelined, averaging 11.2 points and 5.3 rebounds in 26.4 minutes.