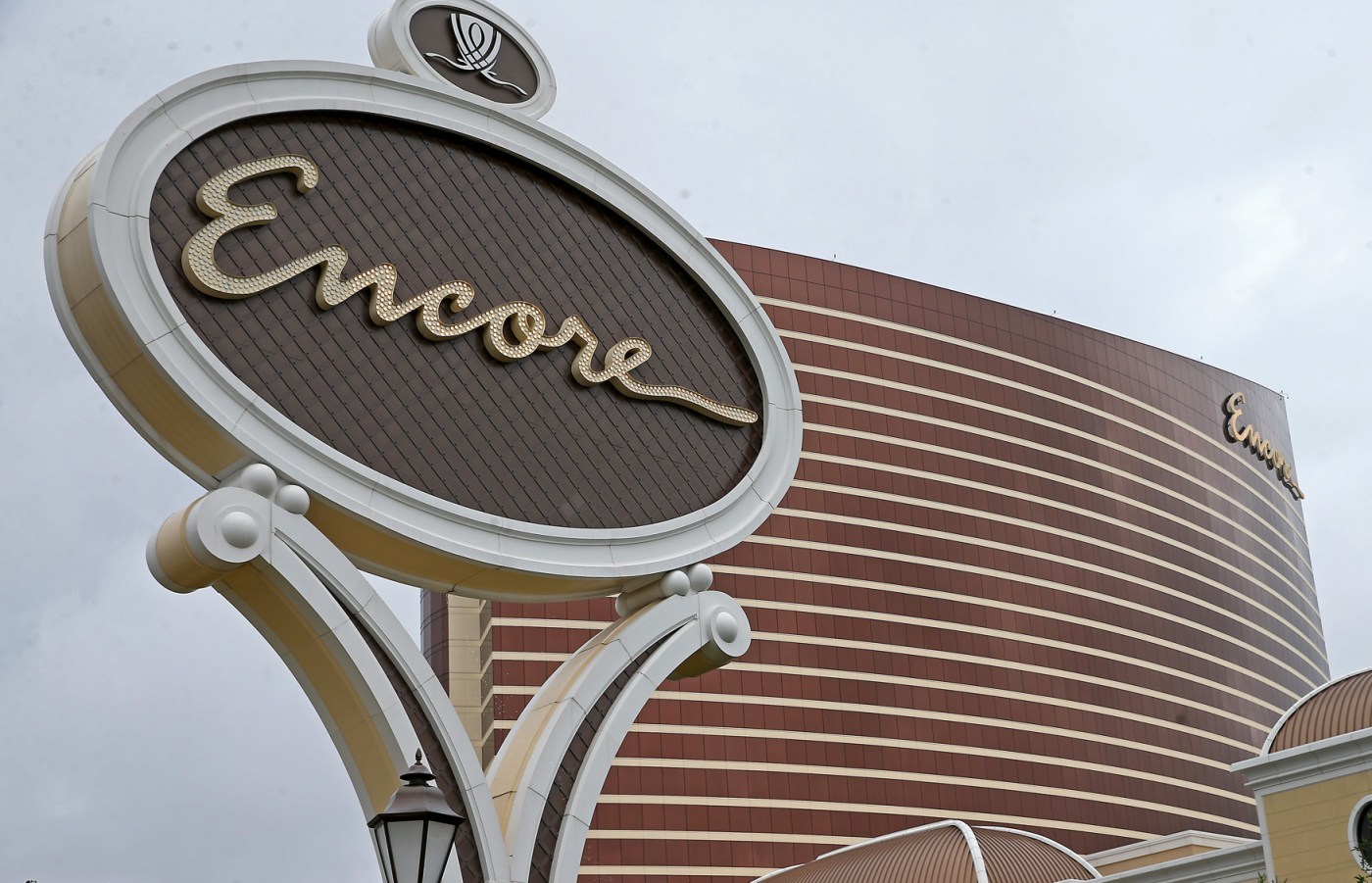 After five separate incidents in which patrons at Encore Boston Harbor’s Memoire nightclub, some of them underage, were served more alcohol than they should have been, the Mass. Gaming Commission has fined the nightclub operator $25,000 and the Alcoholic Beverages Control Commission is upping its presence there.

The fine and required corrective actions, which Big Night Entertainment Group agreed to and worked with the commission to develop, are meant to clamp down on things like excessive service of shots in a short period of time and bottle service no-nos like patrons drinking straight from a bottle or having alcohol poured directly into their mouths, regulators said.

In addition to the $25,000 fine, the Gaming Commission’s Investigations and Enforcement Bureau is requiring that Memoire conduct more staff training and change its policies around both bottle service (when patrons reserve a table at the nightclub with a server dedicated to pouring them drinks) and also alcohol service generally. The changes specify that a server must take all bottles of alcohol with them whenever they leave a bottle service area, that patrons are prohibited from pouring their own drinks and that no patron is ever allowed to drink directly from a bottle, Hall said.

“The conditions also include a provision that free-pouring alcohol into a patron’s mouth is strictly prohibited — and that this is considered egregious conduct — and that Memoire has agreed to discipline its employees accordingly,” Hall said.

Managers at the nightclub are now required to remind staff of these new requirements during the pre-shift briefing that happens each night before the nightclub opens for business.

The Memoire fine and agreement was a headlining example of the enforcement power wielded by regulatory agencies in Massachusetts. The Cannabis Control Commission also flexed its regulatory enforcement muscle last week: it warned marijuana businesses to be on high alert for scams and robbery attempts, and warned consumers that it’s looking into a product that might be making people sick.

On the gaming side especially, Massachusetts regulators have a reputation for being more conservative and more particular than many of their counterparts around the country. When Wynn Resorts changed the name of its Everett casino from Wynn Boston Harbor to Encore Boston Harbor in the wake of sexual misconduct allegations against Steve Wynn, one company official said the change might not have been necessary in another state, but that “there seems to be more sensitivity” to things like that in Massachusetts.

“We have learned over at least the time that I’ve been here, that as the casino business and industry has evolved in Massachusetts — still relatively young — complying with our standards and our regulatory oversight can be difficult. It can be a challenge even for the most experienced of operators,” MGC Chairwoman Cathy Judd-Stein said last week.

Judd-Stein said she is “very pleased” by Big Night’s cooperation with the Memoire corrective action plan.

“Doing business in a gaming establishment is highly regulated and a good challenge. So we appreciate this,” she said. “And the challenge of the bottle service, the fact that there’s going to be so many additional resources now, I suspect that we will see very few reports going forward on any continued non-compliance.”

In the cannabis realm, regulators at the CCC last week issued two bulletins — one to businesses to remind them of security regulations in light of reports of attempted armed robberies and scams, and the other an alert to consumers that a marijuana-infused product for sale here, 1906 Midnight Drops, contains an ingredient allegedly tied to “potential adverse health effects.”

“The Commission has become aware of a recent notification from the Colorado Department of Revenue’s Marijuana Enforcement Division indicating that consumption of a [marijuana-infused product] in Colorado marketed as 1906 Midnight Drops may have led to certain adverse health issues, including potential liver injury. A similar report was recently received from a Massachusetts medical provider concerning 1906 Midnight Drops, an MIP available for sale in the Commonwealth and manufactured using the ingredient Corydalis,” the CCC wrote in the bulletin. “Because Corydalis has been associated with an elevated risk of liver injury, a.k.a., hepotoxicity, and may pose a risk to the public health, safety, and welfare, the Commission is currently investigating this ingredient, including one of its alkaloids, tetrahydropalmatine (THP).”

The CCC said that it was stopping short of using its full authority to issue a product recall notice, but wanted “to inform the public of its active and ongoing investigation into this ingredient.”

Anyone who experiences negative health effects from consuming 1906 Midnight Drops or any other marijuana product containing Corydalis should seek immediate medical attention, the CCC said, and should report the event to the commission by calling (774) 415-0200 or by emailing [email protected]

The bulletin reminded operators of the safety and security measures they are required to take and suggested some additional steps, like more training for staff regarding emergency standard operating procedure, verifying that all email domain names, phone calls and text messages are coming from a reliable source before taking action, and paying special attention to any misspellings, grammatical errors and the time and date that a phone call, text message or email was received.

Collins reminded businesses that they are required to report any criminal activity to the local police and CCC within 24 hours, and that they must also report to police and the CCC any time an alarm is activated or in the event of any response by public safety personnel, including but not limited to local law enforcement, police and fire departments, public works or municipal sanitation departments, and municipal inspectional services departments, or security personally privately engaged by the marijuana company.

“The health and safety of patients, caregivers, consumers, Licensees, Licensee agents and the general public is of paramount concern and importance to the Commission. Adherence to the regulations and measures outlined in this Bulletin will help to ensure that Licensees not only maintain compliance with Commission regulations, but will also assist to ensure that Licensees and Licensee agents are able to operate in safe, confident manner,” Collins said.