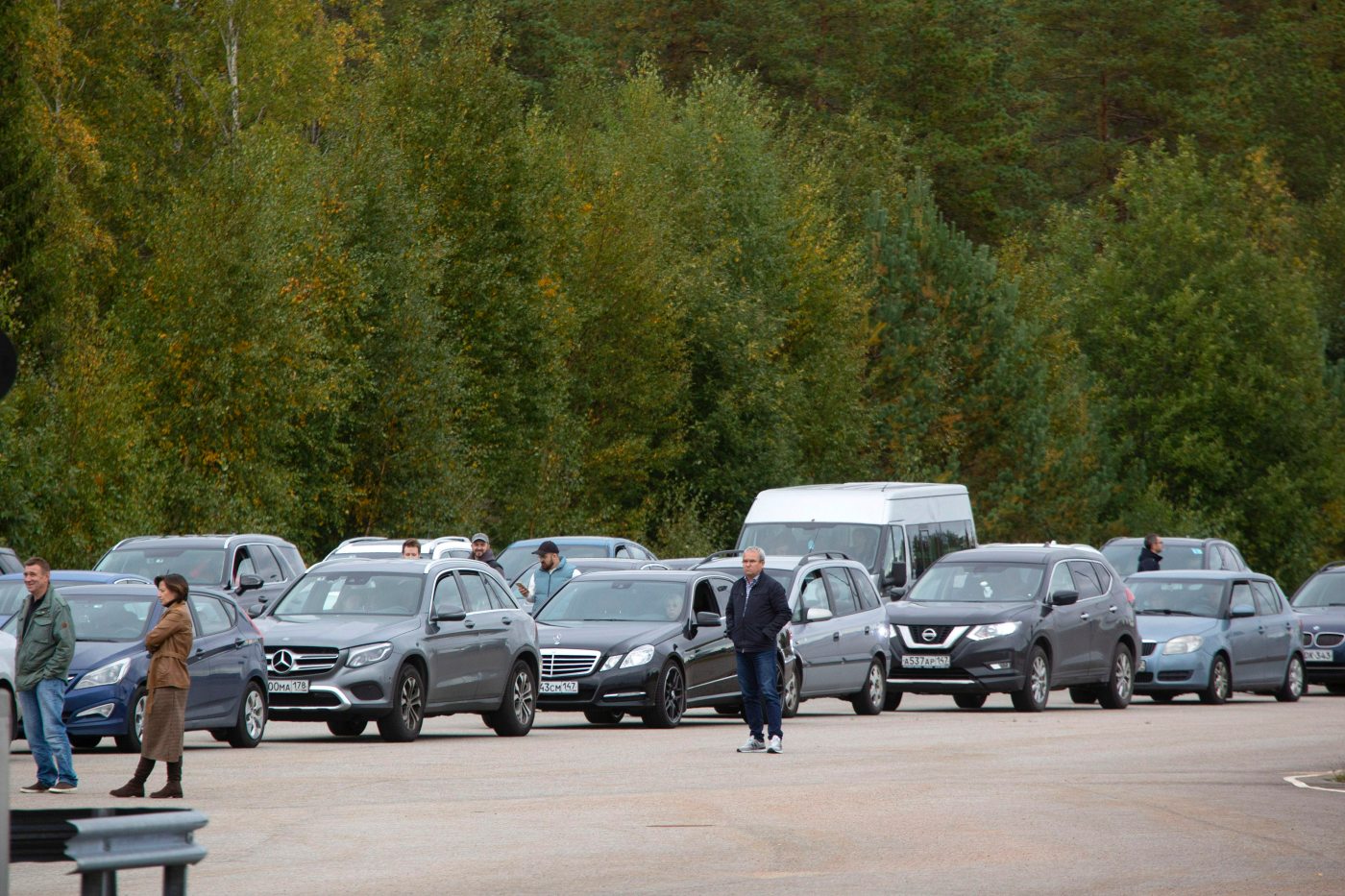 Queues stretching for 6 miles formed on a road leading to the southern border with Georgia, according to Yandex Maps, a Russian online map service.

The lines of cars were so long at the border with Kazakhstan that some people abandoned their vehicles and proceeded on foot — just as some Ukrainians did after Russia invaded their country on Feb. 24.

Meanwhile, dozens of flights out of Russia — with tickets sold at sky-high prices — carried men to international destinations such as Turkey, Armenia, Azerbaijan and Serbia, where Russians don’t need visas.

Among those who reached Turkey was a 41-year-old who landed in Istanbul with a suitcase and a backpack and plans to start a new life in Israel.

He referred to Russian President Vladimir Putin as a “war criminal.”

Yevgeny decided to flee after Putin announced a partial military call-up on Wednesday. The total number of reservists involved could be as high as 300,000.

Some Russian men also fled to neighboring Belarus, Russia’s close ally. But that carried risk.
The Nasha Niva newspaper, one of the oldest independent newspapers in Belarus, reported that Belarusian security services were ordered to track down Russians fleeing from the draft, find them in hotels and rented apartments and report them to Russian authorities.

Russian authorities tried to calm an anxious public about the draft.

Legislators introduced a bill Friday that would suspend or reduce loan payments for Russians called up for duty. News outlets emphasized that draftees would have the same status as professional soldiers and be paid the same, and that their civilian jobs would be held for them.

The Defense Ministry said that many people who work in high tech, communications or finance will be exempt from the call-up “to ensure the operations” of those fields, the Tass news agency reported.

White House press secretary Karine Jean-Pierre said the fact that Russians were leaving their country to avoid conscription shows that the war in Ukraine is “unpopular.”

The exodus unfolded as a Kremlin-orchestrated referendum got underway seeking to make occupied regions of Ukraine part of Russia. Kyiv and the West condemned it as a rigged election whose result was preordained by Moscow.