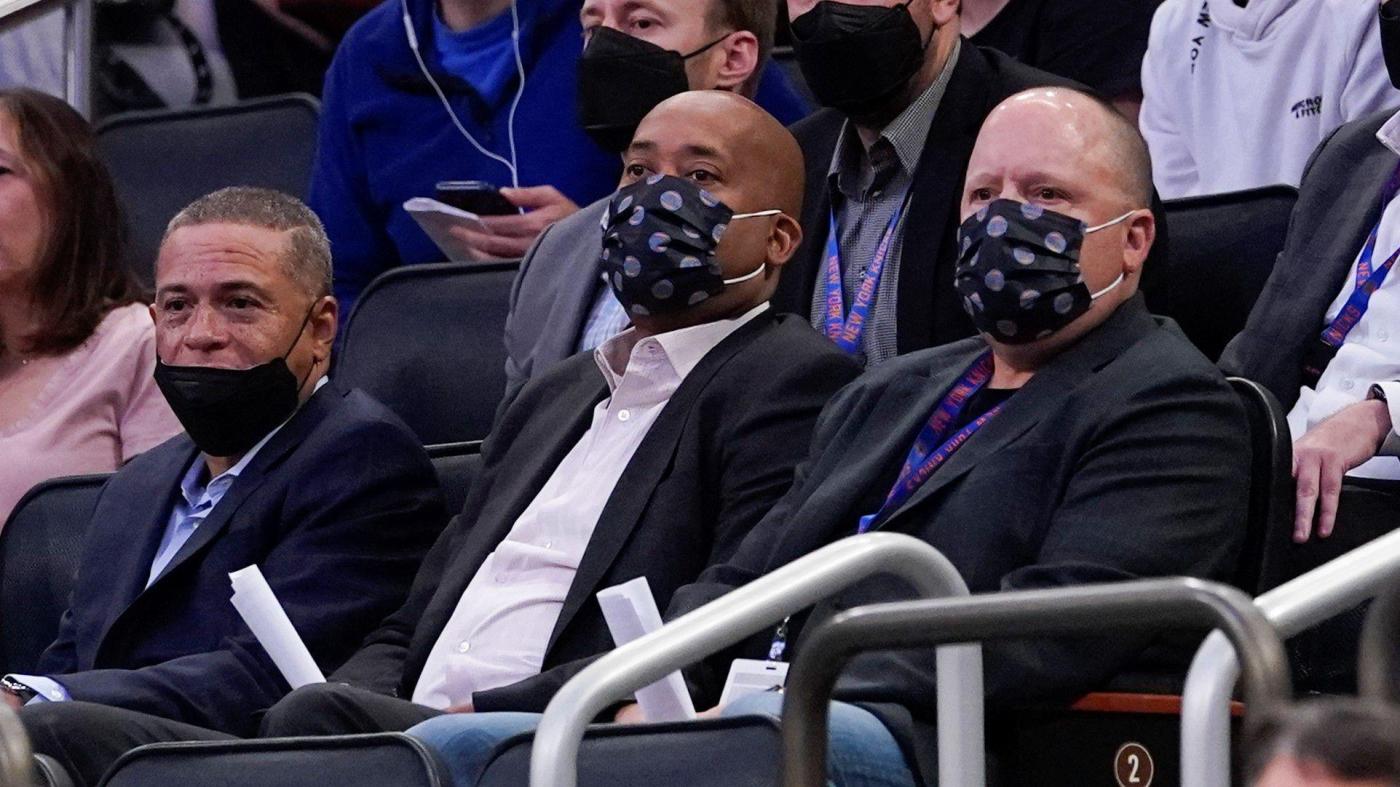 The Donovan Mitchell sweepstakes ended last week. The Knicks, favorites throughout the process, fell short because Danny Ainge took an offer from the Cavaliers.

There will be another time for an in-depth breakdown of Leon Rose’s offseason. A summer that kept the Knicks in their confusing zone between rebuilding and winning now. The short version is Rose used his lottery pick to clean up his past free agency mistakes and turn them into Jalen Brunson.

He then failed in the Mitchell negotiations, exposing flaws in the larger plan of accumulating assets for a blockbuster trade.

What were those flaws?

Either the surplus of prospects and picks have been overvalued by the Knicks. Or, Rose and William Wesley aren’t the master negotiators/relationship gurus they’ve been sold as.

At least not when their negotiations involve Ainge. As one NBA source said about Rose signing Brunson, Julius Randle and RJ Barrett to a combined $320 million over the last two summers, “That’s a lot of money for the play-in tournament.”

But again, we can break down their process at another time. Perhaps Rose will finally answer questions in this calendar year.

In the meantime, the outcome of the Mitchell negotiations provided a clearer picture of the Knicks’ roster ahead of training camp. Sure, potential trades are still looming. Russell Westbrook remains on the block. Cam Reddish wants to leave the Knicks for a bigger role. (“It’s clear Cam has no place there,” a source close to the 23 year old told the Daily News).

But the rotation certainly won’t get overhauled to the level of a Mitchell trade. Which allows us to take an uncluttered look at the aftermath. Four of the five starting spots are basically locked in.

Breakdown: Brunson was given a nine-figure deal to serve as the top playmaker and point guard. Providing clarity at a position that’s notoriously been in flux for the Knicks.

Fournier represents the Knicks’ best shooter but might not be the best fit next to Brunson considering their defensive deficiencies. Tom Thibodeau may look elsewhere for a starter, with Grimes as the leading candidate.

Rose, 33, returns after missing most of last season because of ankle surgery. If Rose is healthy, there will be no minutes for McBride.

Breakdown: Barrett and Randle will consume the majority of minutes at these positions. And even when they’re on the bench, Thibodeau will sometimes utilize a three-guard lineup to boost the offense. In other words, don’t expect more minutes for Toppin or Reddish.

It’s a conundrum since the fanbase is fully behind Toppin, chanting his name regularly at MSG last season while Randle imploded. Reddish, a free agent in 2023, has no clear path to playing time after being acquired for a first-round pick just last season.

For Thibodeau, the rules of this strategy are simple: if the Knicks win, the critics and angry reactions are silenced. Just like two seasons ago. If they lose, he and Randle become the targets. Just like last season.

Breakdown: Handing Robinson $60 million was a big gamble for the Knicks considering the injury and fitness concerns, but it was nice to see the player rewarded after four seasons on a low-paying contract.

The 24 year old is now the center of the present and the future, with an expectation he can finally crack 30 minutes per game.

Hartenstein provides another element as a playmaker and jump shooter, which leaves Sims. An elite athlete but undersized, without much of an opportunity barring injuries and foul trouble