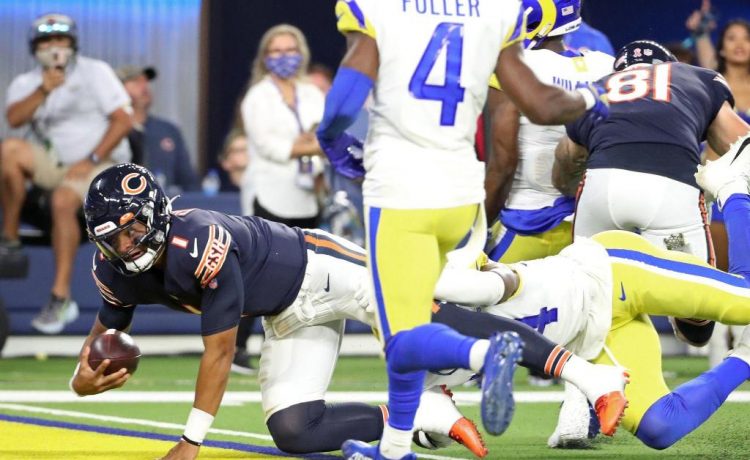 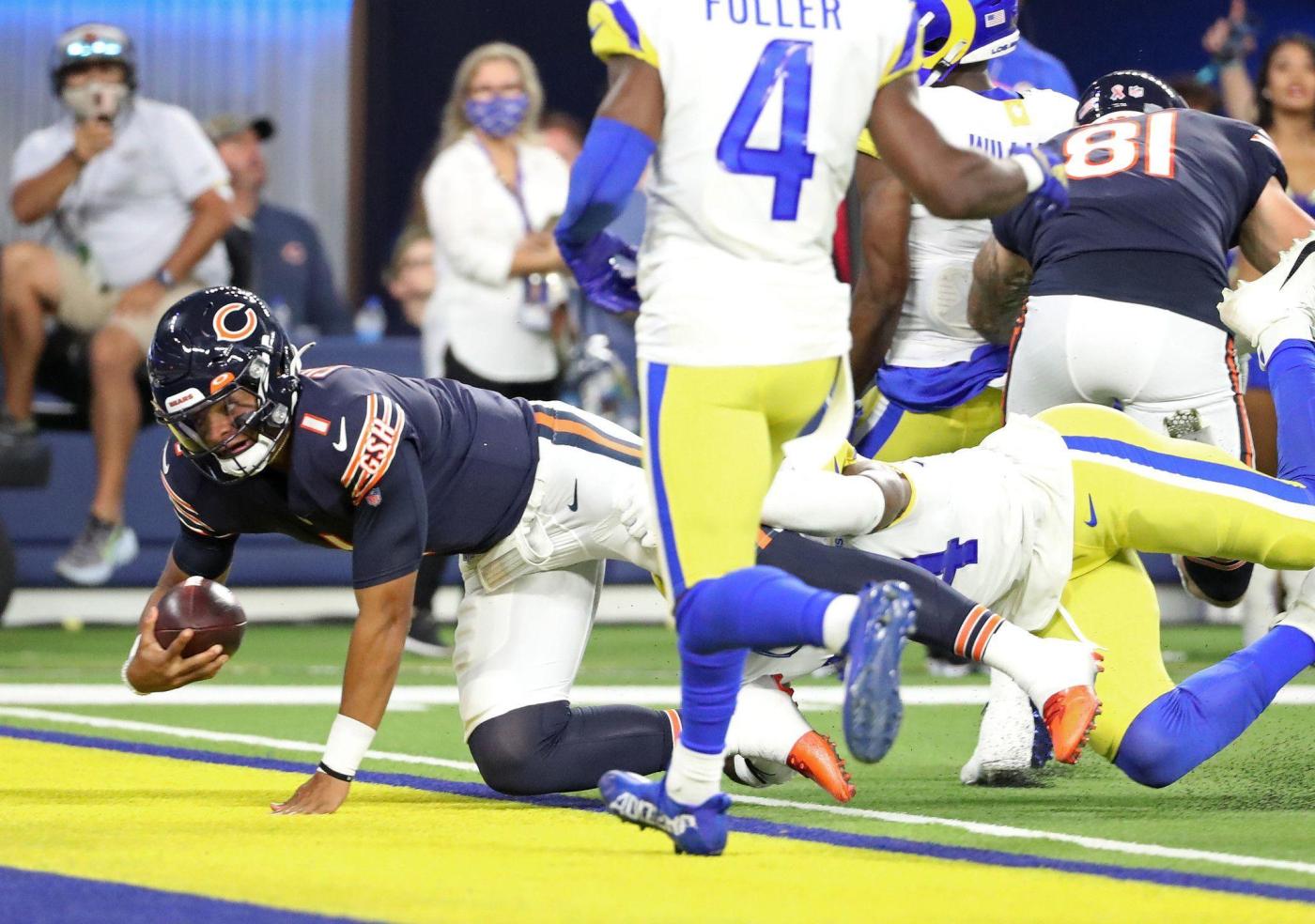 The Packers may have made costly mistakes in their 23-7 loss to the Minnesota Vikings in Week 1. But the Bears are preparing for the usual challenge at Lambeau Field against their NFC North rivals, who have won six straight and 11 of the last 12 meetings.

“I’m sure they’ve got a little chip on their shoulder coming off a loss,” Quinn said. “We’re not really concerned about them. We’re concerned about ourselves and what we have to do to win the game. They took a loss, and we won last week. But last week is last week. We’ve just got to prepare for this week and see if we can keep something great going in this locker room.”

So much about this game is in Packers quarterback Aaron Rodgers’ element. He had a 113.8 passer rating in eight home starts last year, owns a 109.1 rating in Sunday night games and has a 141.5 rating in his last four starts against the Bears, according to the NFL.

And after not throwing a touchdown pass last week as he adjusts to playing without wide receiver Davante Adams, Rodgers could get some offensive help with the potential returns of offensive linemen David Bakhtiari and Elgton Jenkins and wide receiver Allen Lazard, who all missed the opener.

Meanwhile, the Bears are trying to build on their scrappy 19-10 win over the San Francisco 49ers in Week 1, when they scored three second-half touchdowns for the win. But quarterback Justin Fields would like to get off to a better start this time.

“We know that that’s not the product that they wanted to put on the field or put on tape,” Bears quarterback Justin Fields said. “We know this week they’re going to come with something to prove, just because they didn’t have the game they wanted to have last week. We’re prepared for that. They’re probably not going to make as many mistakes as they did last week, so we’re just going to have to come out with a fast start and just put points on the board.”

The Bears listed rookie wide receiver/returner Velus Jones Jr. as doubtful to play as he continues to deal with a nagging hamstring injury that kept him out of the opener.

The Packers could be healthier than they were in the opener. Offensive linemen David Bakhtiari (knee), Elgton Jenkins (knee) and Jon Runyan (concussion) and wide receiver Allen Lazard (ankle) all were listed as questionable to play. Jenkins participated in Friday’s practice in full, while the other three were limited.

When the Chicago Bears left the field at halftime of Sunday’s season opener against the San Francisco 49ers down 7-0, the offensive coaches and players didn’t have a lot of positive stats to discuss on the rainy day.

The Bears didn’t reach 49ers territory until there were 2 minutes, 17 seconds left in the second quarter and even on that drive failed to get points because of an odd towel penalty on a field-goal attempt. Bears quarterback Justin Fields had completed 3 of 9 passes for 19 yards with an interception and a 2.8 passer rating. The Bears had 68 net offensive yards, and no wide receiver or tight end had a catch.

Yet as the Bears regrouped in the locker room for what would become a 19-point second half in a comeback win, Fields saw body language from offensive coordinator Luke Getsy that “brought everybody (to) their feet.”

Will Aaron Rodgers rebound from a bad Week 1?

It was music to Aaron Rodgers’ ears.

The four-time MVP quarterback has been impressed with Watson’s burst and figured it would be cool to give the newcomer from North Dakota State a chance to start his NFL career with some sizzle.

“We had talked about it. ‘Do you really want to start off with a bomb shot?’” Rodgers said. “I said, ‘Yeah. What the hell? Why not? Ya know? This kid can really fly. Let’s give him a chance.’”

By now, we all know what happened when that vision didn’t go as planned. Read more here.

Concerns over traffic, noise, property taxes, the impact on schools and the village’s thriving downtown, topped the list of concerns expressed by a half dozen Arlington Heights residents Monday night about a proposed Chicago Bears stadium and community development on the Arlington Park Racecourse property.

In a special meeting of the Arlington Heights Village Board, meeting as a Committee-of-the-Whole Monday night in the theater at Forest View Educational Center, village staff presented an overview of the village’s discussions with the Chicago Bears team officials regarding the team’s plans for Arlington Park. Staff also outlined next steps in the process. Read more here.