Todays Though > News > Excited for fall foliage in Massachusetts? Some trees won’t be as vibrant, dropping leaves earlier because of the drought
News

Excited for fall foliage in Massachusetts? Some trees won’t be as vibrant, dropping leaves earlier because of the drought 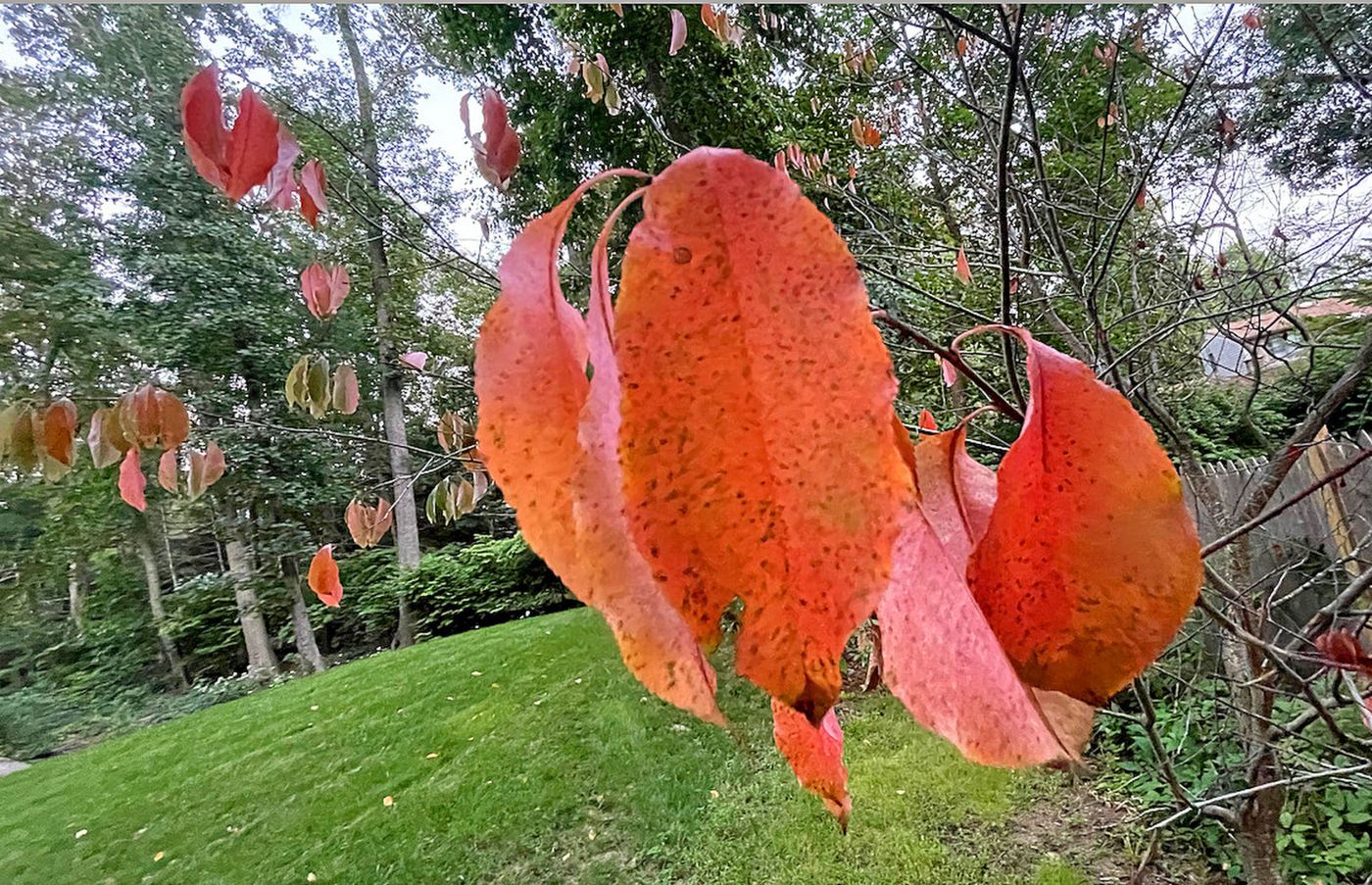 Are you one of those fall foliage lovers who can’t wait to take a long drive to check out colorful leaves? This autumn, unfortunately, might not be a great leaf peeping season.

Thanks to the severe drought across Massachusetts, some trees are not expected to be as bright as normal this year. Also, some leaves could change earlier than usual, while very stressed trees have already started to shed their leaves in early September.

“There are a lot of colors we’ll still see, but it might not be as brilliant and as vibrant as we’re used to,” Nicole Keleher, director of Forest Health for the Massachusetts Department of Conservation and Recreation, told the Herald on Monday.

The significant drought has put a major stress on trees across the Bay State, Keleher explained.

Trees have not received nearly as much water as normal, which means trees are not able to photosynthesize as much (remember that key chemical reaction from science class?). That leads to fewer sugars present in the trees’ leaves.

“That makes their leaves not as healthy as they should be, and that impacts what we see in fall foliage,” Keleher said.

Some tree species that are really stressed from the drought could drop their leaves very early to conserve water. Some trees are already starting to lose their leaves before the official start of fall.

“When the drought is so severe in certain sites, trees won’t go through the full process because they’ve been too dry, and they’ll just let the leaves go,” Keleher said.

More than 80% of the leaves from a tree at the National Weather Service’s Norton office have already fallen to the ground, according to meteorologist Torry Gaucher.

“When you have a severe drought like we’ve had this summer, trees are more susceptible to stressors that will play a role in this fall’s foliage,” Gaucher said.

There will likely be a large foliage gap between what drivers see on highways and major roads, compared to what people spot in the woods, Keleher noted.

Trees along highways are dealing with more impacts from wind and vehicle pollution, while trees in forests are more protected and fare better.

What about leaf peepers who want to check out Vermont and New Hampshire? Both of those northern states have also faced drought conditions, but it’s not nearly as severe as in Massachusetts.

“The whole Northeast is feeling this drought impact,” Keleher said. “You’ll probably see a similar impact up there, but it may be less pronounced.”

More than 86% of Massachusetts is facing a severe drought, according to the U.S. Drought Monitor.