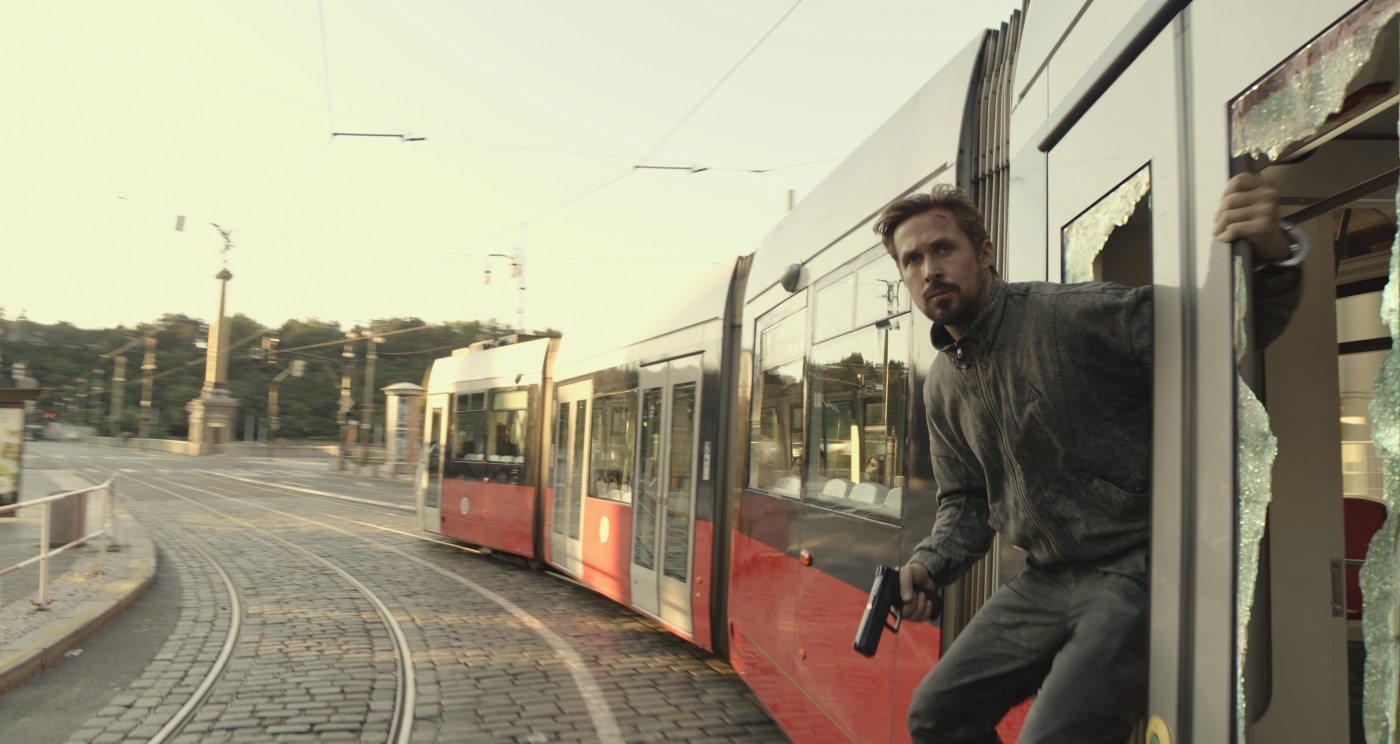 Among the many thrills of the Russo brother’s extravagant, $200 million action thriller “The Gray Man” is to see how easily they take a familiar template and play with conventions, expectations and characterizations.

Dumping the plot of Mark Greaney’s debut novel, also called “The Gray Man,” the Russos take the premise of a super-skilled rogue CIA agent, Court Gentry, and continually pit him against overwhelming odds that we know will not matter.

Gentry, like every Hollywood hero, needs to stay alive if he’s to fight in another movie.

The Russos plunge us into an elaborate and very intense op at the very start as a man with a retinue of bodyguards arrives at a packed Bangkok pleasure palace. He’s Gentry’s target and Gentry (Ryan Gosling, back in a mighty groove after missteps with “First Man” and “Blade Runner 2049”) is being monitored by CIA bigwigs back in Langley, Va., and assisted by CIA partner Dani (Ana De Armas).

But Gentry won’t shoot the little boy close by and lets the target move. The “target” is, like Gentry, a CIA black op. “After you kill me,” he warns Gentry, “they’ll be coming for you.”

He’s not wrong — and “The Gray Man” takes off for assorted points in Europe where a series of heavy duty confrontations leave extensive carnage and double-digit body counts.

Joe and Anthony Russo, who scored with the final two “Avengers” epics, know their story is one that’s been told many times. They take the challenge of keeping it light and still compelling quite seriously, delighting in an ever-expanding, jaw-dropping series of Court and Dani against the world — and trailed by high-tech drones who monitor every move.

As Gentry eludes capture, Chris Evans’ Lloyd Hansen, proudly sociopathic and truly evil, is sent to finish him for good. Evans manages to go big without ever succumbing to parody. He’s outrageously funny. But always scary.

What the Russos have done is sometimes breathtaking in not just the scale but the “Can you top this!” exuberance as wave after wave of assassins and equipment meet their ignoble end. It’s jaw-droppingly memorable fun.