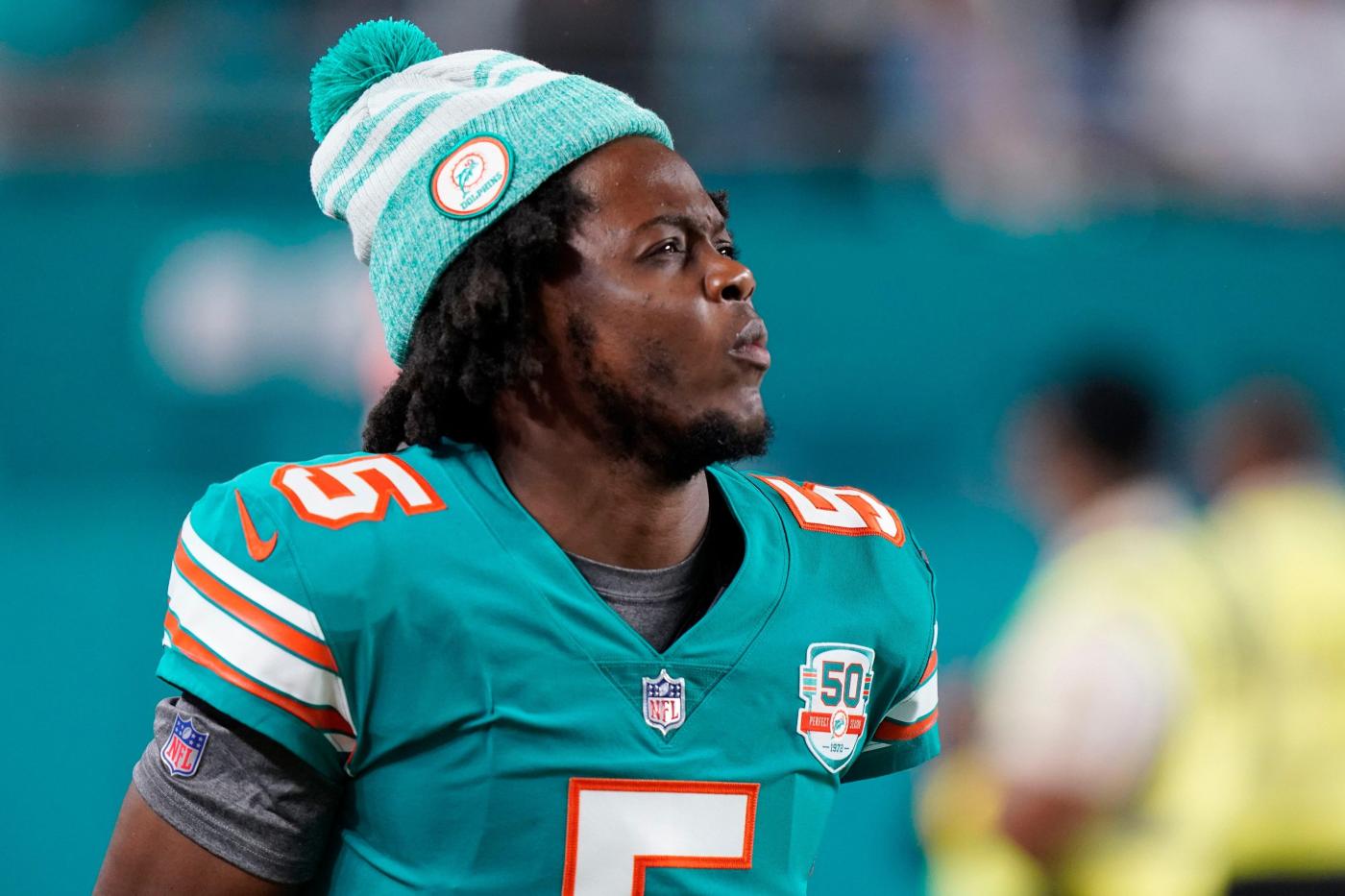 Coaches: The Dolphins’ Mike McDaniel is 8-7 in his first season as a head coach; Bill Belichick is 328-164, including playoffs, in his 28th head coaching season overall and 291-119 in his 23rd season leading the Patriots.

Series: The Dolphins lead the all-time series with the Patriots, 60-54, including playoffs, and have won four straight in the rivalry.

Noteworthy: The Dolphins, looking to snap a four-game losing streak, can clinch a playoff berth Sunday if they win and the New York Jets lose at the Seattle Seahawks. If both the Dolphins and Jets win in Week 17, they create a winner-take-all Week 18 finale for the final AFC wild card spot. If Miami loses in New England, the Dolphins need to beat the Jets next week and have the Patriots lose at the Buffalo Bills in their finale. …

Miami will have to go into Foxborough with backup quarterback Teddy Bridgewater leading the way after Tagovailoa was learned to have suffered a concussion in last Sunday’s loss to the Green Bay Packers. Bridgewater, a Miami native with 64 career NFL starts to his credit, will be relied upon to take his hometown team into the playoffs. …

The Dolphins’ game at Gillette Stadium will actually be played in a warmer temperature than last Sunday’s home loss to the Packers, when it was 46 degrees at kickoff, marking the franchise’s second-coldest home game. …

Playing in New England is a homecoming for Massachusetts native in Dolphins defensive tackle Christian Wilkins, as well as tight end Hunter Long, who is from New Hampshire, and nose tackle John Jenkins, a Connecticut native.