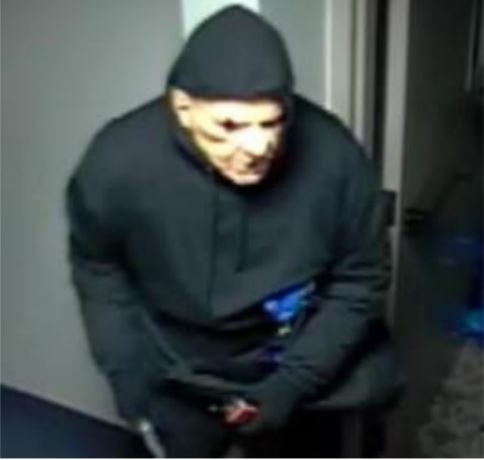 Three employees had just started opening the Rockland Trust bank in Tisbury on Martha’s Vineyard when three men wearing all-black clothing and matching masks that an FBI agent described as looking like “the face of an elderly man with exaggerated facial features” came in and a robbery commenced.

On Friday, the feds announced that they had filed charges against Miquel Antonio Jones, 39, of Edgartown, and Omar Odion Johnson, 32 of Canterbury, N.H., men they believe to be part of the crew that took Rockland Trust for $39,100 the morning of Nov. 17.

The men are both already in state custody and will appear on federal charges of one count each of armed bank robbery at federal court in Boston at a later date.

Jones was nabbed first, arrested on Nov. 19 on state charges of accessory after the fact and charged in Edgartown District Court on Nov. 28 with armed and masked bank robbery.

On Nov. 25, the Edgartown court issued a criminal complaint and warrant against Johnson, who was soon picked up in New Haven, Conn., and now awaits arraignment on those state charges.

Tisbury Police Department officers were dispatched to the bank at 8:15 a.m. Nov. 17, where they met with three very shaken up bank employees who had said the men came in with dark-colored clothing and matching facemasks featuring “the face of an elderly man with exaggerated facial features,” according to an FBI affidavit filed Thursday.

They say the men carried semi-automatic handguns and at least one of them spoken in a Jamaican accent. They identified the manager and then held a gun to his head, the employees said according to the affidavit, and kept it pointed at him as he unlocked the vault on the ground floor.

The robbers then bound the employees with duct tape and zip ties and made off in one of the employee’s black Nissan Murano with 2,250 bills from the vault, totalling $39,100, the affidavit states.

As the police spoke with the employees, according to the affidavit narrative, a passing public bus’ surveillance camera would pick up the Murano at 8:29 a.m. as it made its way toward the parking lot of the Manuel Correllus State Forest in Edgartown, about 2.3 miles away. Law enforcement would soon locate the car and would search it, but the suspects were nowhere to be found.

Charging documents say that police were able to locate three of the 200 $100 bills seized from the vault, and found clothing consistent with those worn in the crime in Jones’ car, a black handgun from Johnson’s home, and money transfer paperwork showing $700 sent to Jamaica.

Further, investigators say that they found a glove, a paper money band, a zip tie and rubber bands, items theft say are consistent with the robbery, during a search of a Tisbury farm where Jones worked as part of a landscaping crew. Also at the site, according to docs, was a burned area with two semi-automatic handguns buried a few inches underground nearby.