Feds keep kicking the can on Real ID 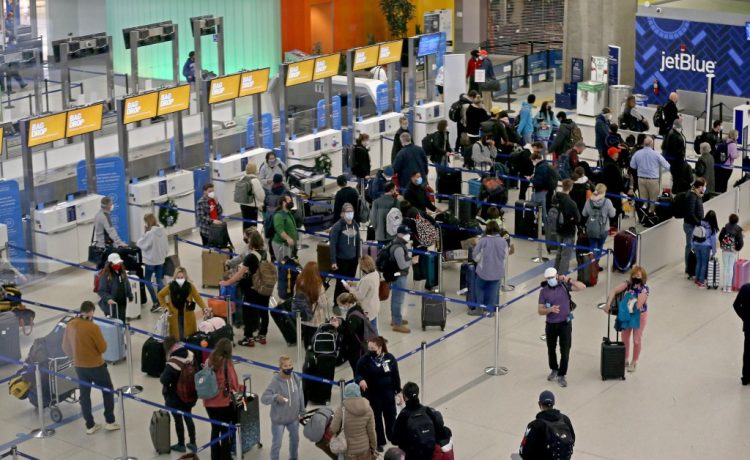 More than 20 years after 9/11, Americans are still taking their shoes off at airport checkpoints and remain prohibited from packing larger bottles in their luggage. Yet the folks at the Department of Homeland Security continue to be flummoxed about how to implement more stringent identification requirements for airline passengers.

On Monday, the department announced that it was again delaying enforcement of the Real ID Act, which Congress passed 17 years ago. The legislation imposed certain standards on states for issuing driver’s licenses and ID cards, forcing recipients to provide additional documentation. The purpose was to enhance travel security by improving the reliability of state-issued identification.

The latest extension means air travelers have been granted a two-year reprieve and won’t need federally approved IDs until May 2025.

Department officials blame the most recent delay on the coronavirus, claiming that “Real ID progress over the past two years has been significantly hindered by state driver’s licensing agencies having to work through the backlogs created by the pandemic.” But this ignores the fact that missed deadlines have been a feature of the law from the outset. The act was initially supposed to be applied in 2008, and the latest delay is the seventh time enforcement has been pushed back.

The real problem is that many Americans still don’t have the upgraded licenses. According to the DHS, only 43% of state-issued IDs as of 2021 met the law’s requirements. Many people still don’t realize that at some point they will be unable to board a flight without the Real ID or a passport. Imagine the chaos — and the effect on airlines and airports — if half of all travelers were turned away because they had only a traditional driver’s license.

Those in the travel industry have warned of disruptions. In 2020, Kevin Burke, president and CEO of The Airports Council-North America, told NBC News that enforcement of the law is “a crisis waiting to happen.” He added, “If the government doesn’t make a definitive statement now that they’re going to extend this, then we’re going to have a real crisis on our hands.”

Equally important, however, is the debate over whether the Real ID will actually have any significant impact on airline safety. Homeland Security officials have been unable to enforce the requirement for 17 years, yet the nation has avoided a repeat of 9/11. “There is precious little in way of evidence supporting the idea that this additional hurdle could prevent terrorism,” notes Reason magazine’s Emma Camp.

Attempting to minimize disruptions that will accompany enforcement of the new ID policy makes sense. But disruptions are inevitable. If Congress isn’t willing to live with that after nearly two decades, perhaps it should reconsider imposing this mandate at all.