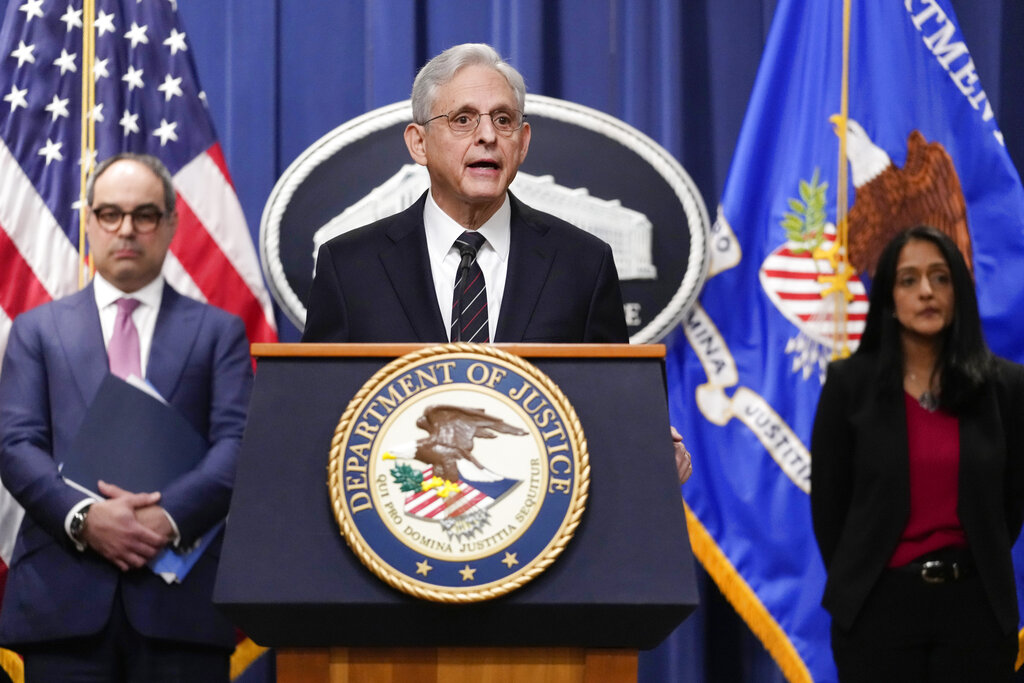 The Justice Department and eight states sued Google on Tuesday, alleging that its dominance in digital advertising harms competition as well as consumers and advertisers — including the U.S. government.

The government alleges that Google’s plan to assert dominance has been to “neutralize or eliminate” rivals through acquisitions and to force advertisers to use its products by making it difficult to use competitors’ products.

The antitrust suit was filed in federal court in Alexandria, Virginia. Attorney General Merrick Garland said Tuesday that “for 15 years, Google has pursued a course of anti-competitive conduct” that has halted the rise of rival technologies and manipulated the mechanics of online ad auctions to force advertisers and publishers to use its tools.

Alphabet Inc., Google’s parent company, said in a statement that the suit “doubles down on a flawed argument that would slow innovation, raise advertising fees, and make it harder for thousands of small businesses and publishers to grow.”

The retail giant said Tuesday that it will launch RxPass, a subscription service for customers who have Prime memberships. Amazon said people will pay $5 a month to fill as many prescriptions as they need from a list of about 50 generic medications, which are generally cheaper versions of brand-name drugs.

The company said the flat fee could cover a list of medications like the antibiotic amoxicillin and the anti-inflammatory drug naproxen.

Sildenafil also made the list. It’s used to treat erectile dysfunction under the brand name Viagra and also treats a form of high blood pressure.