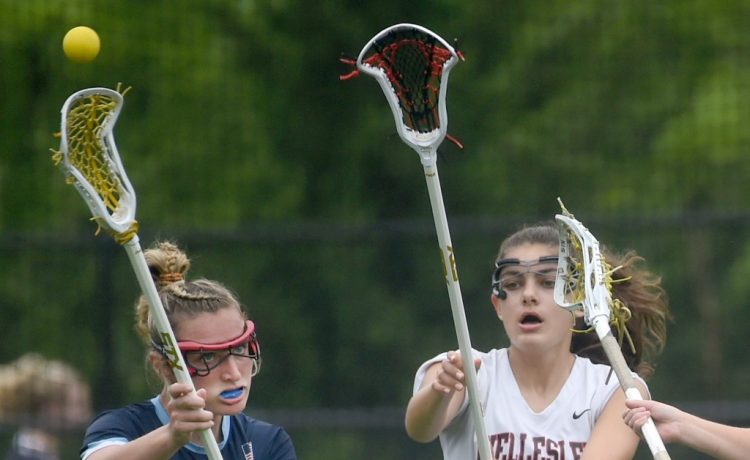 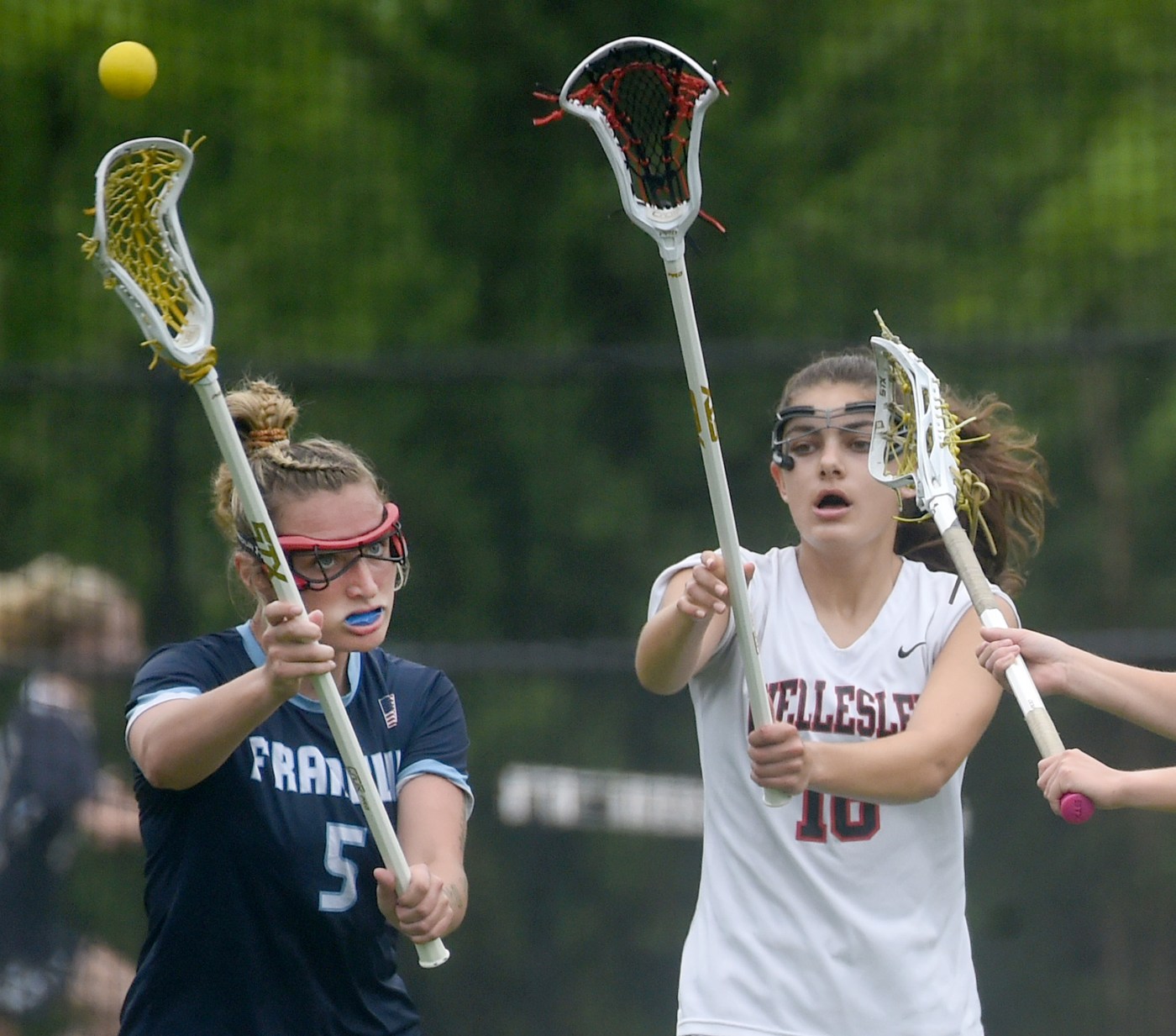 The Bay State Conference MVP dominated from the midfield, dishing 18 assists and scoring 16 goals to lead the Porkers back to the Div. 1 title game. The junior was selected to the NFHCA All-Region Team and is will play at Quinnipiac.

Collins more than doubled her career points with 36 goals and 22 assists this year, earning her second Hockomock League All-Star selection and league MVP honors. The junior honor roll student also plays lacrosse and for Lead the Way Field Hockey Club in the offseason.

The four-time Cape & Islands League All-Star selection was instrumental toward Monomoy’s return to the Div. 4 state semifinals, posting six goals and 13 assists. A senior, Dimock leaves as a member of the National Honors Society and an Honor Roll student, heading to play field hockey at Bryant next fall.

A three-time Boston Herald All-Scholastic, the senior capped off a 14-goal, 17-assist season with a second straight Div. 3 state title and a Middlesex League co-MVP award. Driscoll heads to Boston University next year after accruing 106 career points and three Middlesex League All-Star selections. The three-sport athlete was also selected to the Best of 60 All-Star game and is a high honor roll student.

Driscoll proved to be one of the most prolific scorers in the state once again with 41 goals and 12 assists, leading Watertown in points to help it secure a second straight Div. 3 state title. The junior has been a Middlesex League All-Star all three years, already amassing 89 goals and 48 assists. Also an ice hockey star, Driscoll is a high honor roll student.

Downing dominated again for Franklin, earning a Hockomock League All-Star selection off 14 goals and nine assists. The senior captain serves as vice president of the class of 2023 and is a member of the National Honor Society. Downing is also a league MVP in ice hockey and plans to be a pre-veterinary major in college.

With 14 shutouts and an 87-percent save-percentage, Garlitz starred in goal amid a second Cape Ann League All-Star campaign and a trip to the Div. 4 state final. The four-year starter leaves with a 52-14-7 record, is a two-sport athlete, a member of the National Honor Society, earned an academic excellence award, and has a 4.8 GPA.

Harvey was a force all year in goal for the Raiders within a trip to the Div. 3 state semifinals. Her 12 shutouts helped her earn Tri-Valley League Small MVP honors, as well as a league all-star selection. The AP and honors student couldn’t add to her 2019 state title in her third year on varsity this year, but she’ll have a chance to help the lacrosse team to a third straight state title this spring before playing field hockey for Endicott next year.

After a breakout junior year at center-back, Jacobs was even better in her senior campaign this season to help guide a strong defense to a repeat Div. 1 state final trip. With nine goals and six assists from the back line, Jacobs earned a Bay State Conference All-Star selection and a spot on the Best of 60 Senior All-Star roster. A member of the National Honor Society and Student Council, Jacobs takes her talents to Bentley next fall.

Loftus leaves a lasting legacy for Watertown, earning a third Boston Herald All-Scholastic selection with 25 goals and 22 assists this year as a defender. One of the core members of the Raiders’ consecutive Div. 3 state titles, Loftus finished her career with 116 points and played in the Best of 60 Senior All-Star Game. She’s an honor roll student and will play for Brown University next fall.

MacLean, a two-time Boston Herald All-Scholastic, played a critical role for the Golden Warriors’ back-to-back Div. 1 state title victories with 15 points and five defensive saves. The Merrimack Valley Conference All-Conference senior earned a spot in the Best of 60 Senior All-Star Game and is a three-sport captain. She’s also a National Honors Society member, is a High Honors student and earned awards in web design and pre-calculus.

Malo lit up the scoreboard with 17 goals and 13 assists this year, receiving NFHCA High School All-Region honors and was a Best of 60 All-Star. The Dual County League All-Star is also a three-year varsity lacrosse player and was a NFHCA High School National Academic Squad selection. She heads to Tufts for field hockey next year.

Through two years of the Catholic Central League’s existence in the sport, Meehan has won MVP honors in both seasons. The third-year varsity player has been a CCL All-Star every year, and is already committed to play Div. 1 field hockey at Penn State. Meehan is a three-year honor roll student and a member of the Spanish National Honor Society.

Neptune earned a Dual County League All-Star selection in goal for Concord-Carlisle with seven shutouts. Her 20 clean sheets over the last two seasons helped the Patriots reach the Div. 1 state semifinals last year, adding to her National Honors Society membership and Class Act Award in school. Neptune is a three-sport athlete, co-president of the MVP Club, leader of the Red Cross Club, a member of the Student Senate and a member of the Black Student Union.

The senior forward notched 12 goals and eight assists this season, helping lead Danvers to a rare trip to the Div. 2 state semifinal round. She earned a second Northeastern Conference All-Star nod and was a Best of 60 Senior All-Star selection. Purcell is a National Honor Society member and ice hockey player, still undecided on where she’ll go to college next year.

A three-year Cape Ann League All-Star, Ragusa dominated the midfield once again to earn CAL Player of the Year honors while leading Newburyport to a CAL title and the Div. 3 state semifinals. The senior earned honor roll and high honor roll in every semester of school, is a National Honor Society member, is the Student Council president, and volunteers at her local hospital. She heads to Tufts for field hockey next year.

Through four years on varsity, the senior star saved the best for last with 14 goals and 28 assists – doubling her career point total. A two-time Boston Herald All-Scholastic midfielder, Serra was Merrimack Valley Conference First-Team All-Conference and a NFHCA All-Region selection. Also a star on the ice hockey and lacrosse teams, she excels in the classroom as an Honor Roll student and is member of the National Honors Society and Spanish National Honors Society. She’s a youth coach in all three sports, but heads to UMass next year for field hockey.

Souke helped the Knights reach a second straight Div. 3 state final with 26 goals and nine assists. The senior finishes with 44 career goals, but scores plenty in ice hockey as well. The three-sport athlete looks to attend school somewhere in New England next year to study communications.

Sturgis dazzled again with 46 goals and 12 assists this year to help her earn a second Boston Herald All-Scholastic nod. The senior’s contributions toward a second trip to the Div. 2 state semifinals led to a second Northeastern Conference Player of the Year selection and a spot on the Best of 60 All-Star roster. The three-time all-star finishes her career with 121 goals and 58 assists. She’s also on the indoor track and lacrosse teams, and a National Honor Society member. She’ll study biology and play field hockey at Holy Cross.

As part of a Middlesex League Liberty MVP season, Ward scored 14 goals and dished 13 assists to also make the league all-conference team. The junior has a lot of international playing experience, twice selected to the AAU Junior Olympics and thrice selected to Canada’s Junior Women’s National Teams. A member of the National Honor Society, Ward made the Principal’s List, is an Honor Roll student and enjoys the outdoors. She’s committed to UMass.