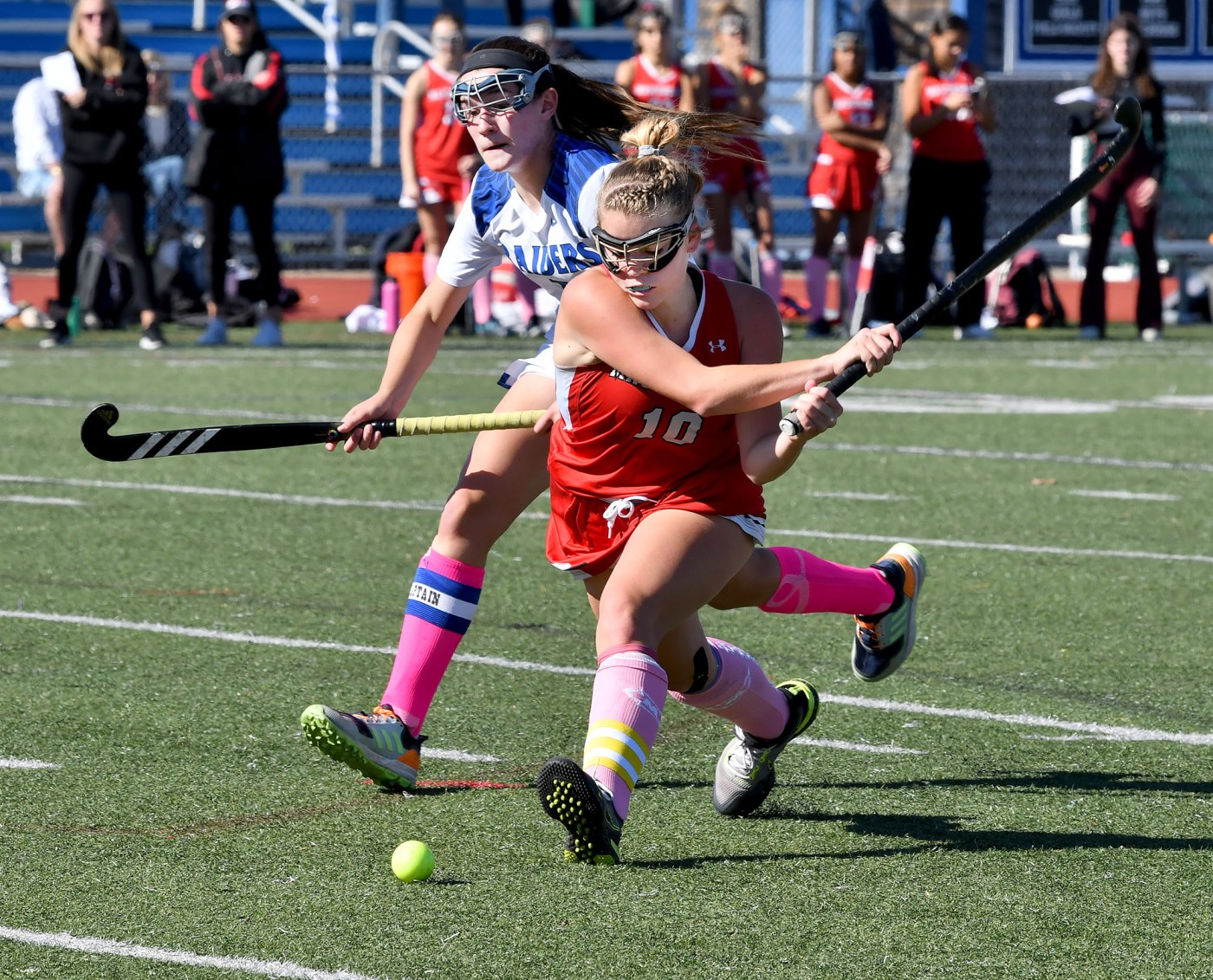 It felt just like yesterday that the regular season was kicking into gear, and now, after a wild assortment of playoff bids, the second installment of the statewide tournament is underway.

In Div. 1, the regular season resembled a crash course for a highly-anticipated rematch in the state final. Last year’s runner-up Walpole (17-1) grabs the top seed, with its only blemish coming 96 miles away on grass. Its skill matches reigning champion Andover, though the second-seeded Golden Warriors (17-1) look primed as the favorite with extensive depth and leadership around arguably the best player in the state in Emma Reilly.

Plenty of Dual County League power stands in the way of both. Mae Shoemaker’s No. 15 Acton-Boxboro knows a thing or two about playoff matchups with Andover should it get past No. 18 Wellesley, while No. 17 Lincoln-Sudbury has something to prove against No. 16 Concord-Carlisle after missing playoffs last year.

Central Mass. is well-represented, with No. 3 Shrewsbury and No. 4 Wachusett ready to translate a string of signature wins toward strong Final Four bids.

Add falling out of the top-four to fifth-seeded Franklin’s revenge tour, which has the firepower to get back to the state semifinals. Seventh-seeded Bishop Feehan continues to turn heads with just one loss, pairing with No. 6 Chelmsford as teams capable of avenging last year’s early exits.

Twelfth-seeded Needham leads a crew of sleeper Bay State Conference teams, followed by No. 10 Natick and No. 11 Braintree. No. 8 Winchester, No. 9 Hingham and No. 22 Lexington are fellow dangerous teams, while No. 28 Barnstable shouldn’t be counted out so fast.

Top-seeded Masconomet’s narrative is on repeat in the Div. 2 field, carrying an undefeated record into the tournament as the favorite once again. The loss in the state semifinals last year doesn’t cut it for a team with one of the top scorers in the state in Maggie Sturgis, hungry for a very possible rematch with No. 2 Nashoba at the end of the tunnel.

No. 4 Longmeadow proved its merit as a major threat against a bevy of contenders across multiple divisions this season. Andover is the only team outside of No. 3 Reading to give perennial power Watertown a close game, so expect a quality deep bid despite a looming matchup with Northeastern Conference juggernaut No. 6 Danvers.

No. 14 Oliver Ames and No. 19 Plymouth North flash scoring pop in arguably the best first-round matchup of the field, while new-look No. 13 Hopkinton versus No. 20 Nauset stands as a close second.

No. 12 Bishop Fenwick and No. 11 Somerset Berkley shouldn’t be slept on in the early rounds. Neither should reigning champion No. 9 Westwood (12-4-2), which is somehow an underdog. Seventh-seeded Falmouth stands just as good a chance as any for a deep run out of the Cape and Islands League, too.

Much like Andover and Walpole, the Div. 3 field invites a good chance for a rematch of last season’s title game. Top-seeded Watertown (17-0) displayed its usual dominance, looking to repeat as the favorite despite the elite status of a re-tooled No. 2 Sandwich (16-0-1) ready for revenge.

The North Shore is loaded with potential, as No. 3 Gloucester looks like a real threat to emerge in the Final Four. No. 6 Newburyport, No. 7 Swampscott, No. 9 Triton, No. 13 North Reading and No. 18 Pentucket will cause trouble.

Fourth-seeded Dover-Sherborn and fifth-seeded Foxboro were two of the last remaining undefeated teams, setting up the most enticing quarterfinal in the field. Sleeper No. 10 Hanover could also open some eyes in this tournament.

Leave it to the reigning champion to be the only undefeated team in Div. 4, as top-seeded Uxbridge (18-0) has won its last 29 games to stand as the favorite. But for as loaded as the Spartans offense is, this field carries the most parity of all.

A healthy mix of teams across the whole state fills the top and bottom of the bracket, leading to a lot of unfamiliar matchups. Second-seeded Manchester-Essex is built to withstand anyone, though, as a 1b favorite in the field. But reigning state runner-up No. 10 Ipswich is one of the few who could get in the way in the quarterfinal should it survive a tough seventh-seeded Lunenburg team.

Third-seeded Cohasset was battle-tested by the best in the state and figures to make it further than its surprising quarterfinal exit last year. A young No. 19 St. John Paul II program hopes to meet it in the second round, though No. 14 Sutton will be tough. No. 6 Case and No. 11 St. Mary’s (L) will be a great second-round matchup.

Picking up steam is No. 4 Monomoy, red-hot entering the playoffs. It’ll be tough to stop it, but fifth-seeded Lynnfield has realistically high ambitions out of a loaded Cape Ann League. No. 16 Franklin County Tech will be interesting to watch with a similar record but a much higher seeding than it got last year, facing Cape and Island League-tested No. 17 Nantucket.

Best First Round Matchup – No. 11 Braintree vs No. 22 Lexington

Possible Upset – No. 7 Falmouth over No. 2 Nashoba

Best First Round Matchup – No. 14 Oliver Ames vs No. 19 Plymouth North

Best First Round Matchup – No. 15 Medway vs No. 18 Pentucket

Possible Upset – No. 10 Ipswich over No. 7 Lunenburg

Best First Round Matchup – No. 12 Pioneer Valley vs No. 21 Littleton