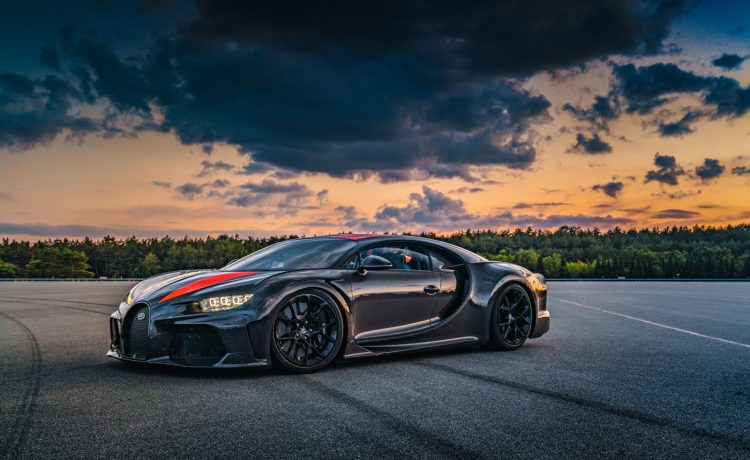 Bugatti has delivered the last of its record-breaking Bugatti Chiron Super Sport 300+ models, which means the 30-example production run has finished.

When the Chiron Super Sport 300+ smashed through the 300 mph barrier in 2019 the world took notice. Never before had a production car reached such speeds and thus instantly grabbed a spot in history and now stands as a marker in the quest for ever greater performance and speed.

Following the world record success, during a celebration of Bugatti’s 110th anniversary, Bugatti committed to building 30 examples of the record-breaking car for customers, the last of which has now gone to its private home.

Christophe Piochon, President of Bugatti Automobiles, said: “In the long history of Bugatti, there are vehicles that come to define their era. The Type 35 transformed motor racing, the Type 41 Royale redefined opulence, the Type 57 SC set new standards for design, and now there is the Chiron Super Sport 300+, hitting speeds that were long thought to be impossible in a production car. Its achievements have secured it legendary status in the Bugatti history books, and we’re delighted to have seen all 30 examples of the Chiron Super Sport 300+ delivered to some of our most passionate customers.”

All 30 examples of the Chiron Super Sport 300+ are now delivered, each one of them a unique piece of automotive history as well as one of the fastest and most technically advanced cars in the world.

The cars sold for around £3.1 million (approx. R63 million) apiece and feature exposed carbon fibre bodywork with orange accents that pay homage to the original Bugatti Veyron Super Sport World Record Edition, which was the fastest production road car in 2010.