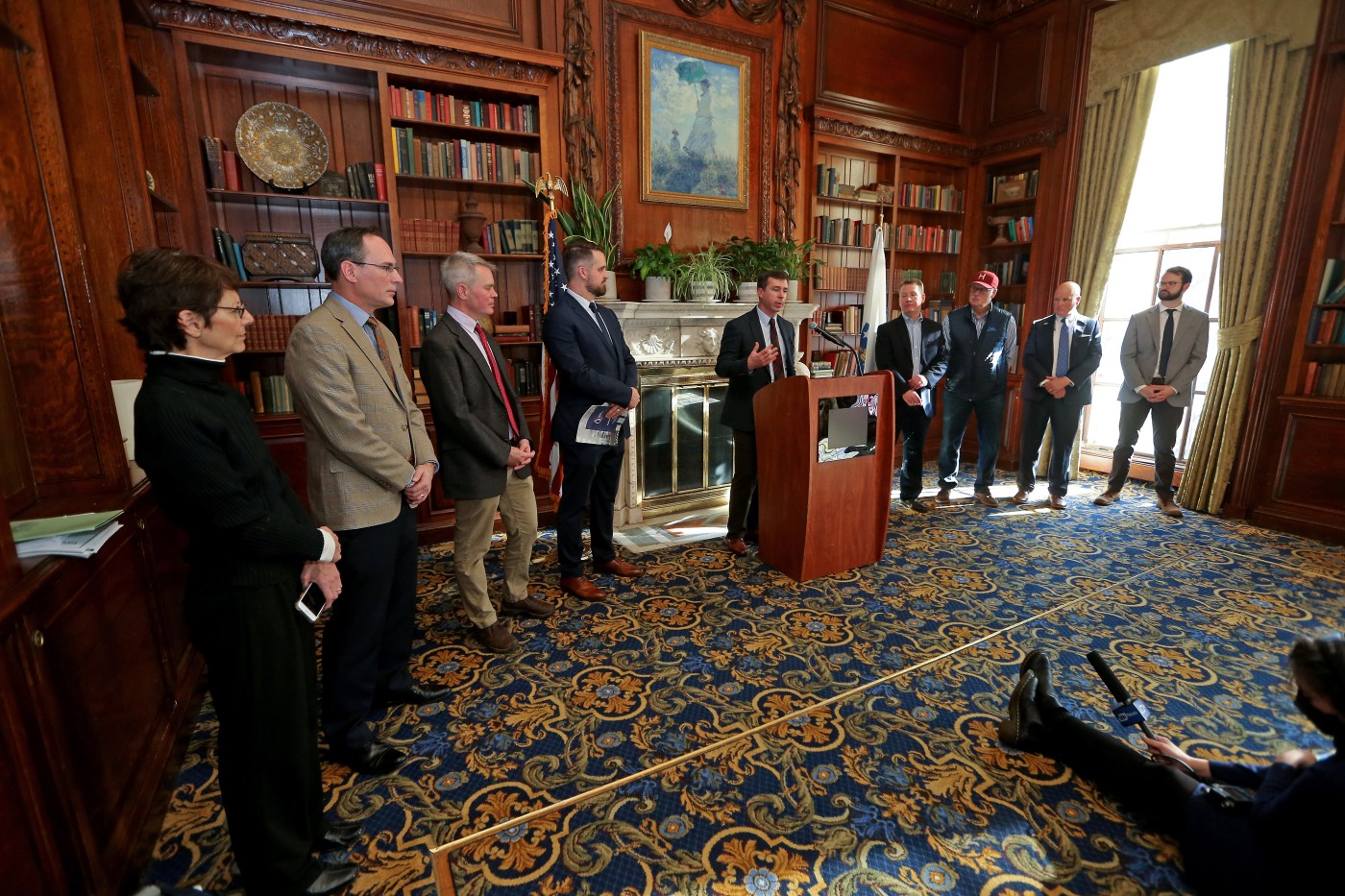 As money gets tight, fiscal watchdogs say collaboration is the key.

The watchdogs gathered in Boston at the historic Portsmouth House Tuesday to discuss the many ways New England states can work together to fight toughening economic conditions, deal with inflation and rising energy costs.

“All of the New England states are very unique, but we do have some common themes,” Paul Craney, a spokesman for the Massachusetts Fiscal Alliance, said to open the New England Summit on Tuesday. “What unites us are our cost of living, energy issues and of course economic competitiveness.”

Craney, joined by representatives of the Boston-based New England Legal Foundation, New Hampshire’s Josiah Bartlett Center, Maine Heritage Policy, the Ethan Allen Institute of Vermont, the Rhode Island Center for Freedom and Prosperity and the Yankee Institute of Connecticut, said the meeting aimed to help the six states work together as a region with similar problems and goals, instead of separately.

“We are all on the same grid, unfortunately, and we all have a problem with energy supply, and not enough energy to meet demands” Craney said by way of example. “The economic competitive issues in New England, we all seem like we’re in a bit of a freefall.”

According to Craney, “arbitrary” rules around gas importation and other energy markets are making the threat of rolling blackouts a real concern for residents in the cold prone New England states. Higher taxes and home costs are causing residents to flee to zip codes in Florida or Texas, where housing is far cheaper and taxes much lower, he said.

Andrew Cline, President of the Granite State’s Josiah Bartlett center, said his state is successful compared to the other states around it precisely because of their lax fiscal policies.

Of particular concern for Craney’s organization is Question 1, or the Fair Share Amendment, which as of this year and following the November general election will tax all incomes over $1 million and extra 4% over the state’s flat 5% tax rate. That tax, Craney said, will only further exacerbate an already bad tax situation in Massachusetts.

“We’re hoping and encouraging Gov. (Maura) Healey to keep her tax cut promise,” he said. “If Massachusetts ever wants to be competitive, not just in this region or in the country, it needs to respond to that ballot question.”

Healey, during her campaign for office and after, has said she supports some form of target tax relief, aimed at seniors, renters and low income families.

The groups also took aim at renewable energy projects, saying the output would never meet demand and that more pipelines would be needed to meet energy requirements. Some advocated for the expansion of nuclear energy.

“There might be an environmental left movement out there, but there’s a freedom, pro-energy movement forming here in New England as well,” Mike Stenhouse, founder and CEO of Rhode Island Center for Freedom and Prosperity, said.