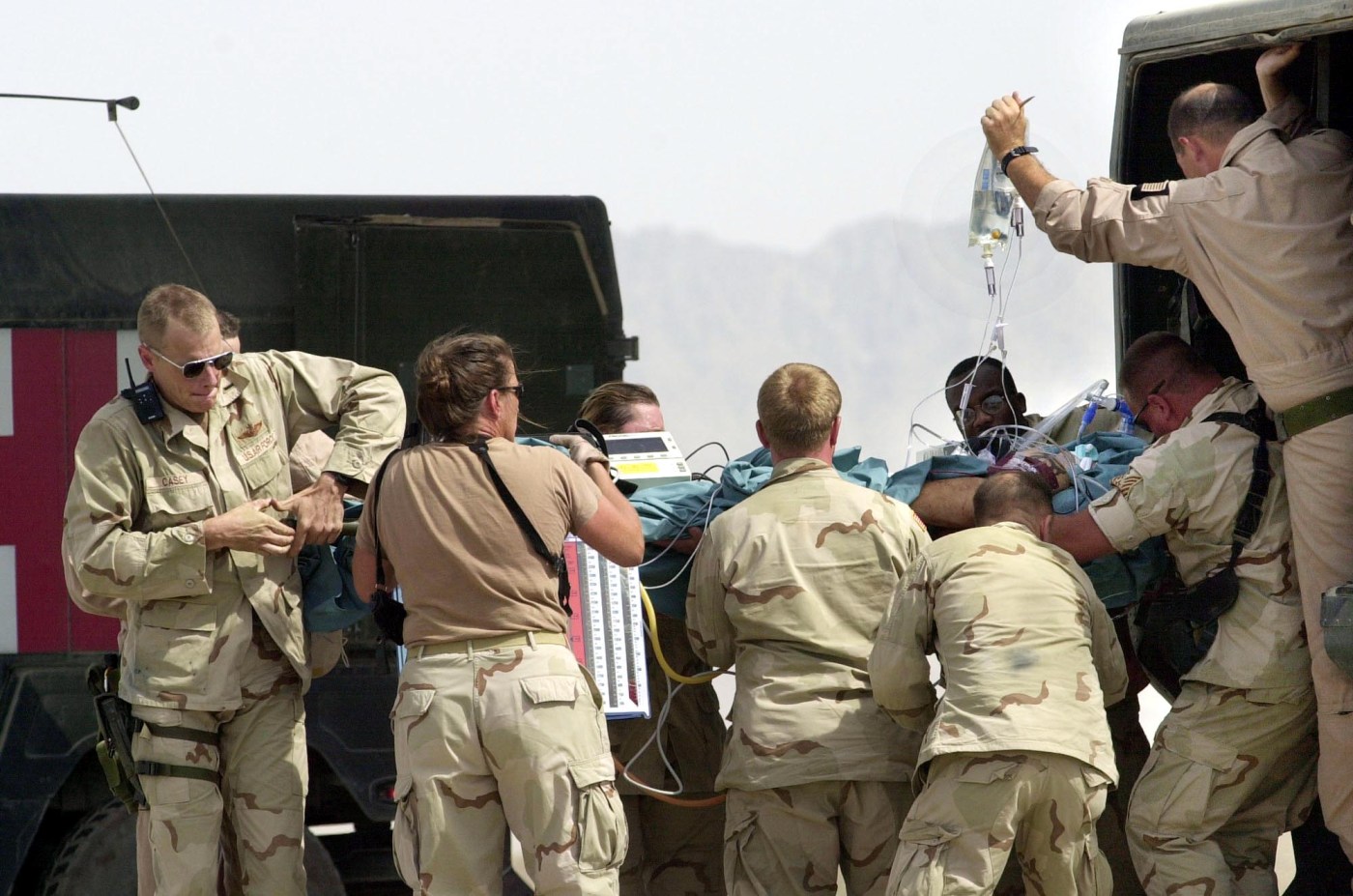 With the final U.S. troops pulled out of Afghanistan over a year ago, some Americans ask why we still need the Fisher House, the “Home Away From Home” housing at military and VA medical centers around the world.

He had been an operating room specialist when, called up for his second tour to Afghanistan in 2009, he voluntarily reclassed to be a cavalry scout —  a role he describes as the eyes and ears of the battlefield. Two months in, Breckheimer’s vehicle ran over an IED during a routine patrol.

“My lower right leg was probably 95 percent hanging off, and it was saved by just a very minimal strip of skin,” Breckheimer said.

For two months, Breckheimer was treated at Brooke Army Medical Center in San Antonio, where he underwent a limb salvage program to save his leg. After the surgery was completed, he still needed extended rehabilitation and a place for his family to stay.

Founded by Elizabeth and Zachary Fisher in 1990, its mission is to provide a place for wounded warriors and their families to stay nearby during extended medical care. A place that felt like a home — not a hotel.

The first Fisher House was built at the National Naval Medical Center in Bethesda, Md. There are 92 Fisher Houses across the United States and overseas. If the foundation can reach its goal of 100 houses, it will be able to provide private rooms and hot meals for 1,400 military and veteran families on any given night. Four houses are under construction, and six are in design. The four houses underway are in Lexington, Ky.; Columbia, S.C.; Columbia, Mo.; and a second house in Bay Pines, Fla.

Since 2001, more than 27,000 families have been guests. The Fisher House reports families have saved half a billion dollars in hotel bills and other costs.

“With 93 houses, Fisher House Foundation is excited to be on the road to 100 Fisher Houses, but we know this is just an incredible milestone,” said Ken Fisher, chairman and CEO of Fisher House Foundation. “The need only continues, especially for our veteran community. We have plans to build well past 100 to support those who have given so much to our great nation.”

Between the 9-foot-long kitchen island and the wide hallways — designed with wheelchairs and walkers in mind — Breckheimer said the Fisher House he stayed at felt like a mansion. But it was the volunteers and other guests who made him feel at home.

“They just went out of their way to make you feel comfortable,” Breckheimer said. “Not only did they cook and serve us our food, but they were also there to listen to us. To be around families that were going through the same tragedies that you and your family were going through was just comforting. You were relatable.”

Breckheimer said he found being around others like him kept him from feeling pessimistic — especially when he was in the presence of Joshua Sweeney, a Marine Corps veteran who later became a Paralympic ice hockey champion.

“Since then, he has been awarded the Pat Tillman award at the ESPYs,” Breckheimer said. “To see someone like that who had more traumatic injuries, but always seemed to be smiling more than I did, it was kind of nice to put things into perspective. I’m blessed to have my legs, and this guy lost both of his and he is living his best life. It’s good to look up to someone like that.”

During his recovery, Breckheimer set a goal to climb the highest peak on all seven continents. Now he holds the record for being the first Purple Heart recipient to do it.

And while veterans of the recent conflicts in Afghanistan and Iraq may be top of mind, the houses also serve those from previous battles as well.

Jeff Sampson of Joplin, Mo., performed his Navy service in the 1970s. In 2019, he needed double lung transplant surgery. He was told the procedure would keep him in Barnes Jewish Hospital in St. Louis for more than two months.

Sampson says he was more concerned with where his wife would stay than his recovery. Coming from small-town Joplin, Sampson said his wife was out of her element in the big city.

“I’m sure all veterans out there can relate to being more concerned with how their families will be taken care of, and that’s what the Fisher House does,” Sampson said. “They take care of you, and of the people who care about you.”

Sampson’s surgery took place during the infamous 2019 polar vortex. While driving back to the Fisher House from a hospital visit, Sampson’s wife got caught up in a blizzard and found herself lost in an unfamiliar part of the city.

“Along with the crazy drivers in St. Louis, it was not pretty,” Sampson said. “She was lost and crying, and she didn’t know what to do. She’s just a country girl out of her element.”

“We still go back every year,” Sampson said. “I have to go back to St. Louis for treatment, and I always have a place to stay — is what they will tell me. It’s like a family. You wouldn’t turn your family away.”