Five things to watch for in Dolphins-49ers game – Boston Herald 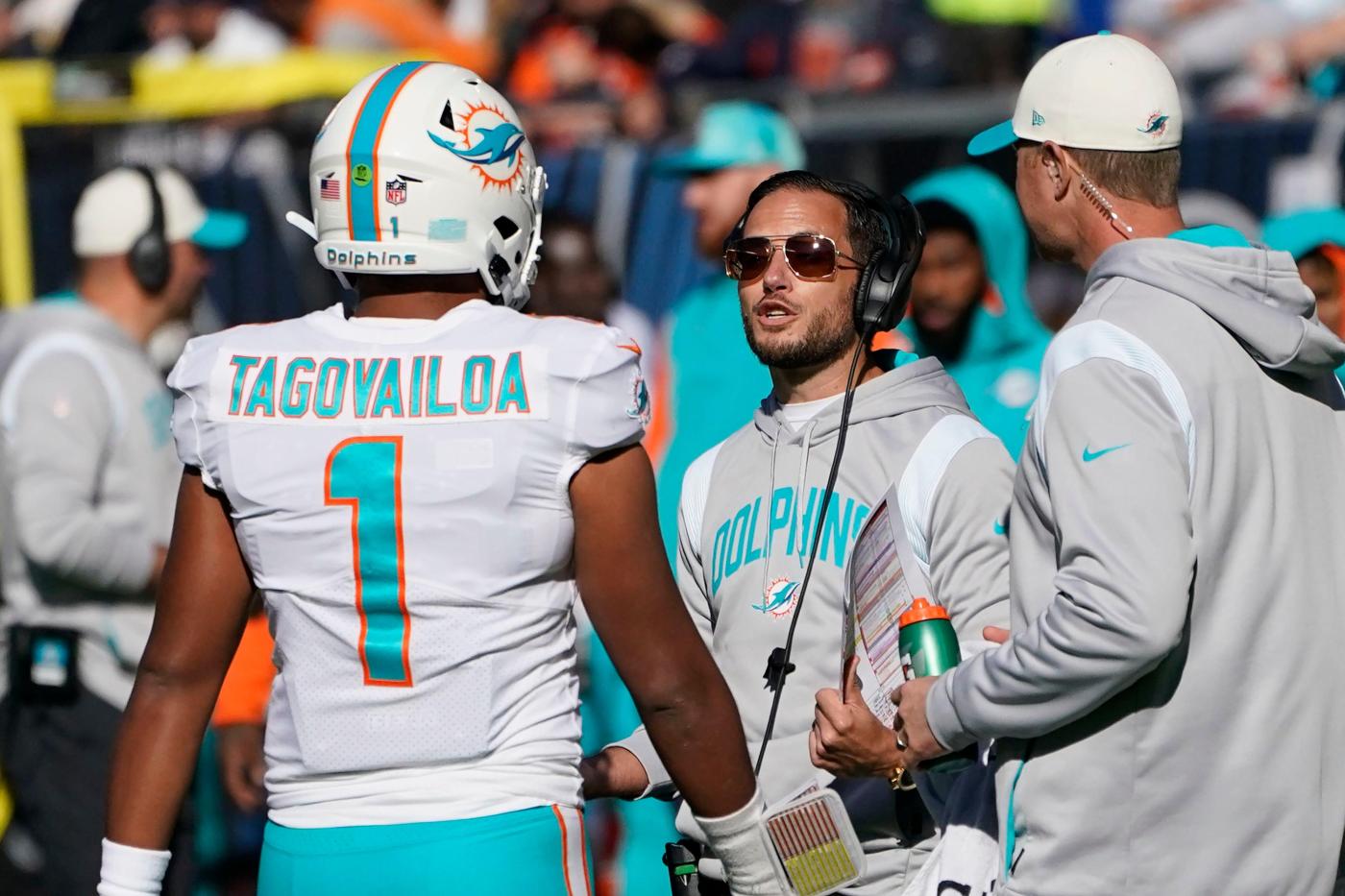 We don’t yet know who will play left tackle for the Dolphins after starter Terron Armstead sustained a pectoral injury last week against Houston. It could be Brandon Shell or it could be Greg Little. What we know is Bosa, the former St. Thomas High standout and one of the NFL’s top defensive players, will be on the field. Bosa has 11.5 sacks, which is third in the NFL. He can single-handedly bring the Dolphins passing game to a grinding halt with his pass-rushing skills.

The Dolphins don’t usually employ maximum protection packages but they’ll have to make adjustments this week. Look for tight ends and running backs to help block Bosa. Don’t count on the Dolphins rolling quarterback Tua Tagovailoa out of the pocket to avoid Bosa. It’d be too easy for defenders to tee off on him with a running start. Handling Bosa will come down to fundamentals and technique. And, just as importantly, Tagovailoa continuing to get the ball out of his hands quickly. By the way, establishing a running game is essential to minimizing Bosa’s effect because it means the Dolphins pass fewer times.

McDaniel is good friends with Shanahan, who employed him as San Francisco’s run-game coordinator and offensive coordinator the previous five years. You know each of these guys badly wants to beat the other one. But this is a good coaching strategy matchup. The trick is not getting caught up in the personal battle by doing something out of character, meaning being too aggressive or too conservative.

There’s also the chance of over-thinking the matchup, meaning you pay too much attention to the other coach’s trends or try too hard to predict when he’ll buck his own trend. In other words, both coaches will be battling themselves to remain themselves and not do anything crazy. The relationship between McDaniel and Shanahan is more of a personal thing. But keep an eye on the Xs and Os battle because it’ll affect the game’s outcome more than the coaches’ friendship.

Chubb was acquired to give the Dolphins a fearsome pass rush. Williams, an All Pro and nine-time Pro Bowl selection, routinely eliminates such threats. This is a key matchup for a few reasons. The 49ers are 10th in passing (234.2 yards per game) and their receiving options are potential game-changers among tight end George Kittle, and wide receivers Deebo Samuel, Brandon Aiyuk and Jauan Jennings.

Chubb must get past Williams and be disruptive. It’s doubtful the Dolphins flip Chubb to the other side to face 49ers right tackle Mike McGlinchey. Chubb, who has 1.5 sacks in three games with the Dolphins, will likely spend an entire afternoon against one of the game’s best. It should be noted Chubb had two tackles and one sack when he matched up against Williams in Week 2, an 11-10 Denver victory over San Francisco.

The Dolphins secondary of cornerbacks Xavien Howard and Kader Kohou and safeties Jevon Holland and Eric Rowe will have plenty of help from other defensive backs such as Verone McKinley III, Keion Crossen, Elijah Campbell, Justin Bethel, Clayton Fejedelem, and Noah Igbinoghene. We list so many because at certain times this season they’ve all played a key role. The Dolphins have plenty of options against Samuel (44 receptions, 511 yards, two touchdowns), Aiyuk (51 receptions, 652 yards, six touchdowns), Jennings (24 receptions, 269 yards, one touchdown) and Kittle (36 receptions, 450 yards, four touchdowns).

A good pass rush will be the Dolphins’ first line of defense. Beyond that, they’ll need to be sure to provide good coverage, of course, but they’ll also need to be sure to get Samuel on the ground. He’s a strong receiver and arm tackles won’t do the job. If they don’t tackle Samuel he can slice up, or run through the defense for big plays. The Dolphins produced two interceptions last week (one by linebacker Andrew Van Ginkel) and won the Steelers game with a pair of fourth-quarter interceptions. Such heroics might be required again.

Yes, the Dolphins have scored at least 30 points in four consecutive games. But their run game is 28th in the league (94.8 ypg). And in the Dolphins’ 30-15 victory over Houston last week the offense didn’t score in the second half and only produced two touchdowns, one of which saw them start their drive at the 3-yard line after an interception. By the way, the Dolphins are sixth in scoring (25.6 ppg) and the 49ers lead the league in scoring defense (15.7 ppg allowed). This matchup between the Dolphins offense and 49ers defense could decide the game.