Todays Though > News > Five things to watch for in Dolphins’ game vs. Jets – Boston Herald
News

Five things to watch for in Dolphins’ game vs. Jets – Boston Herald 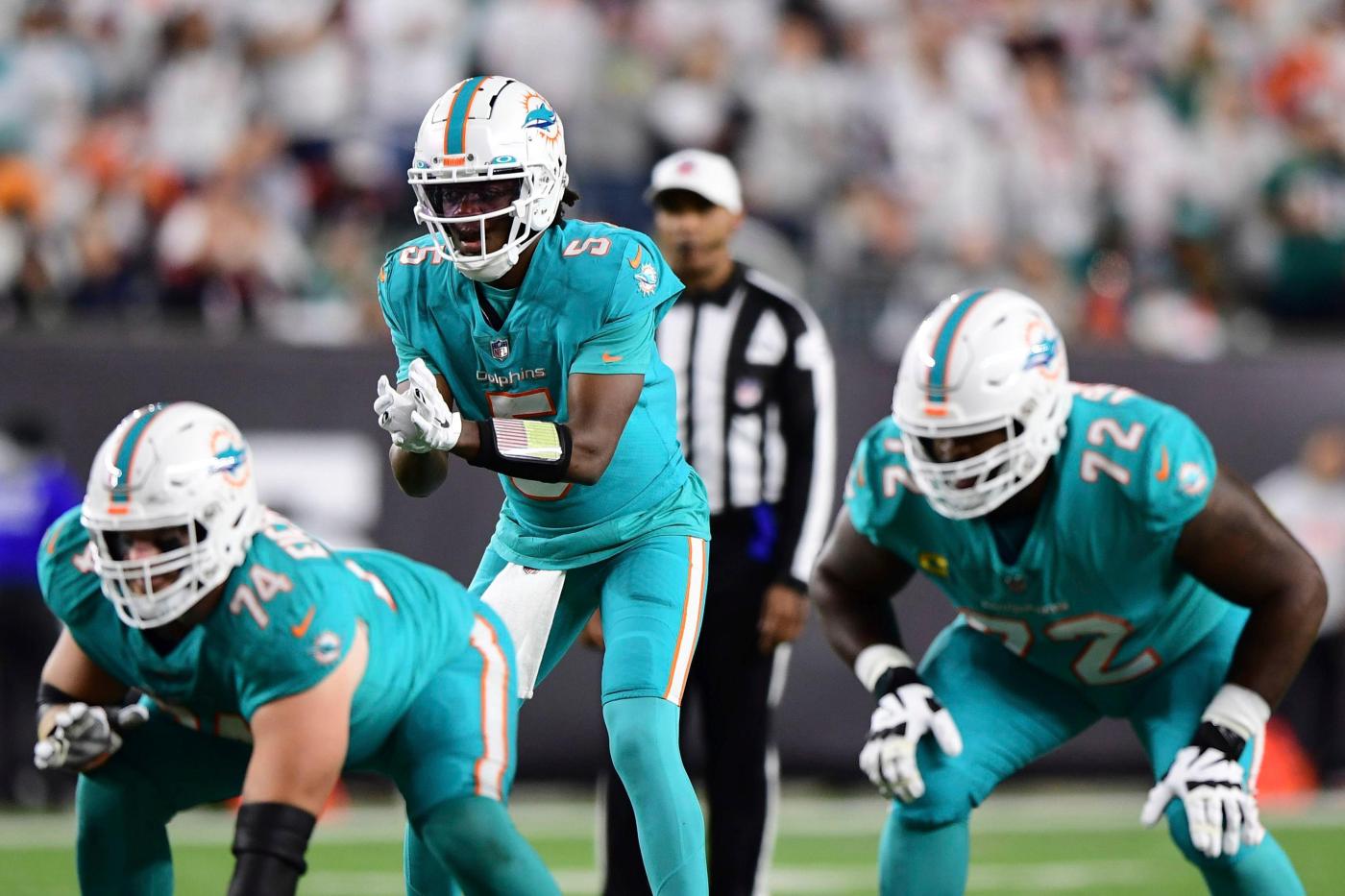 The 3-1 Miami Dolphins will face the New York Jets (2-2) on the road Sunday in Week 5 of the season; here are some keys to the game to watch for:

This is the first measuring stick for success against the Jets, partly because quarterback Tua Tagovailoa (concussion protocol) was playing so well, and partly because Bridgewater is a backup. Bridgewater’s job is fairly simple — get the ball in the hands of wide receivers Tyreek Hill and Jaylen Waddle. Period.

It doesn’t matter whether it’s a jet sweep, short, intermediate or deep route, whatever. Keep an eye on Jets cornerbacks Sauce Gardner and D.J. Reed. They could cause problems for Bridgewater (not Hill). But we saw Bridgewater scramble for an 11-yard gain last week vs. the Bengals, which gives the Jets something to consider. Plus, safeties Jordan Whitehead and Lamarcus Joyner can be had. As long as Bridgewater stays away from turnovers, he’ll give the Dolphins a chance to win.

With Bridgewater starting at quarterback, this would be a good time to get the running game going and give him some help. The Dolphins are 29th in the league in rushing yards (69.3 per game). Coach Mike McDaniel said the Dolphins need a more concerted effort on getting the run game going from coaches to players, meaning the struggles go beyond running backs Raheem Mostert (39 carries, 147 yards, 3.8 ypc) and Chase Edmonds (28 carries, 85 yards, 3.0 ypc).

The Jets are 13th in run defense (108.8 yards per game) so they’re respectable, but not fierce. Granted, the Jets have big bodies up front between tackles Quinnen Williams, Solomon Thomas and Sheldon Rankins. But the Dolphins’ offensive line, led by center Connor Williams and left tackle Terron Armstead, must meet the challenge. Otherwise, the offense is likely to struggle aside from big plays.

This is now at the “concerned” level because it’s been a lot of things over a period of time whether it’s the 103-yard kickoff return for a touchdown allowed at Baltimore, the “butt punt” against Buffalo, or missing an extra point and having a 52-yard field goal attempt blocked at Cincinnati.

Granted, special teams has made plays such as Emmanuel Ogbah getting a hand on a field goal attempt against Buffalo, or punter Thomas Morstead working with his punt team, specifically cornerbacks Keion Crossen and Justin Bethel, to consistently nail opponents inside the their 20-yard line. The issue is each of the aforementioned missteps have cost the Dolphins points. Eventually that catches up to teams.

Cornerback health is a big factor here. Xavien Howard is day-to-day while battling a groin ailment. Byron Jones (leg) doesn’t seem likely to be activated from the physically-unable-to-perform list ahead of this matchup, and Crossen is getting treatment for an upper leg/glute ailment. Whatever the case, cornerbacks such as Crossen, Kader Kohou and Nik Needham, and possibly Noah Igbinoghene, need to be sharp, and so do the safeties, Holland and Brandon Jones.

If there’s a cornerback crisis, remember safety Eric Rowe has cornerback skills. The Jets’ wide receivers trio of Wilson, Davis and Moore is good enough to create major headaches, especially considering how the Dolphins’ secondary played in that deciding fourth quarter of the loss at Cincinnati when Howard left the game with the groin ailment. It was ugly. The Bengals had completions of 43, 36, 22 and 14 yards. They completed passes short, intermediate and long, and got plenty of yards after the catch. That can’t happen against the Jets whether or not Howard plays.