Todays Though > News > Five things to watch for in Dolphins’ game vs. Vikings – Boston Herald
News

Five things to watch for in Dolphins’ game vs. Vikings – Boston Herald 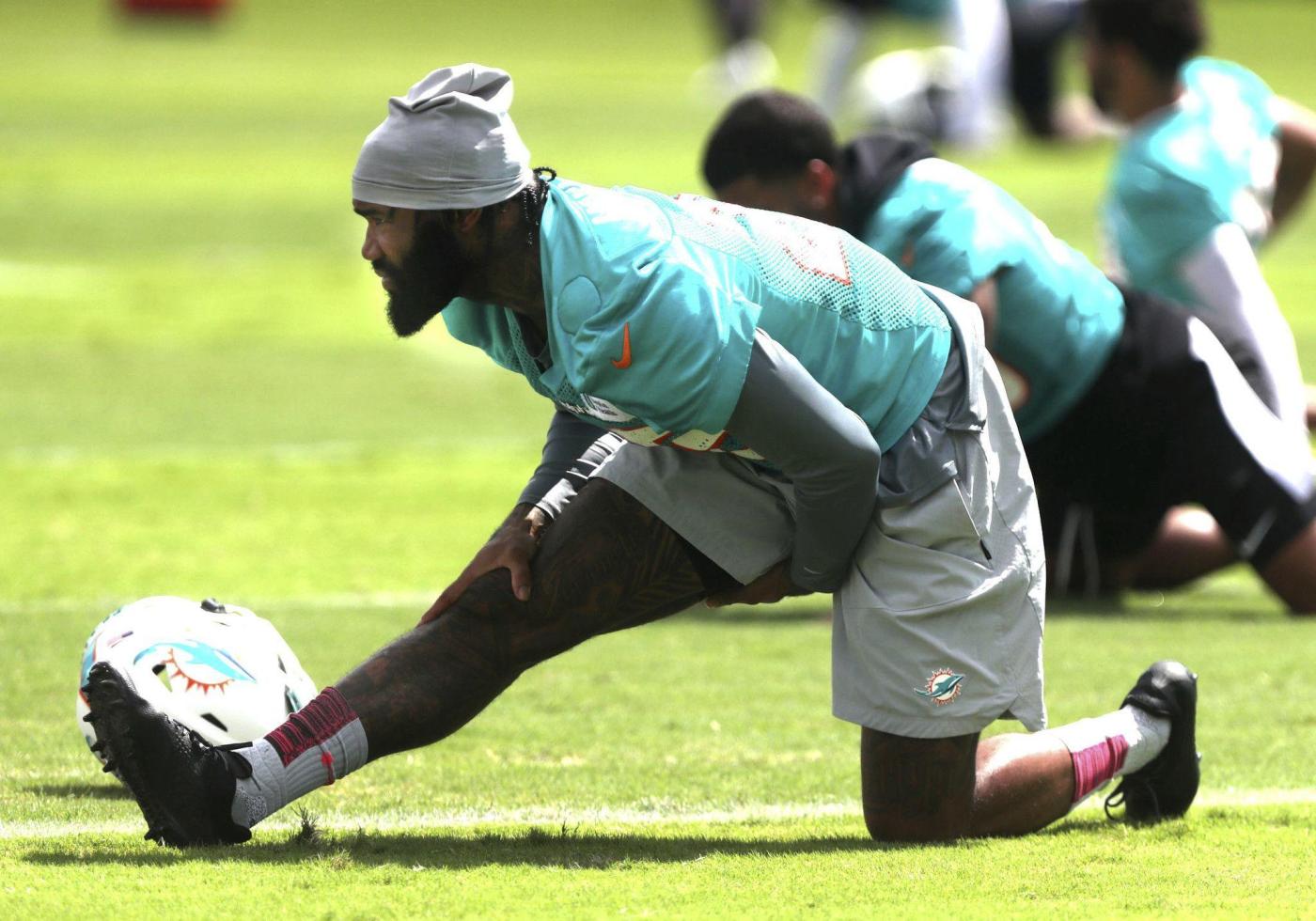 The 3-2 Miami Dolphins will face the Minnesota Vikings (4-1) at Hard Rock Stadium Sunday in Week 6 of the season; here are some keys to the game to watch for:

It’s rookie Skylar Thompson starting at quarterback, not veteran Teddy Bridgewater, as many expected. We’ll see whether Thompson can get wide receivers Tyreek Hill and Jaylen Waddle the ball consistently. It’s the key to a successful offense. Yes, the running game had its best outing last Sunday with Raheem Mostert rushing for 113 yards, but the Dolphins only scored two touchdowns. It’ll be up to Thompson to get the ball to Hill and Waddle where they can get yards after the catch or to hit them deep, and Thompson has shown he has the arm strength to throw deep and accurate passes.

Still, everything will be a challenge for the rookie seventh-round pick, including being settled in the pocket. For that to happen, pass protection must improve. Thompson had 16 quarterback hits along with two sacks in the 40-17 loss at the New York Jets. And if the Vikings play a two-deep safety alignment such as the Cincinnati Bengals and the Jets, the Dolphins must figure multiple ways to get the ball to Hill and Waddle, which is probably a priority this Sunday.

If Howard doesn’t play the pass defense starts with the front seven and their pressure. If Howard does play perhaps he shadows Jefferson. Or the Dolphins could double-team Jefferson and have Howard shadow Theilen, the No. 2 wide receiver, in an attempt to get passes thrown toward Howard. The Dolphins used that philosophy with Cincinnati when Howard shadowed Tee Higgins, the Bengals’ No. 2 wide receiver, and they double-teamed Ja’Marr Chase, the No. 1 wide receiver. Whatever happens the pressure is on cornerbacks Nike Needham, Kader Kohou, Noah Igbinghene and the safeties Jevon Holland and Brandon Jones to get the job done.

This has been a growing concern for the past few weeks. The Dolphins are losing points and creating stress among the 103-yard kickoff return allowed for a touchdown against Baltimore, the “butt punt” against Buffalo that resulted in a safety, the missed field goal attempts against Cincinnati and the New York, and the blocked field goal attempt against the Bengals.

Yes, injuries have been a factor. However, every team has injuries. Punter Thomas Morstead has been good, but kicker Jason Sanders has been shaky. The Dolphins have a large crew of core special teams players, including safety Clayton Fejedelem, cornerbacks Keion Crossen and Justin Bethel, linebacker Duke Riley and Andrew Van Ginkel, tight end Tanner Conner, and wide receiver Trent Sherfield, and someone needs to lead the group back to respectability.

The Dolphins have been outscored, 34-0, in the past two fourth quarters, both on the road, against Cincinnati (13-0) and the New York (21-0). That can’t continue. The Dolphins have played hard, which is admirable, but they’ve made costly mistakes, particularly in pass defense. It should be noted Howard hasn’t been available for the fourth quarter of either game, which has hurt the defense.

The six giveaways are good. The Dolphins are tied for fifth-fewest turnovers in the league. This issue rests mostly with the defense and its lack of takeaways. There are ways to navigate around this situation such as the defense tightening up on third downs, getting sacks, putting pressure on the opposing quarterback, playing strong run defense, etc. But creating turnovers does wonders for playing complementary football, which is essential for most teams, including the Dolphins.