Todays Though > News > Five things to watch for in Dolphins vs. Packers – Boston Herald
News

Five things to watch for in Dolphins vs. Packers – Boston Herald 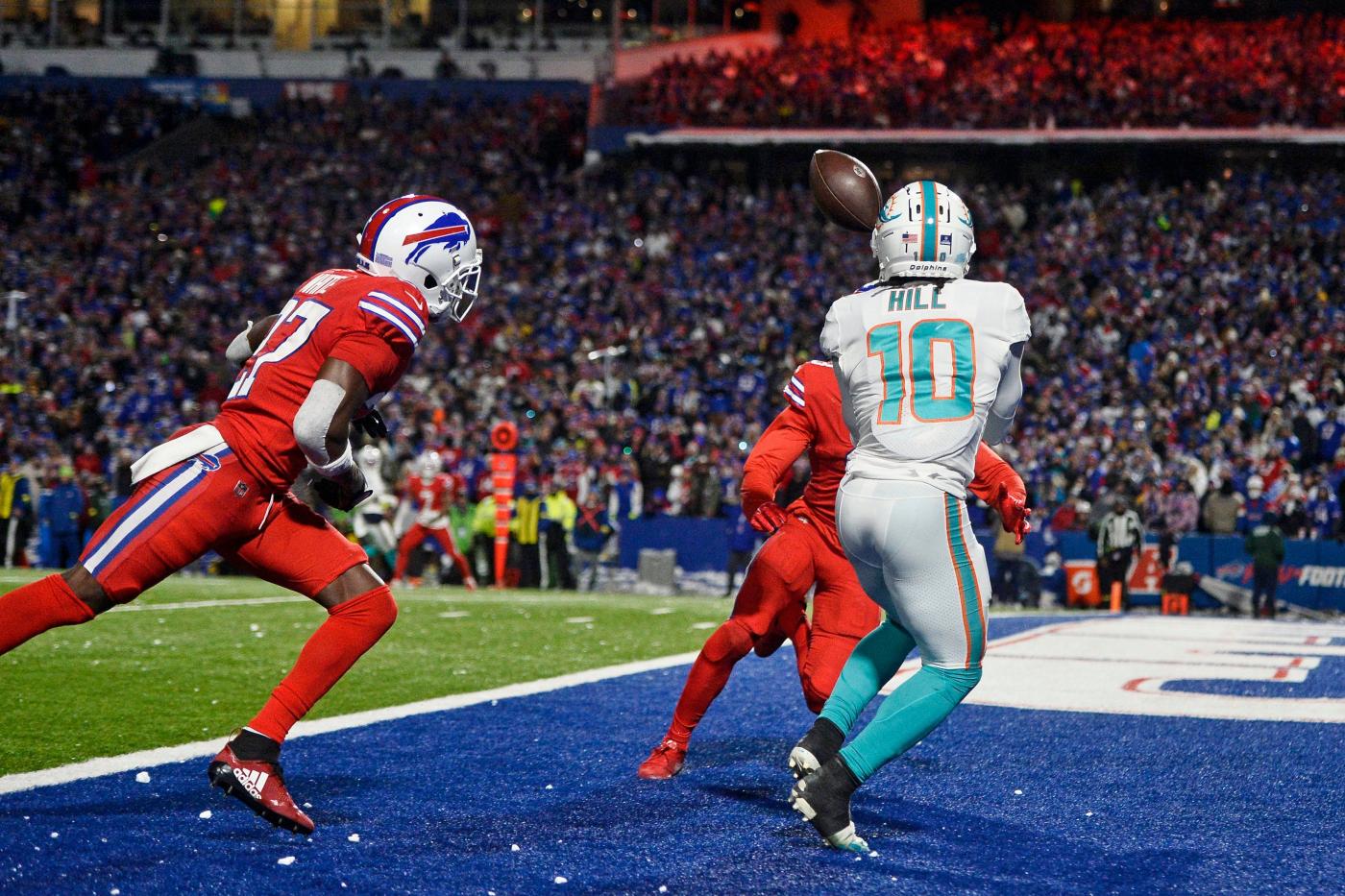 Miami (8-6) hosts Green Bay (6-8) at 1 p.m. Sunday at Hard Rock Stadium. The Dolphins are trying to end their three-game losing streak, while the Packers are trying to build on back-to-back victories. Here are some things to watch for:

The Dolphins defense has been under criticism all season for its statistics, but they’ve shown they can rise to the occasion at times (New England, at home vs. Buffalo, Pittsburgh, second half vs. Chicago, etc). They’ve played well at home, where opponents average 15.3 points per game. Rodgers, the future Hall of Famer, has the ability to decimate the Dolphins’ pass defense. But Rodgers (23 touchdowns, 10 interceptions, 92.3 passer rating) has his lowest passer rating since he became a starter in 2008, and will likely have have thrown his most interceptions since 2010, when he had 11, and could end up with the most of his career (13 in 2008).

The Dolphins, led by their pass rush trio of Bradley Chubb (2.5 sacks with the Dolphins, 8.0 on the season), Jaelan Phillips (7.0 sacks) and Melvin Ingram (6.0 sacks), must pressure Rodgers and the secondary, led by cornerback Xavien Howard and safety Jevon Holland, need to be on their game. The Dolphins, who have lost to Los Angeles Chargers quarterback Justin Herbert and Buffalo quarterback Josh Allen the past two weeks, need to win this matchup against Rodgers.

Tua getting a December victory

Winning this game and ending the Dolphins’ 0-3 December skid isn’t solely on the shoulders of quarterback Tua Tagovailoa, but he’s the captain of the on-field ship so he’s the focal point for victory. Tagovailoa (24 touchdowns, 5 interceptions, 107.8 passer rating) played well last Saturday at Buffalo but he couldn’t become Superman in the fashion that Allen did to deliver the win. The Dolphins, who are fighting for their playoff lives, might need such a superhero performance in one of these final three regular-season games and Tagovailoa must be able to deliver.

It’s happened already this season. Tagovailoa did remarkable things in the fourth quarter at Baltimore, throwing four touchdown passes as the Dolphins scored 28 points in their dramatic come–from-behind 42-38 victory. Tagovailoa must be able to do whatever it takes to get the Dolphins their first playoff berth since 2016, which in this case means winning in December.

The Dolphins, led by running back Raheem Mostert’s 133 rushing yards, ran for 188 yards against the Bills. Some were critical of coach Mike McDaniel because he seemed to go away from the run game after Mostert had seven carries for 101 yards in the first quarter. But Buffalo started dropping a safety into the box and playing an eight-man front, which opened 1-on-1 passing opportunities for Tagovailoa with wide receivers Tyreek Hill and Jaylen Waddle.

McDaniel opted to go to the team strength, the passing game. That was a wise decision, and it’s something that should be repeated if it happens again this week. The Dolphins’ passing game is better than their running game. Granted, the run game was working at Buffalo but in a sense it did its job by forcing the opponent to play an eight-man front, which opens an opportunity for what the team does best, passing the ball. The Dolphins are 27th in rushing at 96.9 yards per game. And the offense, when possible, should lean on its strength.

Dolphins continuing their success at home

The Dolphins are 5-1 at Hard Rock Stadium this season with their only loss being a 24-16 decision to Minnesota when Tagovailoa missed the game due to an injury. The Dolphins have outscored their opponents 23.6 to 15.3 at home. The Dolphins’ homefield weather advantage is now gone (it’s supposed to be around 60 degrees for this Christmas Day kickoff) but that’s OK.

The playoffs are looming. It’s up to McDaniel to keep his players focused on Green Bay and not the playoffs. So far, it seems to be working. Players say their sole focus is on the Packers. But postseason excitement is building. It’s December and the Dolphins have a real shot at a playoff berth.

It’ll be something McDaniel and players are asked about regularly. It’ll be a hot topic on social media, and local and national television. The playoffs, in a sense, are why you play the regular season. It’ll be up to McDaniel to drive home the message to his players that the regular season must be finished in grand fashion.