Five ways for Dolphins to beat the Patriots – Boston Herald 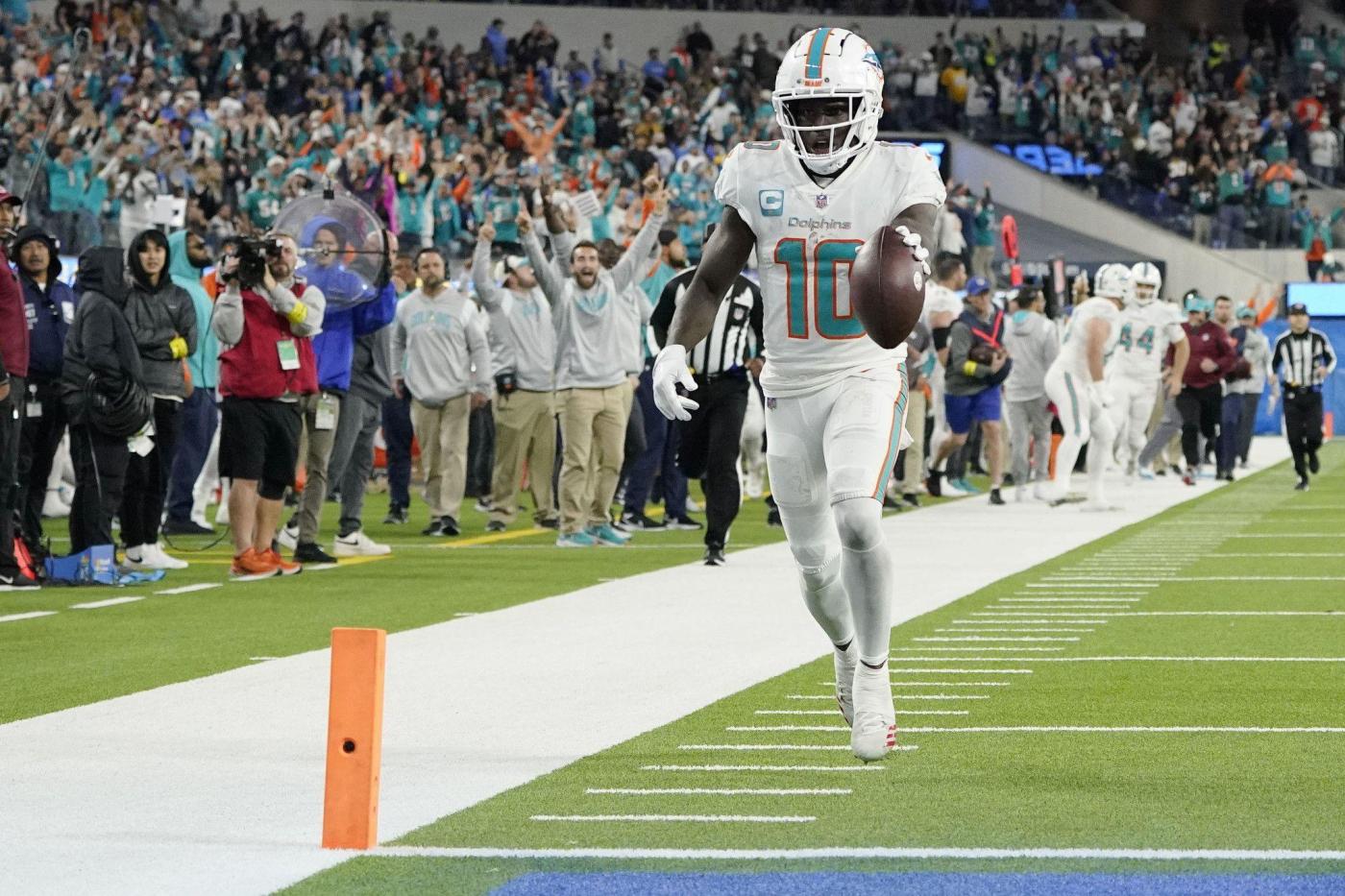 The Miami Dolphins have lost four consecutive. The New England Patriots have lost four of five. So, someone comes out of Sunday feeling like the new year is actually a new year and the other will need a therapy session.

Here are five ways for the Dolphins to come out on top:

1. Win on the big play. We’ll get to balance and complementary football in a bit. The winning starts by letting Teddy Bridgewater take his shots downfield against a depleted New England secondary. Some people hated to hear before games how Tua Tagovailoa was going against lesser Chicago (due to trades) or Los Angeles Chargers defense (injuries), as if it would somehow undervalue his talent (I guess). But Bridgewater faces a Patriots secondary that might have just one of its top four cornerbacks. Jack Jones (knee) and Marcus Jones (concussion) are out. Jonathan Jones (chest) and Jalen Mills (groin) are questionable. That leaves backups and practices-squad players moving into positions where Tyreek Hill and Jaylen Waddle run. They’re the two players who make this offense dynamic and they should have a chance to show why again Sunday. Bill Belichick can bracket one of them and take him away. He can play two-deep safeties like most teams against Hill and Waddle. He might even play six defensive backs and lure the Dolphins into over-passing (in which case see No. 3). But Hill and Waddle will have their chances.

2. Don’t let the Patriots offense up. The Patriots offense isn’t any better than the first week when the Dolphins defense held it to 271 yards and had three turnovers, including a strip-sack of Mac Jones that lead to a 2-yard Melvin Ingram return for the season’s first touchdown. Of all the units to decide Sunday, the Patriots offense is the worst. Mac Jones looked like a capable quarterback for a rookie last year. The good way to say what happened his second year is to understand the coaching and systemic mess Tagovailoa had to navigate last season. The Patriots rank last in converting touchdowns in the red zone at 38.5 percent — a more than five percent separation from the 31st-ranked Indianapolis Colts (43.9). The Dolphins defense has given up 32 points on the road this year compared to half that at home. That average will come down Sunday.

3. Play some complementary football. For all the big-play shots the Dolphins should have Sunday, the flip-side is to not be dumb about it. Don’t draw up the game plan of San Francisco or Los Angeles where you put it all on the passing game. That didn’t just stop the offense when the passing game wasn’t working. It put a big burden on offensive line to protect and the defense as the time of possession got out of whack. That’s the kind of game Belichick would love, the one he wants to give his team a chance. So, yes, the Dolphins have to run the ball. They’ve run it effectively the past two games, especially in Buffalo when they had a balanced attack. Buffalo plays five defensive backs in its base defense that allows that. We’ll see how New England plays it, but an effective running game would also …

4. Protect Bridgewater. He hasn’t played much this year and not since the Minnesota game 10 weeks ago. The Patriots rank third in the league with 50 sacks. Their 27 sacks at Gillette Stadium rank first in the league in home games. Matthew Judon ranks second in the league with 15.5 sacks. Josh Uche, a second-round draft pick in 2020, has 11.5 sacks. You get the picture? The Patriots can wreck an offense with their pass rush. The Dolphins rank 20th in sacks allowed (32), in good part because they only gave up two sacks in four November games. The other side: San Francisco’s Nick Bosa had three sacks, including a strip-sack. Dolphins tackle Terron Armstead didn’t practice again this past week with his regularly listed toe, pectoral, knee and hip issues. He’s listed as questionable but will play. They’ll need him — and everyone against the Patriots’ rush.

5. Shake off December. It’s Jan. 1 on Sunday. Not just a new month but a new year. Maybe that helps with the idea of leaving December in the past. Four consecutive losses have put this season up for grabs. But the Dolphins played well for the most part in Buffalo and did until Tagovailoa’s three, concussion-aided interceptions changed the Green Bay game. New England, too, is in a big slide, having lost four of five games.