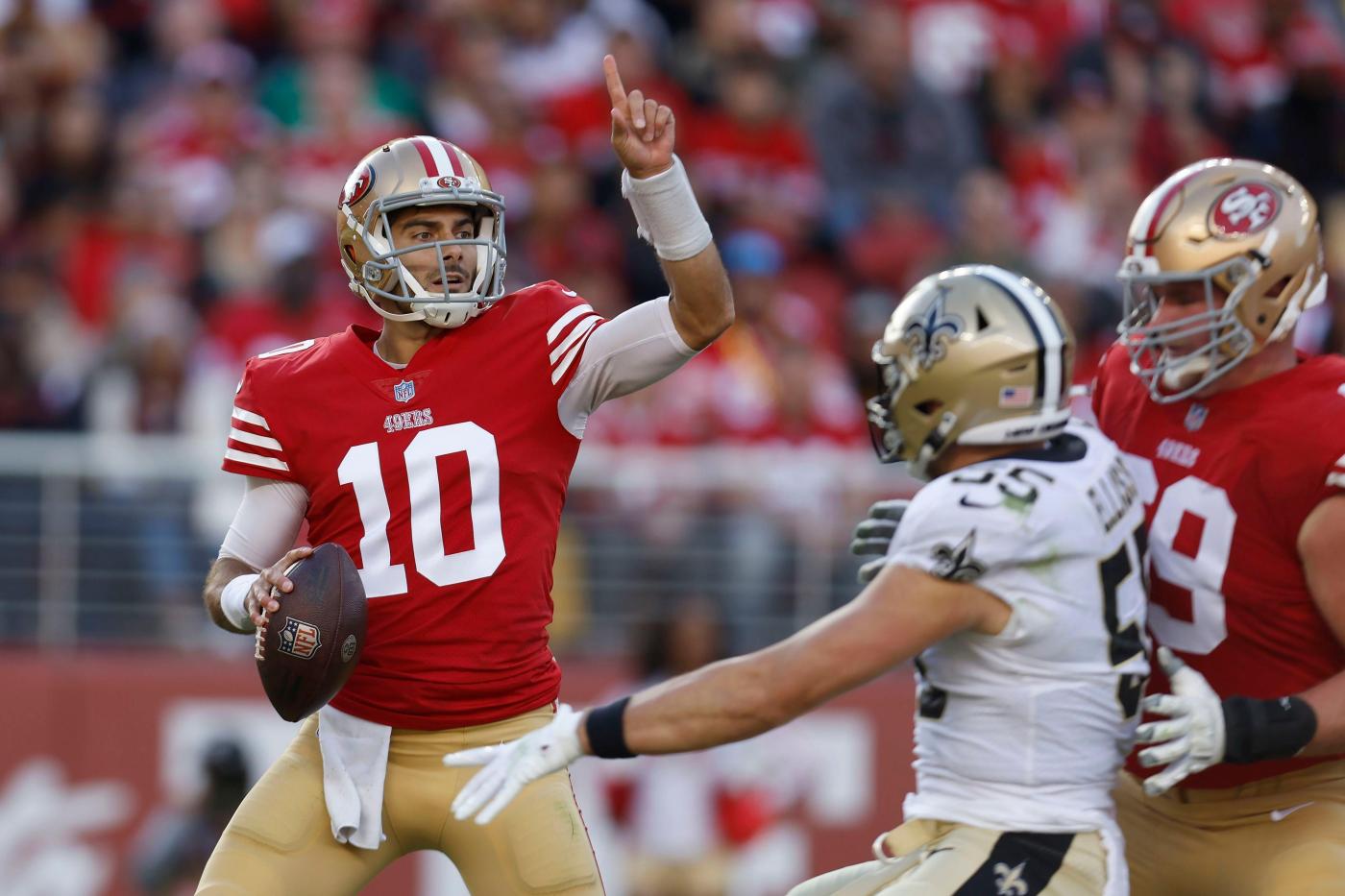 It’s December and the stakes start to rise in good part because the Dolphins are playing games with consequence. The other part is San Francisco is a top opponent on Sunday. Here are five ways the Dolphins can win:

1. Play to your strengths. The 49ers are the top rushing defense in the league. They’re the 11th-ranked pass defense. That matches up nicely to the Dolphins strengths being the speed of Tyreek Hill and Jaylen Waddle and Tua Tagovailoa’s ability to find the right receiver quickly and accurately. San Francisco played one top and healthy offense this year and Kansas City shredded its secondary (defensive end Nick Bosa was hurt that game). So they’ve mostly beaten up some lower-half offenses. The Dolphins have feasted on bottom-third defenses the past four games. Now they each go up in weight class. The question in Sunday’s matchup is whether the 49ers’ cornerbacks play tight on Dolphins receivers with the idea of taking away the quick passes and letting their pass rush have a chance. Few teams have tried this, preferring zones and sitting their safeties deep (Houston in the antiquated Cover-Two last week). We’ll see the strategy here. The Dolphins, too, could try to run Jeff Wilson or Raheem Mostert some against their old team to keep San Francisco’s pass rushers honest. But the strength is the strength. And throwing the ball will mean …

2. Helping Greg Little vs. Nick Bosa. If left tackle Terron Armstead is out with a pectoral injury (he’s listed as doubtful), this becomes the matchup of the game. Of course, it won’t really be a mano-a-mano matchup. It will involve chips or double teams from tight end Durham Smythe or fullback Alec Ingold. It will involve play-calling to move away from Bosa – or at least not expose Little in a matchup. Bosa is second in the league with 11.5 sacks this year and has 55 quarterback pressures. The next closest 49er has 33 quarterback pressures. So you go into Sunday game-planning to help Little, who was both good at times and awful at times in fill-in roles. Losing Armstead is tough. But good teams have overcome losing left tackles – the Bills against New England on Thursday for one night. Tennessee, the New York Jets and Los Angeles Chargers lost their star left tackles early this season and remain in the playoff hunt. This is a loss the Dolphins had to expect, too, considering he hadn’t played a full year in nine seasons and played only 18 games total over the last two years. So the question is how prepared are the Dolphins for this inevitable situation.

3. Use knowledge for small advantages. Who has the edge when both sides know each other? San Francisco linebacker Fred Warner called it, “like training camp,” watching film of the Dolphins offense. These offenses are the similar offenses with variations for their personnel. Mike McDaniel and Kyle Shanahan have a good history together dating back to Denver when they were for Shanhanan’s dad, Mike. This goes beyond working in the same offense for years. McDaniel used to dog-sit for Kyle Shanahan at times. They’re friends So they know each other well. McDaniel, too, went against 49s defensive coordinator DeMeco Ryans. It’s a little to say the Dolphins have much advantage here, but considering they have different personnel against the 49ers system perhaps McDaniel can finagle an edge with some designs.

4. Don’t sleep on Jimmy Garoppolo. Tagovailoa has 19 touchdowns, three interceptions and a league-leading 115.7 rating. He’s the toast of the league right now. Garoppolo has 16 touchdown, four interceptions and a fifth-place 103 rating. He’s treated like a nobody, a guy the 49ers can’t wait to move on from. And if you look at his post-season stats, you can make the argument. But he’s helped San Francisco turn around its season this. While the 49ers offense ranks 15th in scoring, it’s put up 38 and 31 points in two of the previous four games. Garoppolo has put up good numbers perhaps in part because they’ve not asked him to do too much – the 49ers pass 31.4 times a game, ranking 23rd (the Dolphins rank 10th in pass attempts a game). Against the Rams and Cardinals, you say? Neither these teams’ statistical profiles are built against top teams thus far. That’s part of why Sunday is such a big game. Likewise …

5. Get the lead. Obvious, right? The Dolphins don’t want to fall behind and get into a one-dimensional passing game . The 49ers defense rank sixth in sacking quaterbacks 8.29 percent of passes. That, too, could allow the 11th-ranked San Francisco rushing offense to play a bigger role. Christian McCaffrey hasn’t found his footing in this offense yet. Don’t let him this game. By comparison, if the Dolphins get the lead, Garoppolo will be asked to do more than the 49ers typically ask him to do – and the Dolphins unsteady blitz could be more effective.

Predicition: 49ers 28, Dolphins 24. The Dolphins will have their chances, and this could be a loss that says good things about them. But playing on the road makes the 49er the pick this game.