For a franchise defined by the home run, Aaron Judge walks tall with Babe Ruth and Roger Maris – Boston Herald 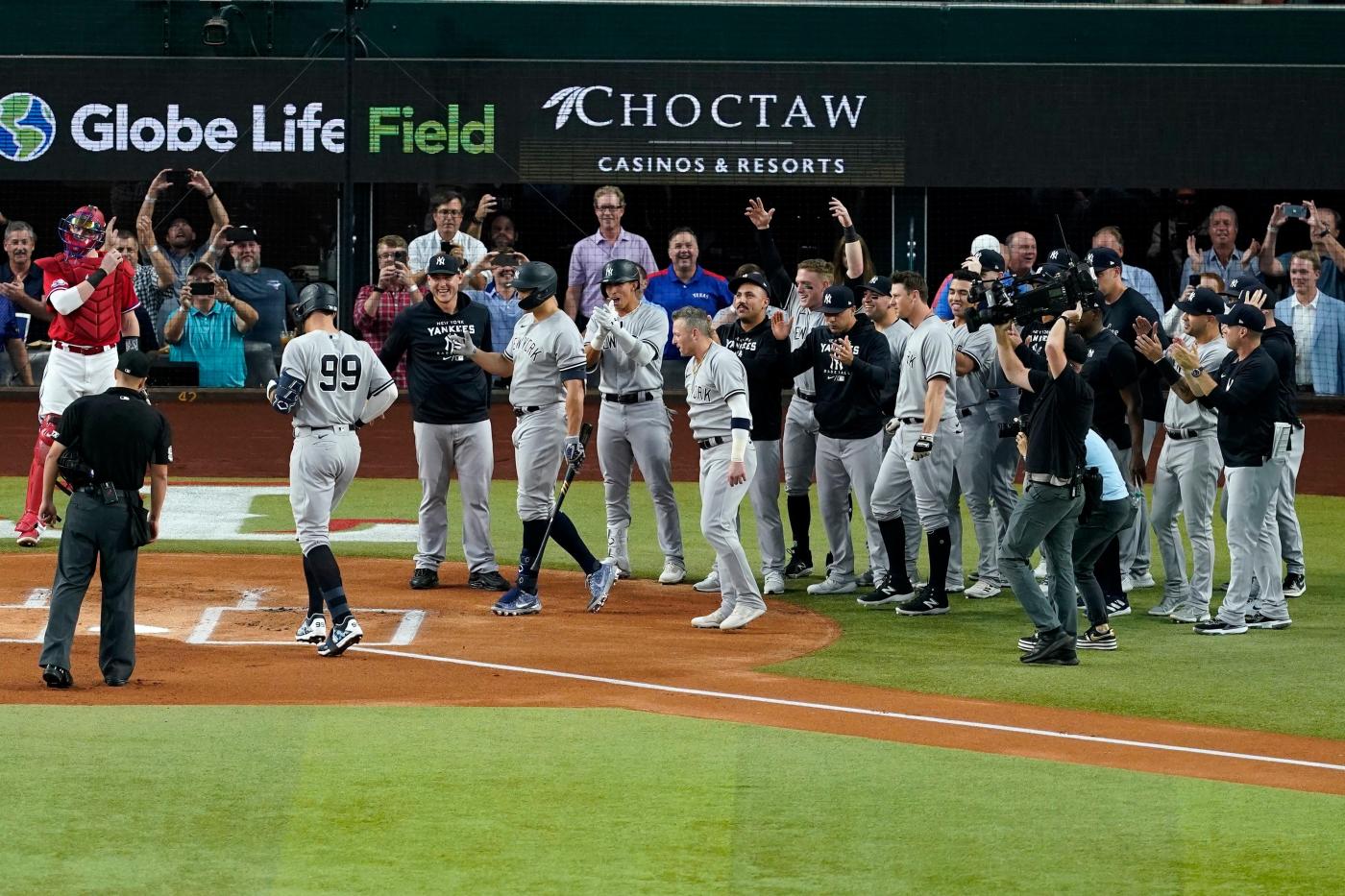 This was the combination of talent and magic that you still get sometimes in sports, when an athlete has himself a time the way Aaron Judge has had himself a time this season, and done things in his sport nobody else can do. Nobody can hit home runs the way Judge can right now in baseball. Nobody is even close to him as he gets to No. 62 on the second-to-last day of the regular season, passing Roger Maris the way Maris once passed Babe Ruth on the last day 61 years ago.

It happened for Maris against Tracy Stallard of the Red Sox at the old Stadium. It happened for Judge in Arlington, Texas, Tuesday night against a Rangers pitcher named Jesus Tinoco. One more big swing and one more big fly over the left field wall, and just like that the wait was over, as you had started to worry that Judge might stay on 61 forever. But he did not. That is not the way the story was supposed to end.

Baseball fans will always debate what they think about the home run records of Bonds and Mark McGwire and Sammy Sosa. But what is not debatable is this: A Yankee like Judge has come along and made the world of sports hang on every swing again. All Rise Judge made 60 matter again in baseball, and 61, and finally 62. This giant of a player has been a giant of all that. He has made a Yankee slugger feel like the king of the world again. It has all been thrilling to watch, as Judge carried his home run summer into the first week of October, and to this big night in Arlington. But then they always like to do things big in Texas, even when they involve a guy from New York.

When the ball was over the fence on Tuesday night, his mother Patty seemed almost surprised that one more ball had gone over the fence for her son. Then you saw her mouth this: “My God.” Her son had become over-anxious at the plate over the past week. He began to miss good pitches when they finally stopped walking him. He spiked his helmet in Texas in the first game of Tuesday’s doubleheader. But you cannot carry yourself better than he has, as he finally blasted his way into the 60s. Something else you can say about what we have witnessed in the last month of this season: He has done what he has done, in his moment, in this time of his, with old-Yankee grace.

“It’s an incredible honor, getting a chance to be associated with one of the Yankee greats, one of baseball’s greats, words can’t describe it,” Judge said after he hit No. 61 off Tim Mayza in Toronto. “That’s one thing so special about the Yankees organization, is all the guys that came before us and kind of paved the way and played the game the right way, did things the right way, did a lot of great things in this game and getting a chance to be mentioned with those guys now is, I can’t even describe it, it’s an incredible honor that’s for sure.”

It has been an honor to watch this. You cannot tell the story of what the Yankees became once Ruth got to New York without the home run. Everything was built on that. Ruth hit 54 in 1920 and then he hit 59 the next year and then he finally got to 60 in 1927. The Yankees had Lou Gehrig, too. He was even the MVP in ‘27 despite Ruth’s 60. But there is a reason why the old Stadium was known as The House That Ruth Built. It was because Ruth came from Boston and began swinging for the fences in a way no player ever had. The Yankees only became the Yankees because of home runs.

Then along came Mickey Mantle in the 50s, hitting them from both sides of the plate. Finally there was the home run chase between Maris and Mantle in ‘61, and baseball thought they both might pass The Babe. Only Maris did. Now Aaron Judge, all this time later, passes Roger Maris. He did not run out of time the way Maris didn’t in October of ‘61. After all the other swings from Judge this season, he made that one last great swing in Texas Tuesday night. One more time they rose up in the ballpark for All Rise. And so did he.