Todays Though > News > For the more competitive 2022 Orioles, change can be measured in both numbers and feelings – Boston Herald
News

For the more competitive 2022 Orioles, change can be measured in both numbers and feelings – Boston Herald 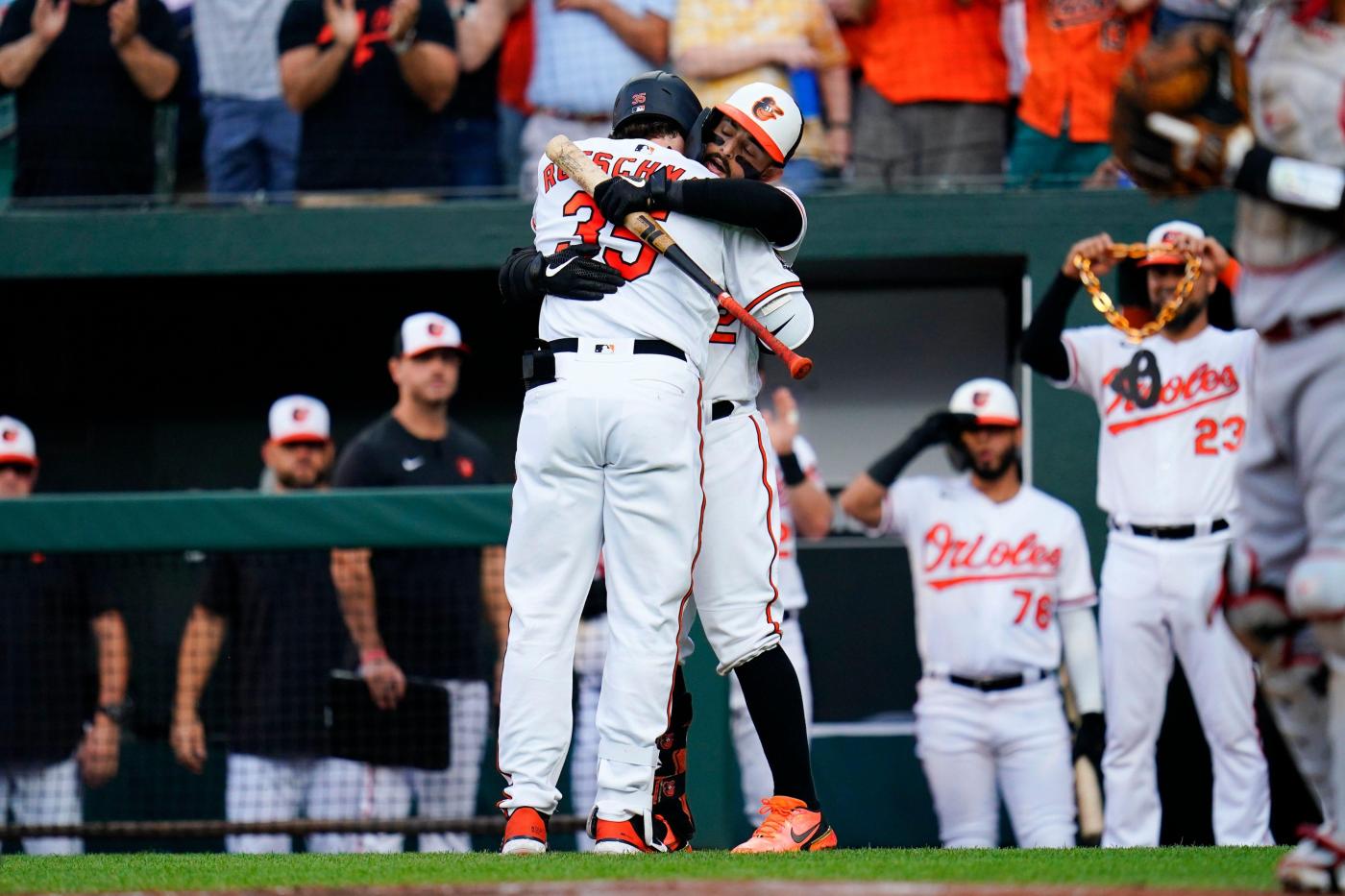 Now that he’s seen the way it has worked out, at least for half a season, manager Brandon Hyde isn’t afraid to admit how he felt several months ago on the doorstep of the campaign, when he had no idea how his Orioles pitching staff would operate.

He was at a loss about his starting rotation, let alone his bullpen. That’s a scary place for a major league manager to find himself, unsure of whether the arms at his disposal will give his bats a fighting chance.

“I was really nervous,” Hyde said, before amending his statement slightly. “Extremely nervous.”

Fast forward to July, where the Orioles stand on steadier footing and all that uncertainty has faded away behind a string of strong starts and solid bullpen outings. Including the display from right-hander Jordan Lyles during Thursday night’s 4-1 win against the Los Angeles Angels, Baltimore starters have allowed one run or fewer in 15 of the last 20 games.

And as the bats continue to crop up in timely places, Baltimore has put together its first five-game winning streak since 2020. The Orioles (40-44) are still four games under .500, and by playing in the American League East, that record still leaves them far in the rearview mirror of the first-place New York Yankees.

But entering Thursday, the Orioles found themselves just six games back of the final AL wild-card spot. It’s not out of the realm of possibility to make the playoffs, even as Baltimore entered this season still in the midst of a rebuild that has produced 100 or more losses in each of the last three full seasons.

Perhaps there’s a change in the air.

“We’re going out to compete and win every game, and I think we have a valid chance against any team in this division, this league,” outfielder Ryan McKenna said. “I can’t speak for the future, but every day is a new day, and we’re looking to take it day by day and win. That’s a passion of everybody in this clubhouse, and that’s what we’re doing.”

The difference between the teams of recent past and this year can be measured both in numbers and feelings.

The numbers are easier to display: In 2021, no team in the majors had a worse ERA than the Orioles’ 5.85 mark. That has dropped to 4.03 entering Thursday, a level that allows Baltimore to stay in games. Just over half of the Orioles’ losses this season have been by two runs or fewer.

The feelings, on the other hand, are more anecdotal. Second baseman Rougned Odor said the communication and trust he has with teammates makes the biggest difference. Right-hander Joey Krehbiel said the attitudes are light, making the clubhouse a carefree zone. McKenna noted the positivity in the clubhouse and dugout, no matter the outcome of a plate appearance or pitching outing.

“There’s teams that haven’t had the best clubhouses, and that will reflect their record, for better or worse,” said Krehbiel, who admitted to having experienced a few in his time in the minors and majors with other organizations. “But being in [this] one, there’s so much less you have to worry about. I mean, there’s a lot of things that come with being in the big leagues — talking to media, doing things on and off the field — to where, you’re in the clubhouse, you can just feel like you’ve got nothing to worry about. You’re not walking on eggshells.”

There’s another side to it, as well. The personnel is different than in past years, with an unexpectedly dominant bullpen playing a key role. Baltimore’s 3.29 bullpen ERA entering Thursday was the fifth best in the majors.

The myriad waiver claims in the mix have exceeded expectations, such as closer Jorge López, who sealed his 15th save of the season Thursday. Right-hander Tyler Wells, who served as the closer last year, has successfully made a transition to the starting rotation. Other unforeseen contributors, such as right-hander Spenser Watkins and Dean Kremer, have stepped into stable roles.

“At the top of our lineup, we can bang with the best of them,” Lyles said. “And then our starting staff, we’re young, but the rest of the guys, they might be a little clueless to how good they might be. I’m here to let them lean on me each and every opportunity that they want to. But I definitely think we’re a .500 club or better going for the rest of the year for sure.”

And those fresh faces — such as the veteran presences of Lyles, Odor and catcher Robinson Chirinos — have helped shift the culture in the clubhouse.

“It’s always great to play on a good team, but I think really what makes it is the guys around you,” catcher Adley Rutschman said. “When you’re surrounded by quality people, quality coaches, I think that makes for the experience itself.”

Hyde was measured before Thursday’s game. Even with a wild-card spot within reach, the fourth-year manager said his approach hasn’t changed from any of his previous three seasons in charge. He focuses on the game that night, even at the risk of sounding cliché.

There are too many baseball games to declare a rebuild over because of a five-game winning streak, particularly with more matchups with the heavy hitters in the AL East on the horizon. But still, with another win in the book and a record approaching .500, Hyde couldn’t entirely dismiss the positive energy mounting.

“I feel like our team comes to the ballpark feeling like we’re going to win,” Hyde said. “And that’s a different feeling, I’m sure, than what’s been in the clubhouse the last few years.”

He continued on to heap praise on that pitching staff, the one that has largely held opponents in check over the last month. And once his spiel ended, he thought for a moment before adding a parting thought.