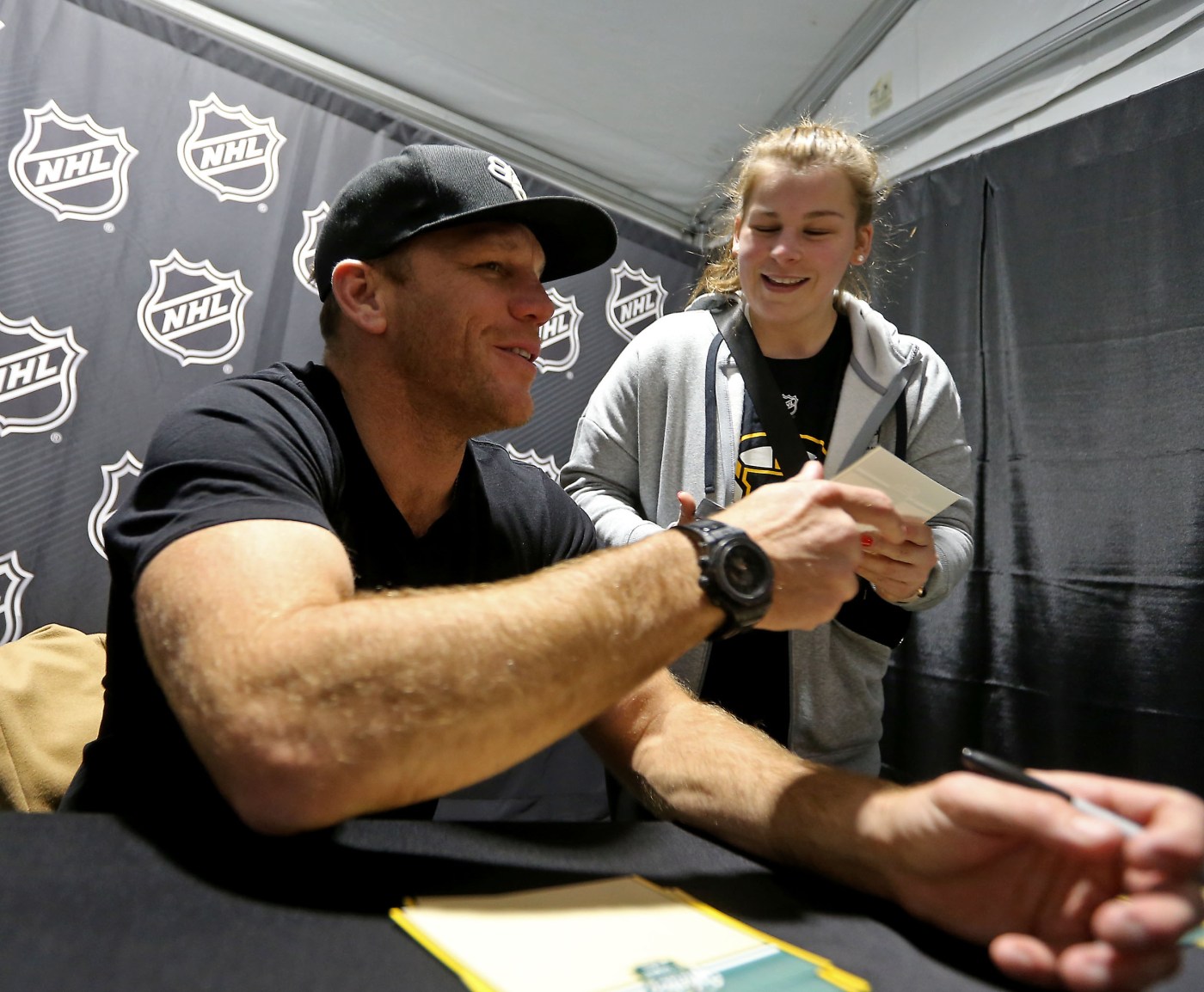 Thornton’s hustle to the event is just a small sign that giving back to the community remains a passion for the former Bruins player, who helped Boston win the Stanley Cup in 2011, its first in 39 years.

This year will mark a decade since Thornton, now the chief revenue officer for the Florida Panthers, established the Shawn Thornton Foundation, which raises funds to help find cures for Parkinson’s and pediatric cancer, causes he said are “near and dear to his heart.”

“I can’t believe that it’s already been 10 years,” Thornton told the Herald before taking the stage to sign autographs. “I want it to last past whenever I’m here. I don’t think that’s realistic, but that’s my hope. People asked me when I retired what I wanted to be remembered for, and giving back was probably the most important thing to me.”

The foundation has a team that runs in the Boston Marathon and the Falmouth Road Race. It also hosts an annual golf tournament at Ferncroft Country Club in Danvers. So far, at least $610,500 has been raised for cancer research and $485,000 for Parkinson’s research, according to the foundation’s website.

Caught by surprise that it’s been a decade since the foundation’s creation, Thornton said he’ll start thinking about ways to honor the 10th anniversary.

“Every dollar counts,” he said. “Some of the innovative research and development towards testing hard-to-find rare cancer in children has been really remarkable to see.”

As this weekend’s temperatures soared into the upper 50s, bringing a spring-like feel to the air in Boston, Thornton said the city still feels like home. He comes back to the area at least seven times a year for various events and for family time.

Thornton said he remains friends with Brad Marchand and Patrice Bergeron, teammates on the 2011 championship team, as they chat about their families and what they’re up to in the offseason. They try not to talk about what’s going on on the ice.

Marchand and Bergeron have helped the Bruins get off to its best start in franchise history at 28-4-3, having yet to lose a home game in regulation. Boston’s league-leading 59 points is 23 more than Florida’s 36.

“I’m fully rooting for the Panthers,” Thornton said. “I’m fully ingrained in that organization, but with that being said, I am happy for Bergy and the success those guys are having.”

Thornton played in the Winter Classic in 2010 at Fenway Park, the last time the NHL held its annual outdoor game in the hub. He called it his fondest hockey memory after winning the Stanley Cup with Boston and in 2007 with Anaheim.

Thornton will be on hand for Monday’s tilt against Pittsburgh with his family.

“Sitting in Big Papi’s stall, walking out of that dugout, following Bobby Orr to the ice and just seeing the majestic Fenway from the middle of the field, staring up at all the fans in the stands, it was an amazing memory,” he said.