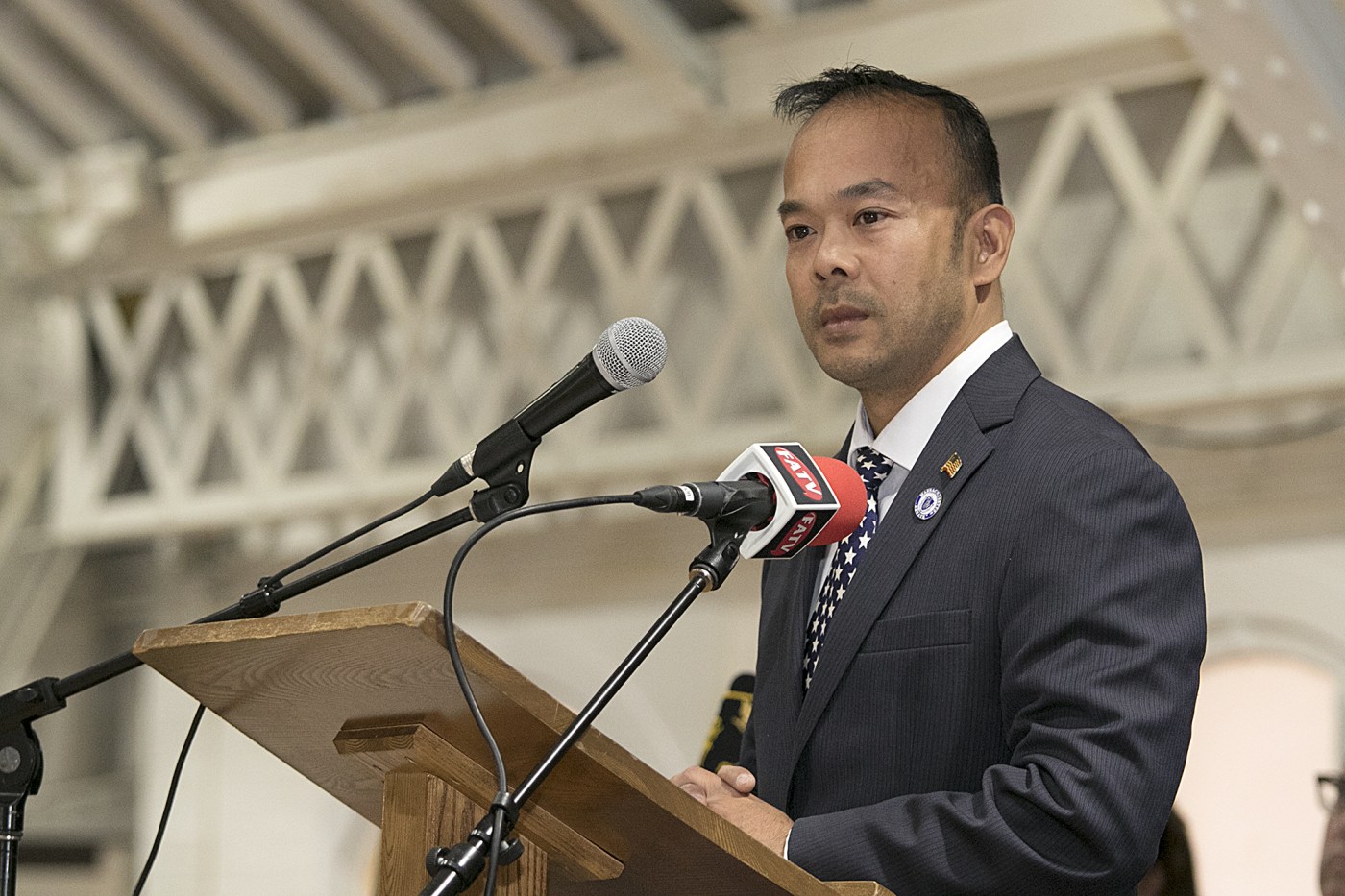 BOSTON — Former state Sen. Dean Tran, a Republican candidate for the 3rd Congressional District, filed a federal lawsuit and injunction claiming Attorney General Maura Healey was motivated by partisan politics when she filed firearm and larceny charges against him.

A press release from the Massachusetts GOP states the lawsuit, filed Wednesday, questions the timing of Healey’s July 1 press release that announced that Tran had been indicted.

The lawsuit asserts Healey’s announcement came in the midst of the campaign season as a way to thwart Tran’s run for the 3rd Congressional District. The former Fitchburg state senator is challenging Democrat incumbent U.S. Rep. Lori Trahan, who endorsed Healey in May in her run to succeed Charlie Baker as governor.

Massachusetts Republican Party Chairman Jim Lyons described the criminal charges levied against Tran as “a politically-driven hit job,” and expressed pride in Tran for “standing up and hitting back.”

“Democrats like Lori Trahan are walking in lockstep with Speaker Nancy Pelosi and the failed presidency of Joe Biden, they know people are hurting, and they know their failed policies mean they’re in big trouble this fall,” Lyons said in the Massachusetts GOP press release. “Maura Healey knows this, and this is why she’s gone out of her way to use her position to try and take out a strong Republican candidate like Dean Tran.”

The July 1 press release from Healey’s office at the center of the lawsuit stated Tran had been indicted by a Worcester grand jury on one count each of larceny of a firearm, larceny over $250 from a person over 60 or disabled, filing an application for a license to carry containing false information, obtaining a signature by false pretenses with intent to defraud, misleading a police investigation and stealing by confining or putting in fear.

Tran is scheduled to be arraigned on the charges in Worcester Superior Court on Thursday.

The Massachusetts GOP press release states the charges against Tran stem from an alleged disagreement concerning a lawful firearms sale that occurred three years ago and had previously been investigated.

The day the press release from Healey’s office was issued, Tran put out a statement through his campaign calling the indictment “nothing short of an act of political corruption” and called the allegations against him “untrue and categorically false.”

“If this pitiful attempt by the Democrat political machine is the best attempt they have as a kill shot to our campaign, then it reaffirms what we already know, that we are going to WIN this race in November,” Tran said in the statement.

The lawsuit states during Healey’s nearly eight years as the top law enforcement officer in Massachusetts she never prosecuted an elected official.

“Her involvement in prosecuting Tran, launched at the height of campaign season, marks the first such instance,” the Massachusetts GOP release states.

The injunction, which says Tran is pursuing a temporary restraining order against Healey, questions why the AG would be handling the case when the “majority of crimes in Massachusetts are prosecuted by the District Attorneys, not the Attorney General who typically only takes high profile or difficult cases requiring the centralized resources of state government.”

The lawsuit also states Fitchburg Democratic City Committee Chair Patricia Vacca Martin went on a political program on the city’s public access channel a little more than a month before Healey’s press release announcing the indictment and said a court date for Tran “is coming up shortly.”

The injunction states, “The leaks in grand jury secrecy, presaging the criminal charges against Mr. Tran, to the Chairwoman of the opposing party’s city committee, and her announcement of them on live television with social media updates, are certainly irregular.”

“What we have here is a corrupt attorney general who habitually uses her position as the top law enforcement officer in the state for purely political purposes,” Lyons said in the Massachusetts GOP release.

Healey was not immediately available for comment about the lawsuit and injunction.

The July 1 press release from Healey’s office detailed the allegations made against Tran. The AG’s office said that in June 2019, while visiting an elderly constituent, Tran allegedly used his position as a state senator to intimidate the constituent into parting with her dead husband’s firearms and made her sign a prepared contract. Tran paid the constituent $1,500 for at least eight guns, the AG’s office reported.

Tran returned upon request the next day, but did so early in the morning, allegedly forcing his way into the constituent’s home. The constituent was alone and Tran demanded the keys to her late husband’s gun safe, allegedly stealing a Colt .45 while the constituent hid in her bedroom, according to prosecutor records.

The gun was returned to the constituent at a later date, according to Healey’s office.

When interviewed by police about the incident, Tran allegedly gave multiple conflicting stories and reasons for taking the guns away. According to the AG’s office, that included denying any type of firearm sale, later producing a sales contract for the weapons and disparaging the constituent’s mental capacity before demanding a written apology from her.

Healey’s office also alleges that Tran made false statements on his May 2019 license-to-carry renewal application.