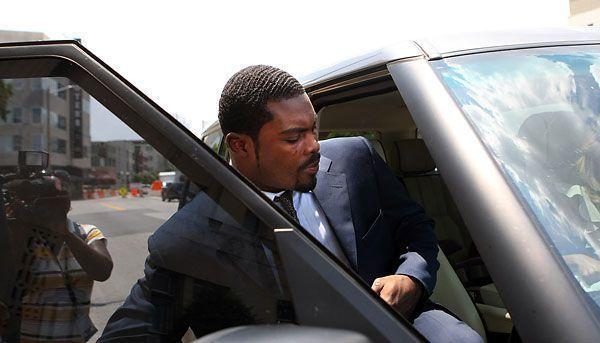 Former NFL star Michael Vick, whose record took him from fame and fortune with the Atlanta Falcons to the inside of a prison cell for his role in a dogfighting ring, only to see him rebound in the NFL with the Philadelphia Eagles, is being sued in Broward County by creditors who want him to repay loans from at least four years ago in Maryland.

According to the lawsuit, which was filed in May, Vick was slapped with a judgment of $692,000 for the outstanding debts. That came from a Maryland court. Details about the origin of those debts were not part of the Broward lawsuit.

But Vick lives in Southwest Ranches, in a home protected by the state’s homestead laws because it’s his primary residence. Lawyers for the plaintiffs say they want Vick at a deposition Aug. 5 to list his assets so his creditors can collect.

Vick’s South Florida lawyer, Arthur Jones, said Friday he intends to represent him in the case, and asserted that the plaintiffs are misrepresenting how much Vick owes.

“Michael Vick takes these matters seriously and is aware of the proceedings and will be sure that all parties who are entitled to receive payment will be paid,” he said in an email statement. “However, usurious calculations which produce absurd results should not be countenanced by the courts of Florida. Therefore, all appropriate defenses will certainly be utilized. Further comment on any shenanigans which lead to situations like this may be made available at a later date.”

Kevin Spinozza, an attorney for the plaintiffs, did not respond to a request for comment Friday. “They are indeed living in the house. There was a $160,000 Bentley in the driveway,” Spinozza told the Miami Herald Thursday. “Obviously a beautiful home, one you would think a retired NFL player would live in.”

Vick played for the Atlanta Falcons from 2001 until 2006. The following year, he was embroiled in a controversy over an illegal dogfighting ring in Virginia and ended up serving nearly two years in federal prison.

He filed for bankruptcy in 2008 and ended up paying back most of what he owed, according to published reports. He returned to the NFL as quarterback for the Philadelphia Eagles in 2009. After playing for the New York Jets and the Pittsburgh Steelers, he retired in 2017 and started working as a Fox Sports analyst.

No hearings have been set in the Broward collections case.