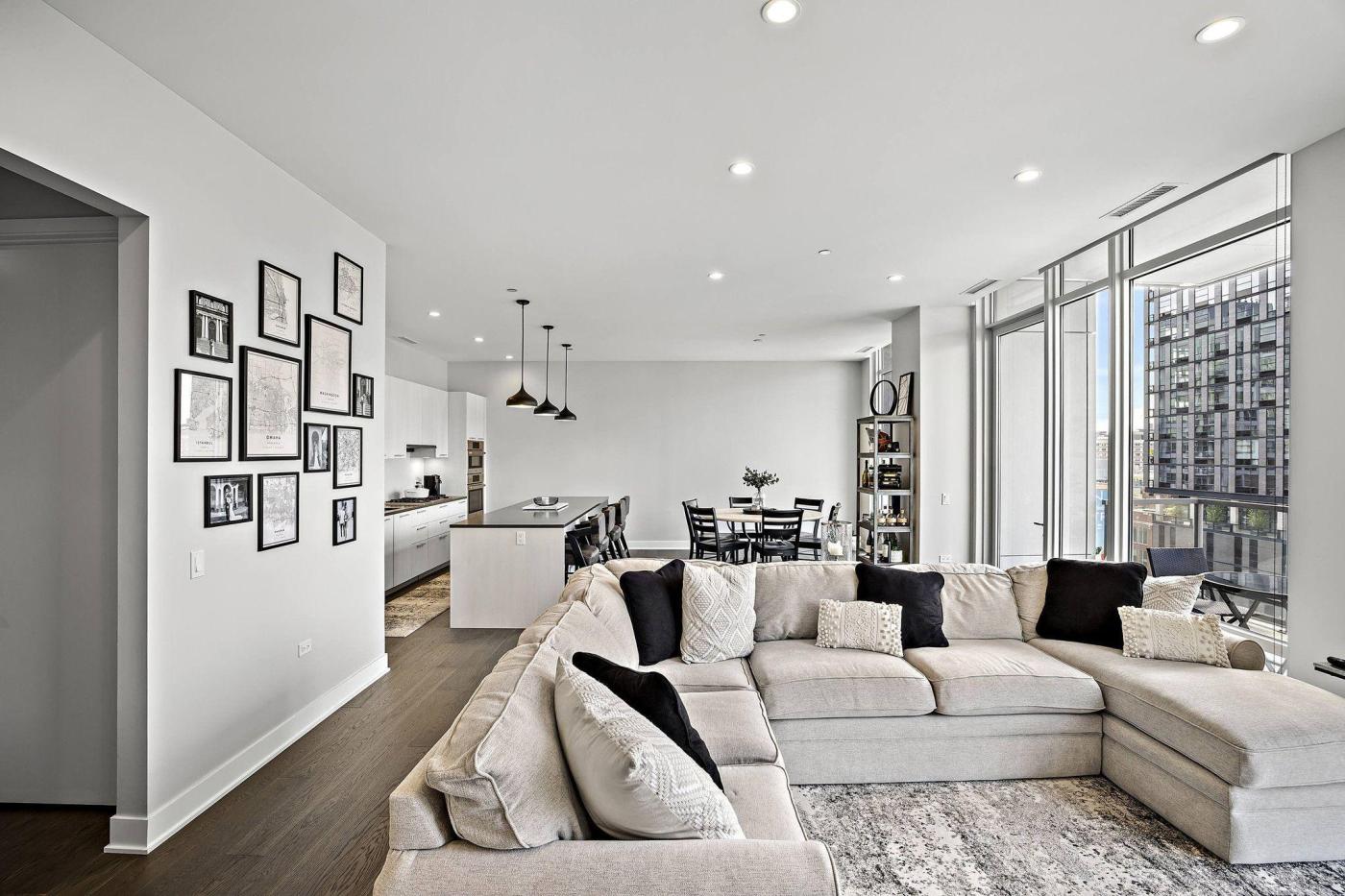 Peters, 27, played high school basketball in downstate Washington and starred at Valparaiso University. A small forward, he played 20 games for the Suns in the 2017-18 season and now plays basketball for a team based in Greece.

In River North, Peters paid $1.23 million in mid-2019 for the condo. Located in an 11-story building that was constructed in 2017 by developer Belgravia Group, the unit has 2½ bathrooms, 10-foot ceilings, floor-to-ceiling windows, 8-foot solid core doors, 5-inch wood floors, an open layout, recessed lighting, custom closets, a private balcony and a kitchen with Italian cabinetry, quartz countertops, an 11-foot island, a Bosch refrigerator and an Asko dishwasher. The condo’s primary bedroom suite has a fitted walk-in closet and a bathroom with Italian vanity cabinetry and dual under-mount sinks.

Murillo said that as a pro athlete, Peters liked the privacy associated with owning a condo in a building with just 38 units. He also liked the building’s quiet residential block and the building’s many amenities, including a rooftop lounge, fitness center and dog run, Murillo said.

“He enjoys spending his summers in Chicago during the off season,” Murillo said. “However, it didn’t make sense to keep a place full-time with him playing abroad in Europe. I think moving forward he will just find a short-term rental for the summer.”

Peters first listed the unit in February 2021 for $1.32 million. He cut his asking price several months later to $1.29 million before taking it off the market in November. He relisted it in February for $1.26 million and then cut his price further to $1.2 million in April before finding a buyer.

Bob is a freelance reporter.