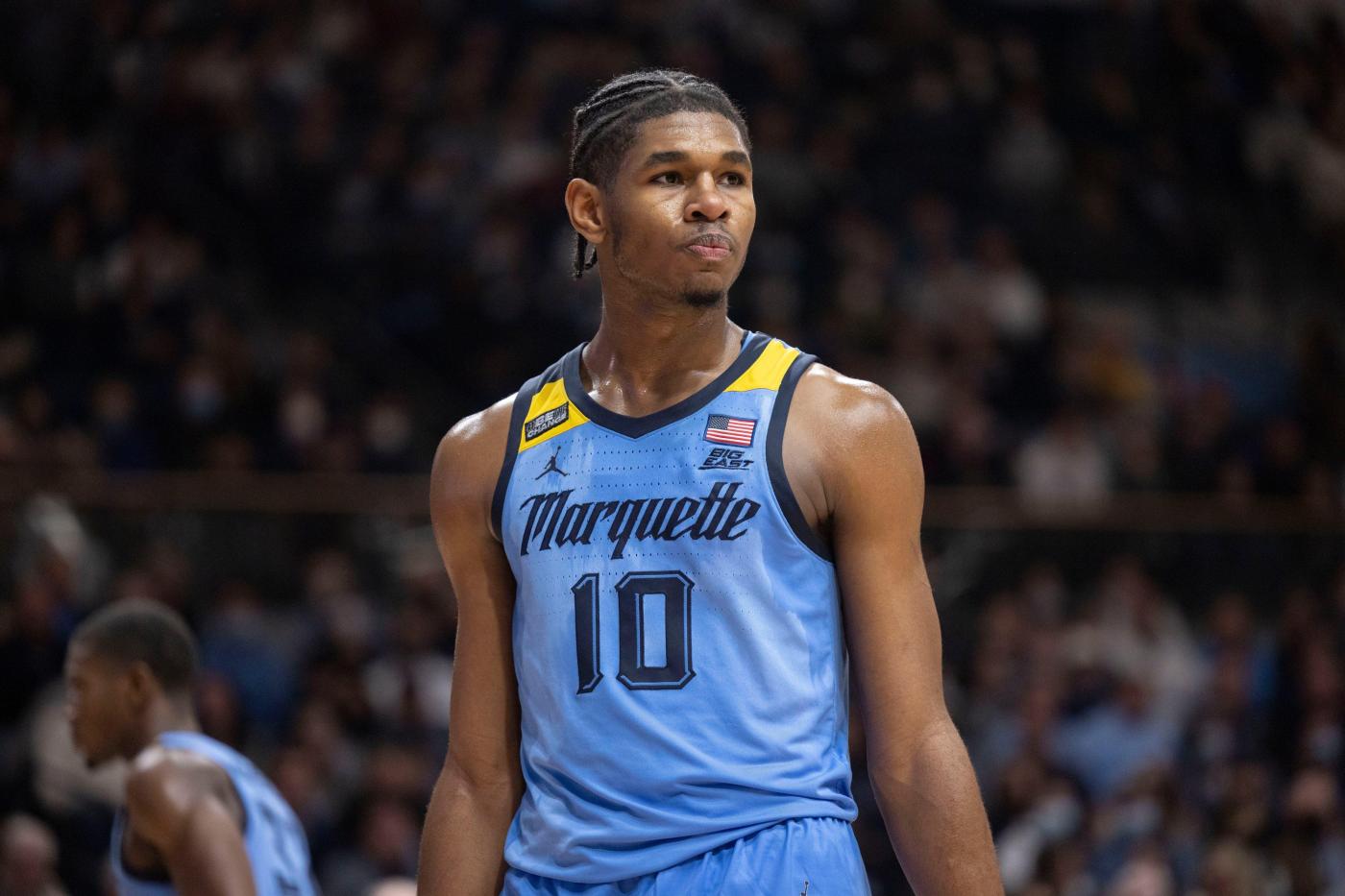 Lewis, who averaged 16.8 points and 7.9 rebounds per game as a sophomore while leading the Golden Eagles to the NCAA Tournament, is receiving a two-way contract, according to The Athletic.

The 20-year-old Lewis joins a Bulls team that went 46-36 under coach Billy Donovan last season and returned to the playoffs for the first time in five years before losing to the defending NBA champion Milwaukee Bucks in the first round. Chicago selected Arizona point guard Dalen Terry with the No. 18 overall pick on Thursday.

According to ESPN, two-way contracts in the 2022-23 season will be equal to one-half of the rookie minimum salary, or approximately $502,000 for the year. Two-way players compete mostly in the NBA G League and can make up to 50 appearances for their team during the regular season, but are not eligible to play in the postseason.

While Lewis was projected to be taken in the mid to late second round, it was still somewhat surprising to see him fall out of the draft. He was ranked among ESPN’s “best available” players for most of the second round, but scouts and analysts pointed to his inconsistent performance and struggles finishing around the rim as potential reasons for his slide.

“I’m getting criticized for certain things in my game right now but I know I’ll work on those things to get better,” he told The Baltimore Sun earlier this month. “So it’s exciting more than it is getting down on myself because I know I’ll attack during the offseason and get better at those things.”

The Bulls begin the NBA Summer League in Las Vegas on July 8 against the Dallas Mavericks.

Lewis enjoyed a breakout sophomore season with Marquette. The 6-foot-7, 237-pound forward was named the Big East Most Improved Player and an All-Big East first-team selection.

Lewis, who started in all 32 games, posted a team-best five double-doubles while finishing third in the conference in scoring and seventh in field goal percentage (.440). He had four games in which he scored 25 or more points, including a 33-point effort in a victory over Seton Hall in January.

Lewis’ sophomore campaign was a step up from his freshman year, in which he only averaged 7.8 points in 21 games (one start). He only scored in double figures nine times, and he missed seven games because of an ankle injury.

In high school, Lewis was a four-star recruit and one of the top players in the Baltimore area, ranking as the third-best player in the state and the 17th-best power forward from the 2020 class, according to 247Sports’ composite rankings.

The Baltimore native played his freshman season at Calvert Hall before finishing his high school career at Poly, where he led the Engineers to two state titles while totaling 1,374 career points, the third-most in school history. Lewis was named The Baltimore Sun’s 2019-20 All-Metro co-Player of the Year after averaging 19.3 points and 13.4 rebounds per game.

Meanwhile, Duke guard Trevor Keels, a native of Clinton in Prince George’s County and a former standout at Paul VI in the Washington Catholic Athletic Conference, was picked No. 42 overall in the second round by the New York Knicks.