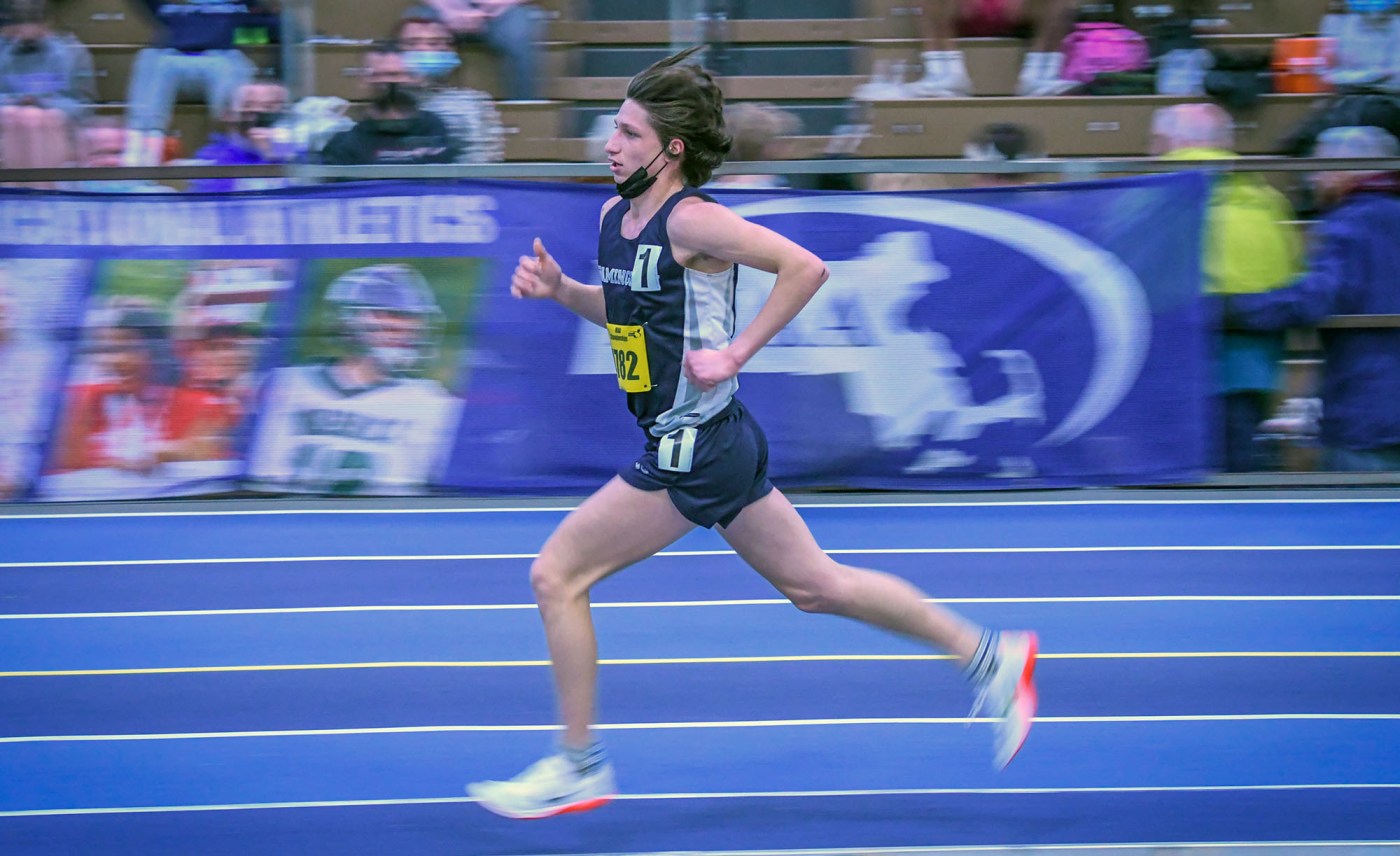 He’s still on the mend from a nagging ankle injury, but it would be foolish for any harrier to count out Sam Burgess when November rolls around.

The Framingham star held off Needham’s Kyler McNatt to capture the Div. 1 All-State title last fall and he has the mental toughness to get himself where he needs to be come Nov. 19 when the championship meet moves to Fort Devens in Ayer.

Healthy or not, it will take a supreme effort from Burgess to turn away what is sizing up to be a deep Div. 1 field. All-State 2-mile champion Nathan Lopez of St. John’s Prep’s will be ready to race for the title as will Christopher Sullivan of Catholic Memorial, David Manfredi of Weymouth, Waltham’s Brendan Wilder, Ryan Connolly of North Andover, Tyler Tubman of Newton North and Ben Feldman of Natick.

Aidan Ross of Uxbridge and Marcus Reilly of Northbridge staged an early duel in Div. 3, but it was Ross who put on the pressure and surged to a  sizzling Wrentham Developmental Center course record of 14:47.11. It should be the same two-runner race this year with both harriers back. Other returning top-10 finishers include Timothy Rank of Littleton, Monson’s Andrew Linkenhoker and John Collins of Norfolk Aggie.

Burlington’s Rithikh Prakash is the top Div. 2 returnee after a strong third-place showing last fall. He’s the lone harrier who is back and broke 16-minutes, making him the clear favorite. Teammate Eric Sekyaya could give Burlington a 1-2 finish.