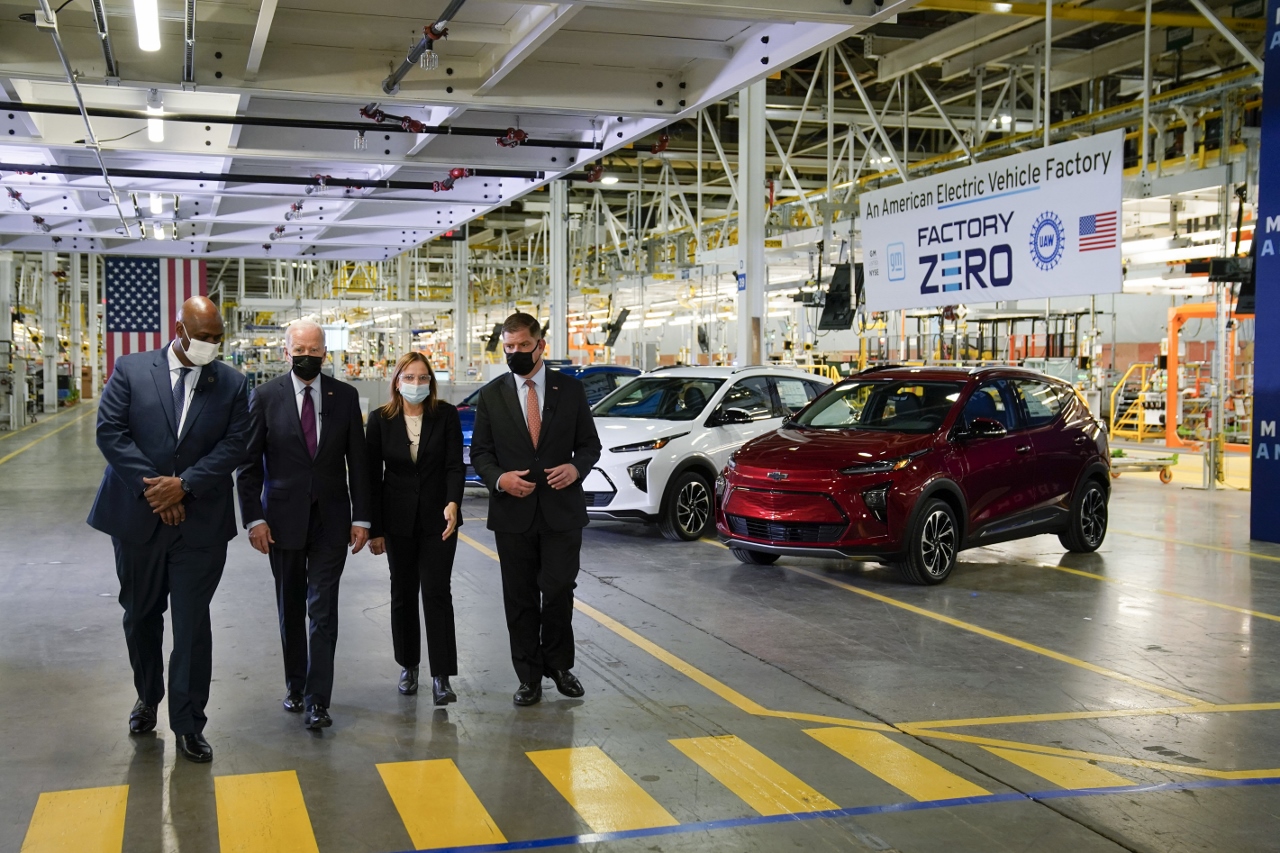 When President Biden signed the Inflation Reduction Act in August, there was much discussion of the legislation’s tax incentives, including provisions to expand domestic U.S. production of electric vehicles (EVs). Unfortunately, America’s trading partners — led by French president Emmanuel Macron — are complaining about the bill. They’re unhappy that the act grants tax credits to EVs bearing final assembly in North America. Europe’s complaints are somewhat ironic, though, since France and other European Union countries have repeatedly prioritized their industries in recent years.

The Inflation Reduction Act could easily be called the “Ignite Reshoring Act.” Requiring North American-sourced production for EVs and other renewable energy technologies will help domestic U.S. manufacturers struggle against subsidized imports. In fact, since the bill was signed, companies are already starting to build EV supply chains in the United States.

This is clearly what the American people want. National polling shows that voters strongly favor action to rebuild domestic industry. Helpfully, the tax provisions in the Inflation Reduction Act can accomplish this — and deliver on the promises made by Biden and the previous administration to reshore American industry.

But there’s a problem for France and other EU countries. They rely on the United States as the primary consumer market for their EVs. And so, Europe is protesting the Inflation Reduction Act — even though it amounts to the United States simply trying to save part of its home market for American-made EVs.

France is particularly disingenuous in its criticisms. Macron objects to the act’s emphasis on a North American EV supply chain. But France and other EU powers have taken similar action in recent years to bolster their own companies. In particular, they’ve adopted a Digital Service Tax that directly penalizes America’s tech companies.

Digital Service Taxes are indirect taxes on the digital services that a company may provide in a particular country. France was a leading proponent of these taxes since they target leading American high-tech firms such as Google and Amazon.

France certainly has the right to use its national tax system to focus on large multinationals — the corporate giants that routinely shift profits to tax havens to avoid paying corporate taxes.

But now France wants to have it both ways — by simultaneously protecting the profit-shifting of French pharmaceutical companies and other producers while targeting similar American companies. France even negotiated a suspension of U.S. tariffs to address the Digital Service Taxes. But that’s par for the course since France is looking to game the system for its benefit. However, Macron complains when the United States attempts to resuscitate its EV industry.

This is the underlying truth of global trade — that countries act in their own self-interest and complain if the United States tries to do the same.

Macron has made clear his desire for a globalist tax structure. But if he genuinely wants a fairer tax system, he should consider the proposals of those calling for a revenue-based apportionment system. Such an approach would target the profit-shifting of large corporations — including French and American companies.

The Inflation Reduction Act marks an important step toward reshoring key U.S. industries. President Biden should stand firm and not yield to the complaints of overseas competitors who now complain about the bill’s emphasis on American-made EVs.