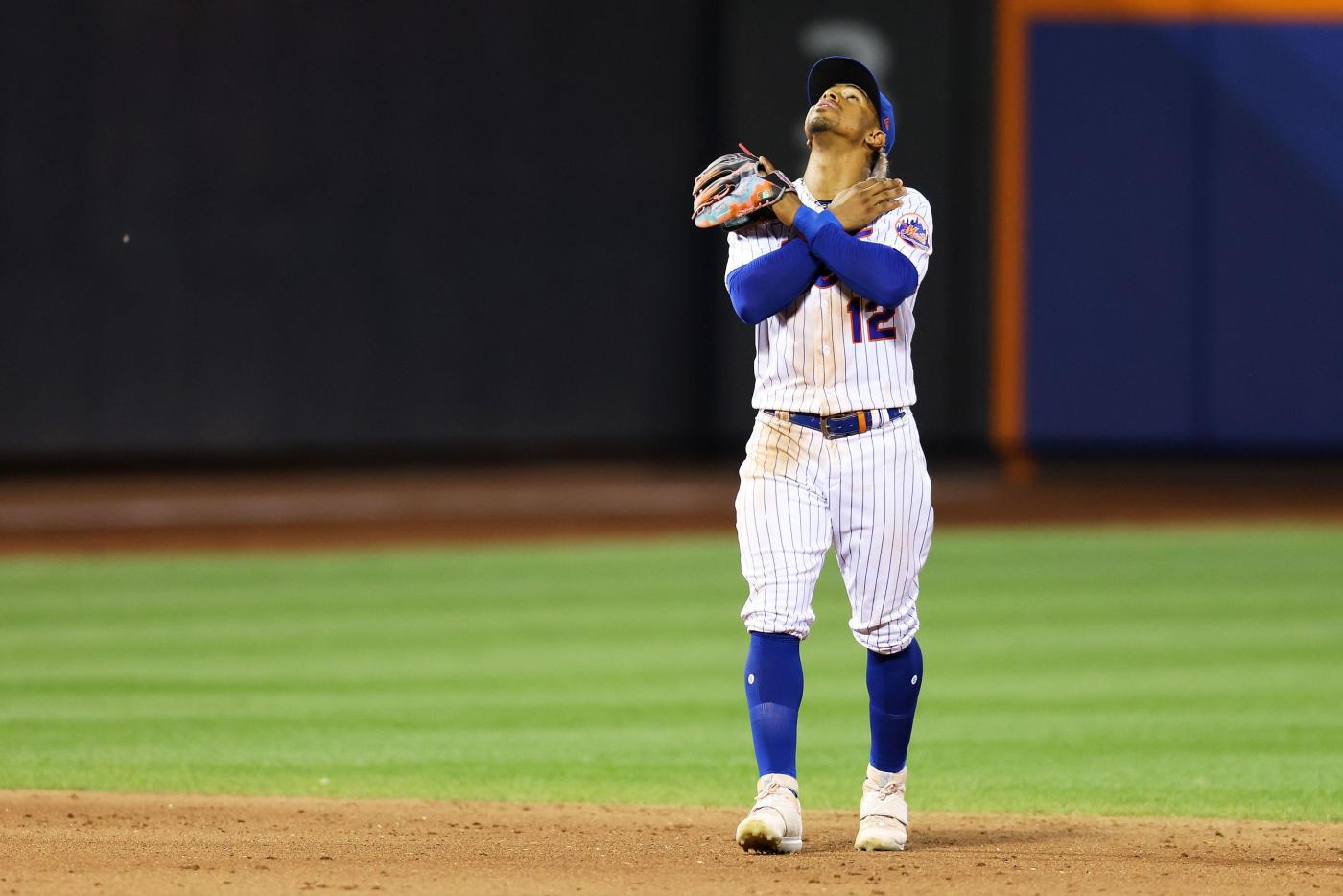 With his name in the starting lineup once again on Wednesday, Mets’ shortstop Francisco Lindor has started 111 of the team’s 112 games. The only game he did not appear in was June 2 at Dodger Stadium. Manager Buck Showalter was asked about the value of having a superstar who can be counted on day in and day out.

“It’s a skill,” Showalter said. “It sets a tone for a lot of guys. Without naming names, guys look around.”

Showalter said he had five names in his head coming into this series that he was “going to try to get off the field in some form or fashion.” None of those have been Lindor, who, on Tuesday, became the first Met shortstop ever to have two 20-homer seasons.

Showalter describes Lindor as a perfectionist, someone who takes pride in bunting, running the bases, and being a student of the game. The skipper called him “one of those good question guys” and also said that his bounce back season after a disappointing 2021 has shown a lot of maturity.

“He’s very approachable about things that we should do better. We had a relay that was a little off. I think it kept him up for two days. He’s driven. He wants to be the last team standing.”

There was a day, according to Showalter, where he went into the team’s dining area looking for somebody. He ended up getting distracted by the sight of Lindor, who was in the corner by himself poring over video on his iPad. That, according to Showalter, is the true measure of his character, as the mega-rich shortstop was putting in the work when nobody else was watching.

“Francisco has been a rock,” Showalter reiterated. “Through thick and thin, he’s got that same personality. I’ve never said, ‘What kind of mood is Francisco in today?’ He’s in the same mood every day, no matter what may be going on, we all have it off the field, things that affect our mentality a little bit. Once he walks through that door, he’s about the Mets and playing shortstop for us.”

As for the constant usage, Showalter said the Mets have internal conversations every single day about how to effectively rest players. Using a red, yellow and green traffic light system, the team will look at everything from the last time a player had a day off to how hard he ran the bases in a given week.

“It’s an inexact science,” Showalter admitted. “You try to use everything at your disposal. I welcome it, I want all of it.”

They’ve gotten Lindor’s all this year, and it’s paying off with a sublime season for both him and the ball club as a whole.

“The burden of expectations, x contract, x-year commitment means you should do this statistically,” Showalter began. “I wanted to make sure [Lindor] knew that wasn’t my line. Just go play shortstop, play the heck out of it, bring what you bring, and make sure we can count on that.”

TAKE A LOAD OFF, BUCK

Wednesday marks the end of the Mets’ run of 14 games in 13 days. With an off day on Thursday, the team will have some sorely needed decompression time, even if their leader thinks it won’t do a lot for their bodies.

“What do you get from it, physically? Not a whole lot,” Showalter guessed. “We’re too far down this road.”

The ability to get away from things and not think about baseball, not be on the baseball clock, and not have to hang out with their teammates is the most valuable thing, per Showalter.

“We pick their friends for eight months. You can actually go do something that you want to do. You know what a lot of people do when they get time like this? Nothing.”

As for how he’ll spend his off day? How about a television show that debuted in 1955.

“I might want to sit there and watch Honeymooners reruns,” Showalter laughed. “Pretty funny show.”

Just don’t tell him too much about it, though.

“I don’t like reading about the truth behind the scenes and who didn’t get along with who. Who feuded on the show? I don’t want to hear that. Someone once told me that Andy Griffith and Barney Fife didn’t get along. That’s no good.”