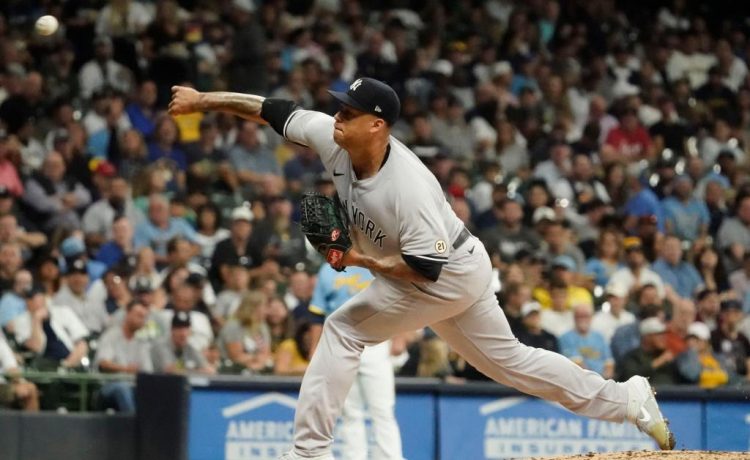 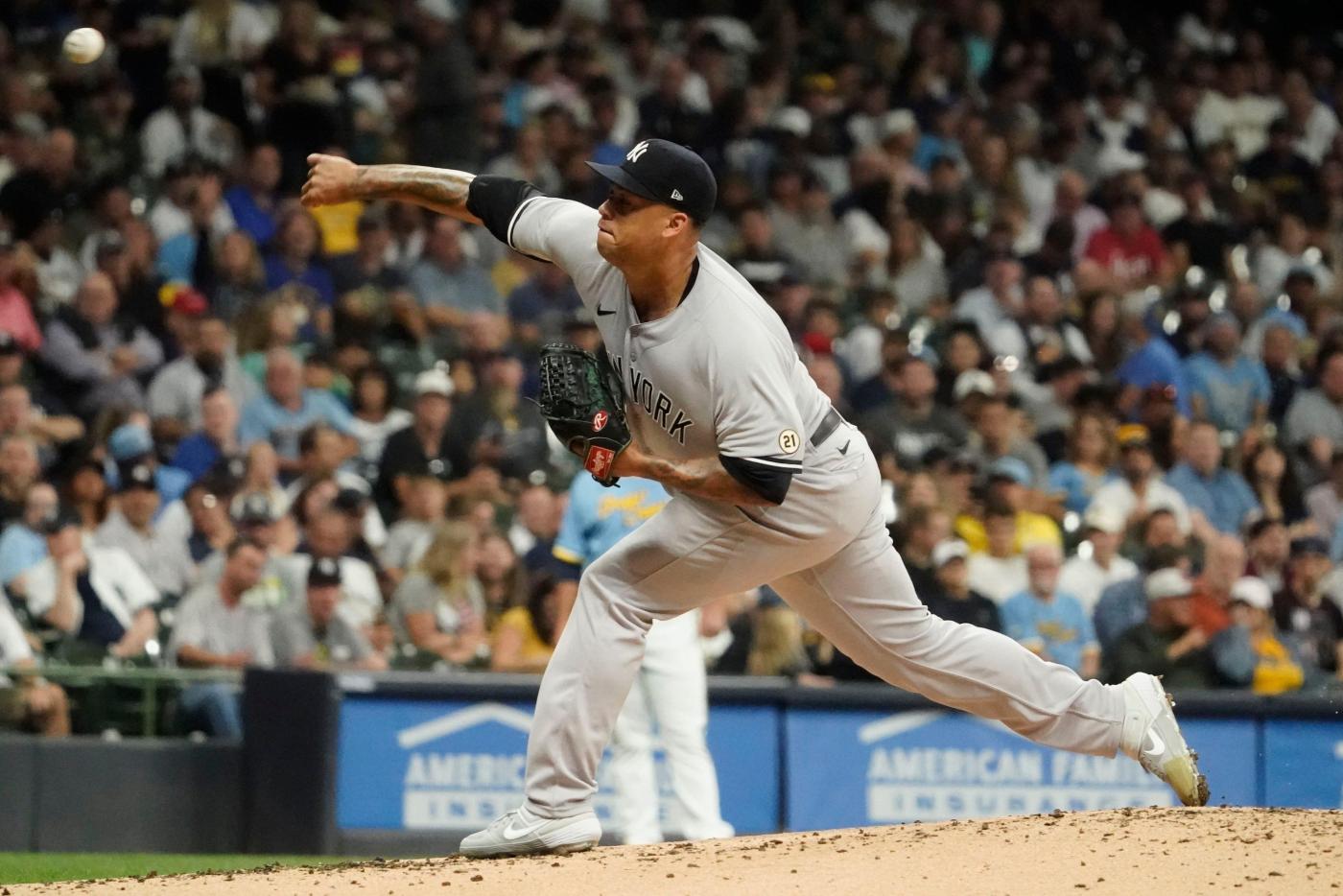 MILWAUKEE — While the rest of the world is eagerly wanting to see Aaron judge chase history, the Yankees are still chasing wins. On the night the Astros became the first American League team to clinch a playoff berth, Judge did not homer and the Bombers blew a five-run lead to lose to the Brewers 7-6 on a Garrett Mitchell walk-off single at American Family Field.

Hunter Renfroe led off the ninth with a double off Clay Holmes, the Yankees’ eighth pitcher of the night. He advanced to third on Kolten Wong’s ground out. The Yankees went with five infielders and two outfielders against Andrew McCutchen and Jace Peterson. Holmes walked McCutchen to put runners on the corners with one out and struck out Peterson. The Bombers went back to a basic alignment for Victor Caratini.

Josh Donaldson led off the top of the ninth with a game-tying home run off the left field foul pole. Oswaldo Cabrera followed up with a double. Isiah Kiner-Falefa bunted him to third with one out, but Miguel Andujar struck out and Kyle Higashioka flew out to strand him there.

Kiner-Falefa booted a ground ball with runners on the corners in the bottom of the eighth to allow the go-ahead run to score. Jonathan Loaisiga had some tough defensive plays not made behind him in that inning. Gleyber Torres could not corral a Mitchell ground ball and the Yankees could not turn a double play on Christian Yelich’s ground ball to keep the inning alive. Willy Adames, who had homered earlier, hit a sharp grounder to short, which Kiner-Falefa tried to backhand it and couldn’t pick it up, allowing the go-ahead run to score.

Judge reached base twice  and scored two runs. He extended his season-high on-base streak to 16 games. He has reached base multiple times in 14 of those 16 games.

He singled in his first two at-bats and in his third, the slugger was intentionally walked with the crowd at American Family Field, hoping to watch him chase history, booing loudly. In the fifth, righty reliever Justin Topa struck Judge out after an eight-pitch at-bat and he grounded out to short in the eighth.

Frankie Montas was not sharp again. The right-hander, who was picked up at the trade deadline to solidify their playoff rotation, is 1-3 with a 6.41 ERA in eight starts with the Bombers. The Yankees sent promising young pitching to Oakland for Montas with the idea he could be their No. 2 starter in a playoff series, but so far he has not looked like a postseason starter at all.

Friday night, he allowed four runs on four hits. He walked four and struck out two in just 3.1 innings of work. The Yankees had to dip deep into the bullpen to cover the rest of the game, using seven relievers.

He got himself in trouble in the first, but got out of it unscathed. In the second, he led off by walking the No. 7 hitter and giving up a single to catcher Omar Narvaez. He struck out Mitchell and Yelich, before Adames crushed a slider 427 feet to left-center field to cut the Yankees lead to 5-3.

Montas got out of that inning and just allowed one base runner in the third, a walk to McCutchen, but quickly got in trouble in the fourth. He left after walking the Brewers’ No. 9 hitter in the fourth inning with one out and Lucas Luetge let the inherited runner score.

The Yankees spotted Montas a five-run lead after the first two innings.

Judge led off the game with a single and scored on Donaldson’s sacrifice fly. Torres, who had doubled, scored on Kiner-Falefa’s single. Marwin Gonzalez drove in Cabrera, who had walked.

Aaron Hicks led off the second with a single and scored on Donaldson’s ground out and a Brewers’ throwing error by Kolten Wong.

Just as the Yankees are hoping to become whole with Anthony Rizzo ramping up before the game, they might have taken some more losses. In the sixth, Cabrera replaced Gonzalez at first base, his first professional appearance there. Gonzalez left with an “illness,” according to the team. Also, catcher Jose Trevino left the game after getting hit in the right knee with a foul tip in the fifth inning. He was pinch hit for in the seventh. The team announced he suffered a right knee contusion.