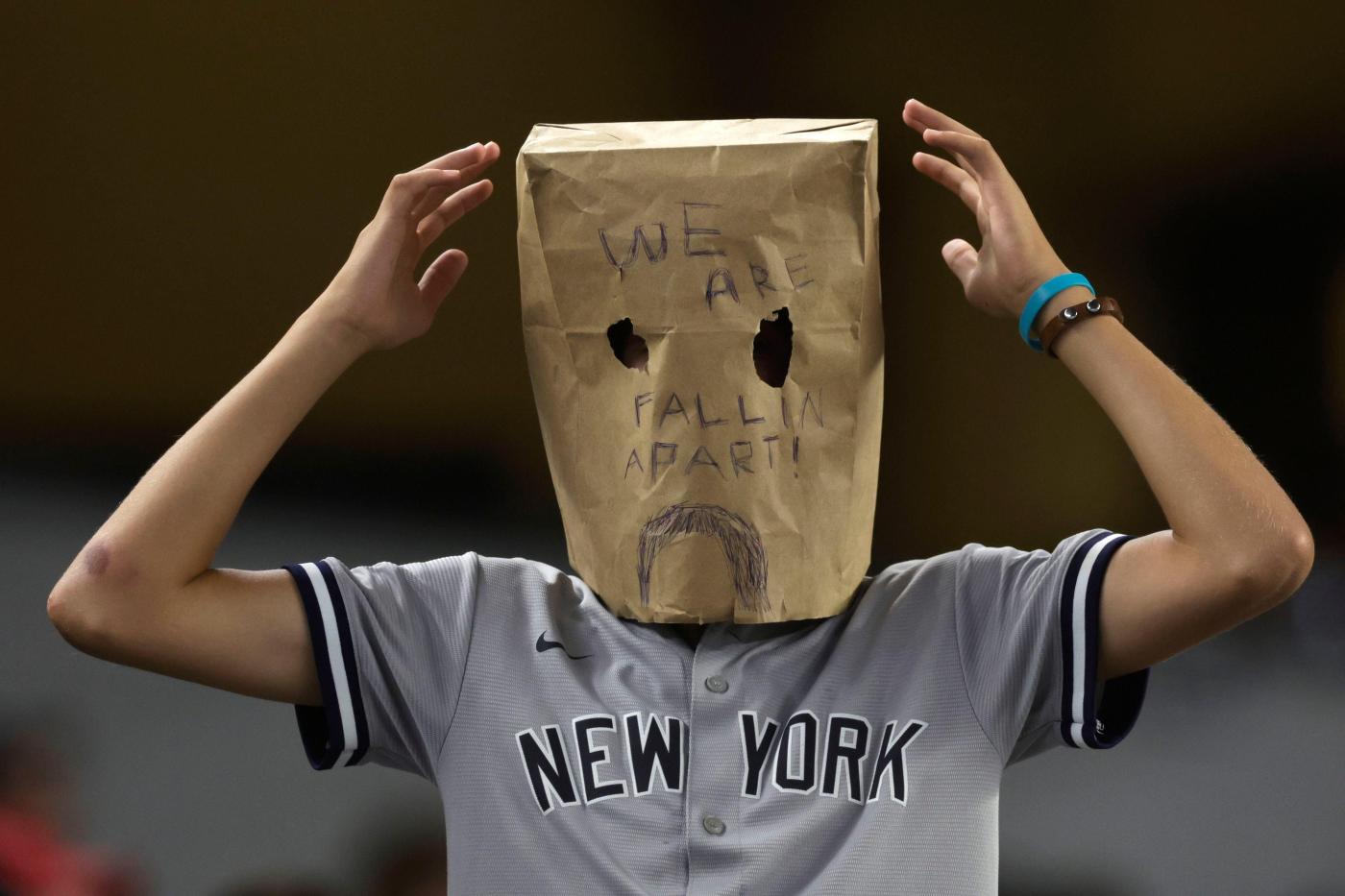 The age-old saying in baseball is that momentum lasts only as long as the next day’s starting pitcher. Unfortunately for the Yankees, less than 24 hours after a dramatic, extra-inning walk-off grand slam, Frankie Montas came up short.

The Blue Jays killed any momentum the Bombers had from Wednesday night’s dramatic win and hit Montas for a season-high runs allowed and beat the Yankees 9-2 at the Stadium on Thursday night.

The Yankees (73-46) have lost four out of their last five games and 12 of their last 15. Since the All-Star break, the Bombers are 9-18. The Blue Jays (63-54), whose own struggles did not allow them to gain ground during the Yankees slide, made up some ground in the American League East race. They and the Rays are tied at nine games behind the Yankees, who held a 15.5-game lead on July 7.

Montas allowed a season high-tying six runs on eight hits over six innings. He walked one and struck out two. He generated six swings-and-misses, two on his splitter.

“I mean, to be honest, I just feel like the second inning was the inning that kind of got me off the game,” Montas said, “but besides that, I felt like I threw the ball pretty good.”

Montas gave up a lead off single to Teoscar Hernandez in the second. Matt Chapman hit a one-out double, but was tagged out on Santiago Espinal’s ground ball to shortstop, which allowed Hernandez to score the Blue Jays’ first run. Montas walked Whit Merrifield and gave up an RBI-single to George Springer, who finished 5-for-5 on the night.

Montas hung a fastball flat over the plate for Vladimir Guerrero Jr., who hammered it for a three-run home run. It was Guerrero’s fifth home run and 13th RBI against the Bombers in 13 games this season. The 362-foot shot to right field was a Yankee Stadium special, meaning it would only be a home run in the Bronx.

Montas retired the next six batters he faced, before Guerrero reached on a fielder’s choice, advanced to third on a Lourdes Gurriel Jr. single and scored on Alejandro Kirk’s double.

The Yankees acquired Montas at the trade deadline to be a No.2 starter behind Gerrit Cole in the playoffs. It’s a small sample size, but so far, it’s hard to imagine that. He has given up six runs in two out of his three starts as a Yankee. Since coming over to the Bombers, Montas has allowed 14 earned runs over 14 innings pitched.

Montas’ arrival to the Yankees was delayed by a death in the family and he arrived in St. Louis the night before making his Bombers debut in a day game. He was also still coming back from a shoulder issue.

“Just some fastballs in the center of the plate,” Yankees manager Aaron Boone said. “Just not quite the put-away, splitter-fastball combo that he’s had in the past.”

Albert Abreu took over in the seventh and promptly gave up three runs, two earned. Springer got his fourth single of the night to lead off the inning and Vladimir Guerrero reached on a fielder’s choice, but LeMahieu missed the throw at second, so Springer advanced to third. Abreu walked Gurriel, Jr. and Kirk brought in Springer on a sacrifice fly. Teoscar Hernandez doubled in two more runs.

Montas might have quickly killed the momentum, but the Yankees offense was just as flat. In fact, the eight runs they scored Wednesday night was double their combined offensive production in their four previous games.

Jose Berrios and the Blue Jays held them in check Thursday night. The Bombers were 1-for-10 with runners in scoring position and stranded eight.

“The long ball hasn’t been there and that’s a big scoring component (of the offense),” Boone said. “But I thought tonight was better than say what we saw in that seven game stretch where it was really tough. But we need to be better.”

He walked Jose Trevino and hit Estevan Florial with a pitch to lead off the third. DJ LeMahieu, making his first start since missing four with an inflamed right big toe, singled in Trevino and Florial scored Judge’s ground out.

Oswaldo Cabrera singled to lead off the seventh and advanced to third on LeMahieu’s two-out single, but Anthony Bass came in to strike out Judge and strand the runners.