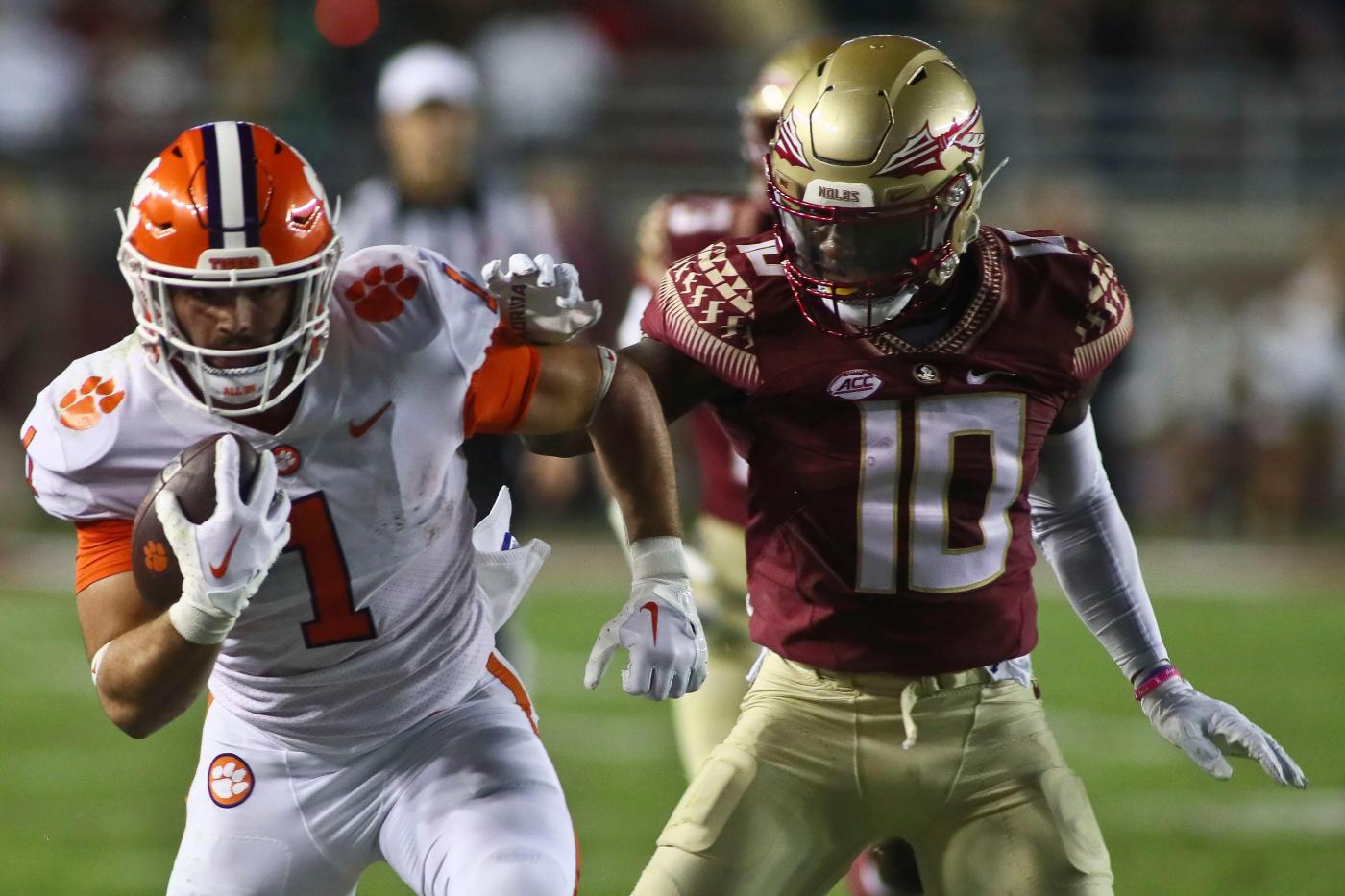 Florida State defensive back Jammie Robinson has declared for the NFL Draft, announcing his decision on social media Sunday morning.

“I sincerely appreciate my teammates, coaches, family and fans of the University of South Carolina and Florida State University community who have made the last four years memorable,” Robinson posted on Twitter. “ … I have been fortunate enough to be surrounded by men who exemplify what it means to be hardworking leaders and for that, I’m grateful.”

Robinson was a first-team All-ACC selection after leading the team in tackles (99) for the second consecutive season. The redshirt junior wrapped up his second season with the Seminoles after transferring in from South Carolina in 2021. He finished his time at FSU with 183 tackles, 12 tackles for loss with 5 interceptions, 8 passes defended, two forced fumbles and a fumble recovery.

He was the Seminoles top tackler (13) in their 35-32 win over Oklahoma in the Cheez-It Bowl Thursday night, adding a sack and a fumble recovery.

“Grateful for the opportunity to coach you, @JayRob_7. It has been a great joy to see you succeed and continue to improve, ” said Norvell. “Excited for your future and thank you for how you finished here! #KeepCLIMBing Always here for you, once a Nole, ALWAYS a Nole! #NoleFamily.”

Added Fuller: “This game brings about great opportunities for lifelong relationships. @JayRob_7, thank you for your competitive spirit and growth.”

Despite being considered NFL prospects, Robinson and edge rusher Jared Verse chose to play in FSU’s bowl game. He noted at the time, his focus remained on playing in the game.

“I’ve been football-minded. I am here. I am with my brothers right now because I know when it is over with, it will be over with, and I will miss it,” he said. “Right now, I am not going to try to miss it. I am going to cherish every moment with my brothers.”

After the Seminoles’ bowl win, Robinson hinted that he might have a surprise heading into the New Year.

“I’m going to have a New Year’s present for everybody,” Robinson said. “I appreciate Florida State for everything, even if I leave or don’t leave. I’ll take a few days off, clear my mind, talk with my brothers, my parents and my family, and see what’s the best decision for me.”