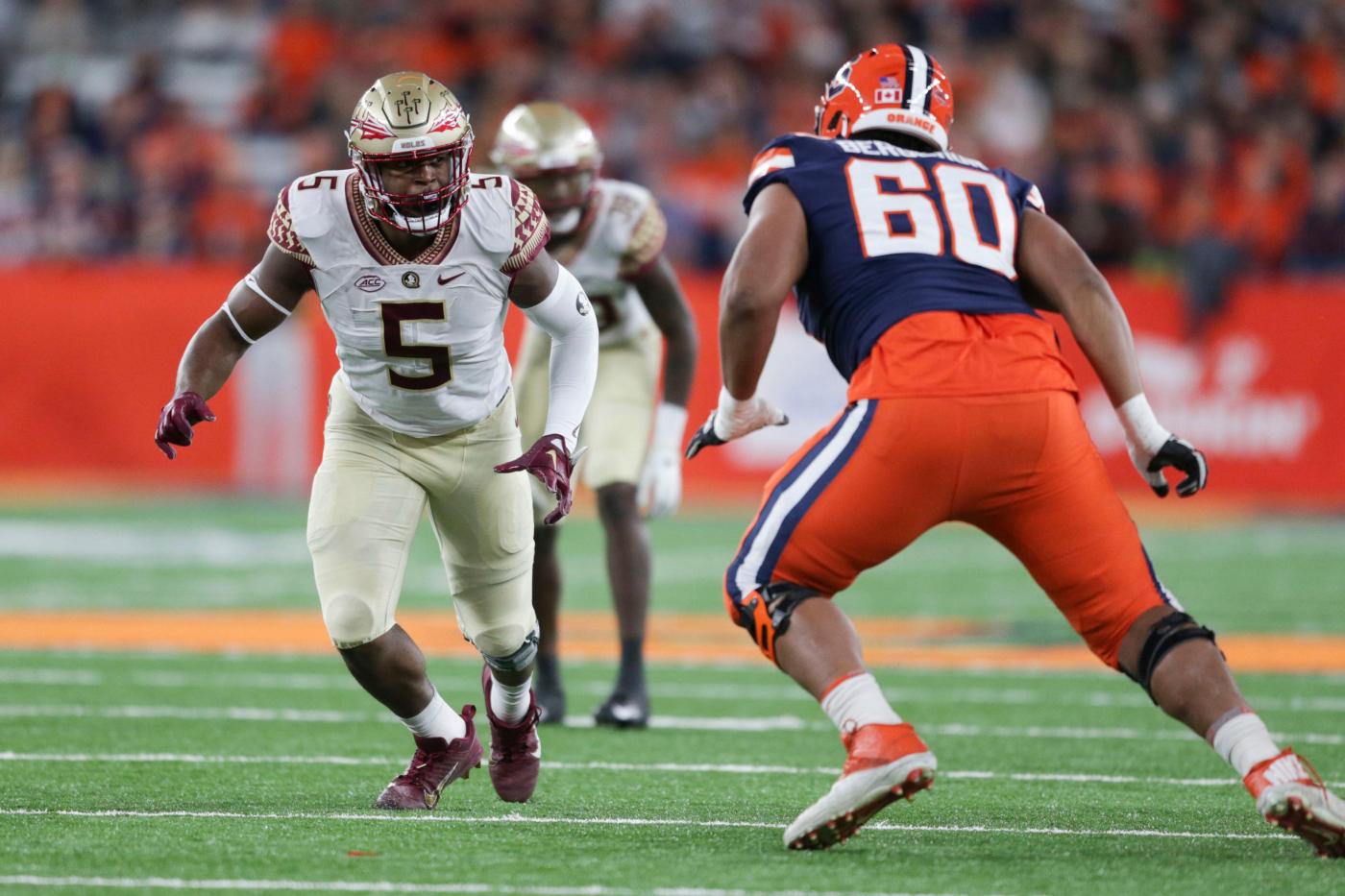 As Florida State continues preparations for playing in its first bowl game since 2019, the Seminoles know they’ll have first-team All-ACC selections Jammie Robinson and Jared Verse.

Robinson and Verse committed to playing in the postseason rather than bypassing it to prepare for the NFL Draft in April. While they haven’t made any decisions on their futures, both are projected as picks.

“There’s been no debate. I love football. I love the game and that’s what I’m here for,” said Robinson, a safety. “I’m here to help the team get wins, and I’m a team guy. It’s another game for me to showcase what I do and what I love.”

Added Verse, “I plan on planning in the bowl game no matter what. I want to give my best effort and I’m still deciding what I’m going to do in the future.”

While the Seminoles’ postseason plans are unclear, projections have them anywhere from the Cheez-It Bowl in Orlando to the Holiday Bowl in San Diego. A decision won’t come until Sunday afternoon after the College Football Playoff selection show.

Players opting out of a bowl game, rather than risking injury before the NFL Combine in February, is a growing trend.

“Guys like that — they’re going to regret it in the end. You can’t take it for granted,” said Robinson, who led the team with 86 tackles, including 4 tackles for loss, an interception, 4 pass breakups and 5 quarterback hurries. “I’m going to miss college football, and I want to get every game in. I’m here for Florida State.”

Verse, a redshirt sophomore edge rusher, is projected as a first-round pick by ESPN’s Mel Kiper.

15 earn All-ACC: Florida State had 15 players earn All-ACC, with three players named to the first team, four to the second, one on the third and seven honorable mentions. It was the second-most in the conference behind Clemson’s 22 and the most by the Seminoles since 2015.