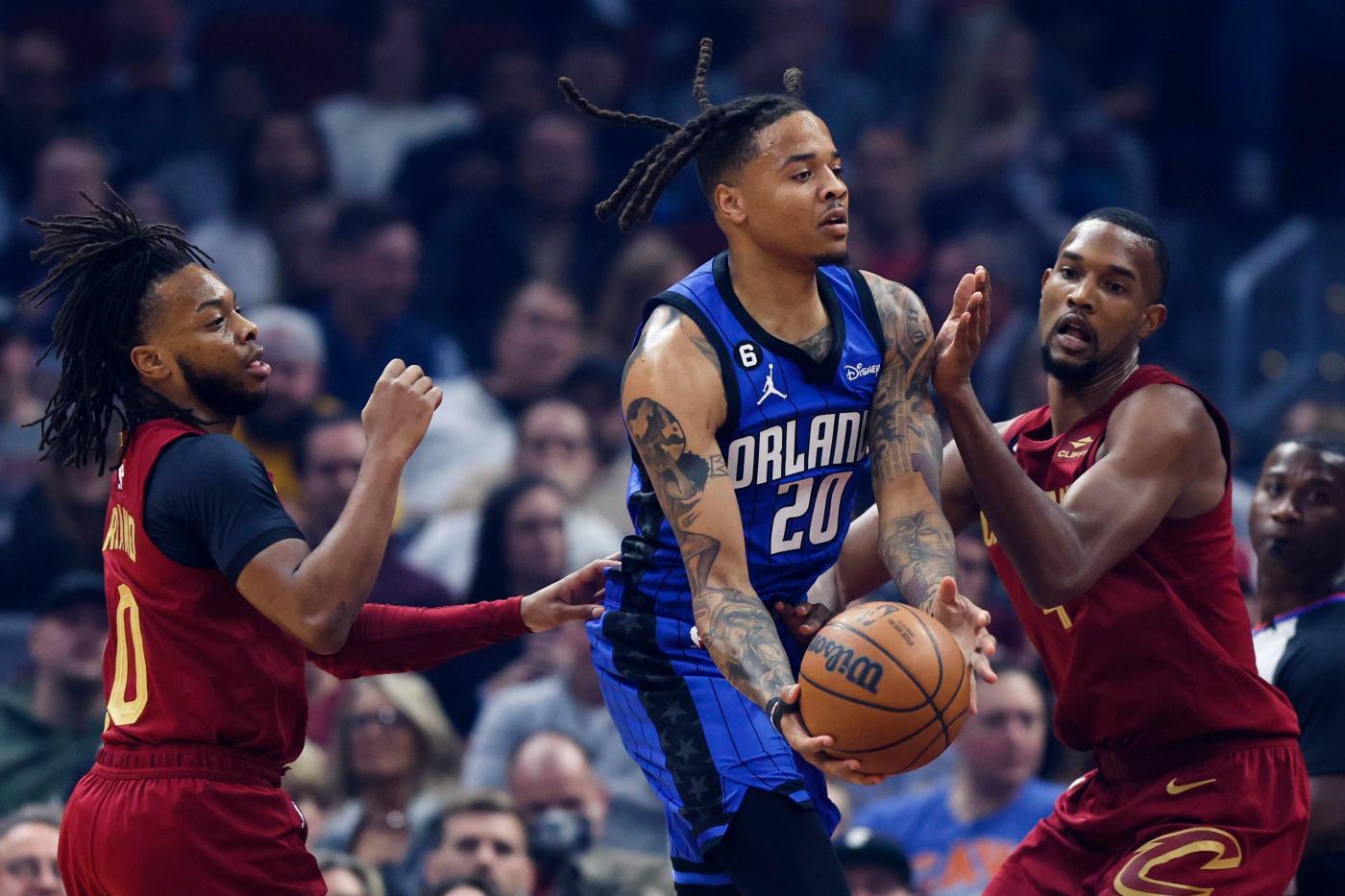 Among many things, Orlando Magic guards Cole Anthony and Markelle Fultz will bring a quality the team has lacked for most of the season: pace.

It didn’t take them long to bring that after making their return in Wednesday’s home loss to the Atlanta Hawks.

Fultz’s first points of the season came Wednesday after quickly bringing the ball up the floor after a made shot, driving into the post before making a floater/hook shot with 18 seconds left on the shot clock.

“He pushed the pace,” Banchero said of Fultz, “finds the open man and is always putting pressure on the defense.”

The Magic played at a pace — the number of possessions per 48 minutes — of 107.4 with Fultz on the floor Wednesday. The game was played at a pace of 102, with the Magic’s pace of 98.65 entering Friday ranking 23rd.

Anthony injected a similar urgency into the Magic’s offense, with the game being played at a pace of 107.2 with him on the floor.

“I loved his aggression when it came down to it,” Magic coach Jamahl Mosley said of Anthony. “For us, it’s got to be continued to put those pieces together.”

The Magic didn’t take advantage of the aggression Anthony and Fultz brought Friday, especially in the third and second quarters, when they were outscored 55-39.

Franz Wagner (16 points on 6 of 17 shooting) missed multiple layups and shots in the paint before heating up late.

The Cavaliers led by as many as 20 in the third, with the Magic cutting the lead down to 8 once their offense started to pick up, but they didn’t overcome their mid-game scoring woes and Mitchell’s tough shotmaking (12 of 21, 7 of 11 on 3s).

Moe Wagner, who made his first start of the season, finished with 16 points on 7-of-12 shooting and 9 rebounds.

Getting the ball up the floor quicker — either with dribbles or throw-ahead passes ― is something Mosley wants the Magic to do better.

Their 12 seconds of possession before a shot ranked 20th and their 10.5 seconds before taking a shot after a defensive rebound ranked last entering Friday.

They ranked 13th and 12th in the respective categories last season.

Jacking up the first shot available early in the shot clock isn’t what Mosley is looking for. It’s starting actions/sets earlier and forcing opponents to have to defend for longer, helping create easier scoring opportunities — something the Magic have struggled with.

Mo Bamba missed his third consecutive game because of back spasms. He was a game-time decision before being ruled out over an hour before tipoff.

Mosley wasn’t sure if Anthony and Fultz would play Saturday at the Toronto Raptors to close out the back-to-back.

“We’re going to monitor that, depending on the minutes tonight,” Mosley said pregame. “The goal is to get them there and see how they respond after the game.”