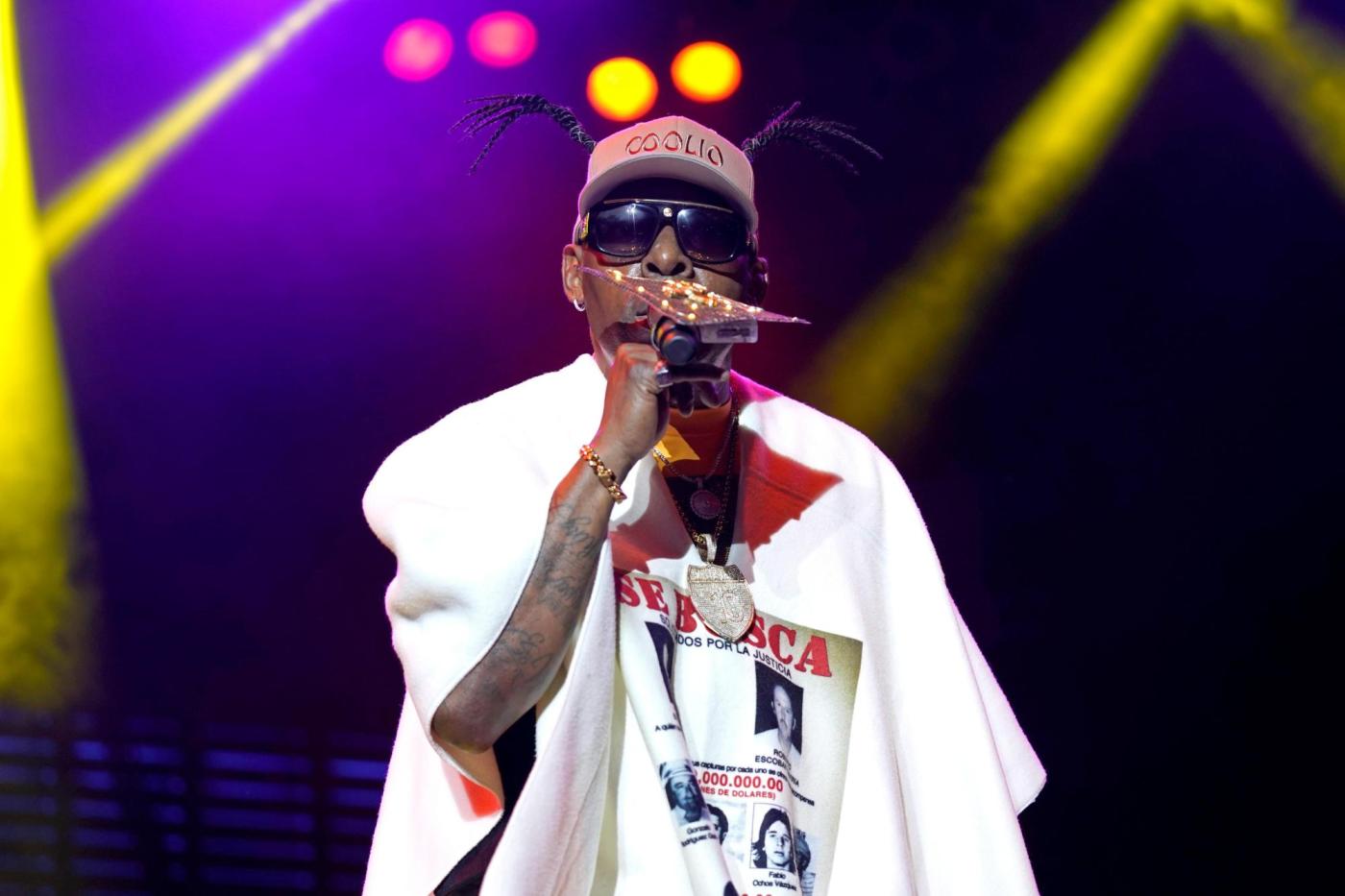 LOS ANGELES (AP) — Coolio, the rapper who was among hip-hop’s biggest names of the 1990s with hits including “Gangsta’s Paradise” and “Fantastic Voyage,” died Wednesday at age 59, his manager said.

Coolio died at the Los Angeles home of a friend, longtime manager Jarez Posey told The Associated Press. The cause was not immediately clear.

Coolio won a Grammy for best solo rap performance for “Gangsta’s Paradise,” the 1995 hit from the soundtrack of the Michelle Pfeiffer film “Dangerous Minds” that sampled Stevie Wonder’s 1976 song “Pastime Paradise” and was played constantly on MTV.

The Grammy, and the height of his popularity, came in 1996, amid a fierce feud between the hip-hop communities of the two coasts, which would take the lives of Tupac Shakur and The Notorious B.I.G. soon after.

Coolio managed to stay mostly above the conflict.

“I’d like to claim this Grammy on behalf of the whole hip-hop nation, West Coast, East Coast, and worldwide, united we stand, divided we fall,” he said from the stage as he accepted the award.

Born Artis Leon Ivey Jr., in Monessen, Pennsylvania south of Pittsburgh, Coolio moved to Compton, California. He spent some time as a teen in Northern California, where his mother sent him because she felt the city was too dangerous.

He said in interviews that he started rapping at 15 and knew by 18 it was what he wanted to do with his life, but would go to community college and work as a volunteer firefighter and in airport security before devoting himself full-time to the hip-hop scene.

His career took off with the 1994 release of his debut album on Tommy Boy Records, “It Takes a Thief.” It’s opening track, “Fantastic Voyage,” would reach No. 3 on the Billboard Hot 100.

A year later, “Gangsta’s Paradise” would become a No. 1 single, with its dark opening lyrics:

“As I walk through the valley of the shadow of death, I take a look at my life and realize there’s not much left, ‘cause I’ve been blastin’ and laughin’ so long, that even my mama thinks that my mind is gone.”

Social media lit up with reactions to the unexpected death.

“This is sad news,” Ice Cube said on Twitter. “I witness first hand this man’s grind to the top of the industry. Rest In Peace, @Coolio.”

“Weird Al” Yankovic tweeted “RIP Coolio” along with a picture of the two men hugging.

Coolio had said in an interview at the time it was released that he wasn’t cool with Yankovic’s 1996 “Gangsta’s Paradise” parody, “Amish Paradise.” But the two later made peace.

His career album sales totaled 4.8 million, with 978 million on-demand streams of his songs, according to Luminate. He would be nominated for six Grammys overall.

And with his distinctive persona he would become a cultural staple, acting occasionally, starring in a reality show about parenting called “Coolio’s Rules,” providing a voice for an episode of the animated show “Gravity Falls” and providing the theme music for the Nickelodeon sitcom “Kenan & Kel.”

He had occasional legal troubles, including a 1998 conviction in Stuttgart, Germany, where an boutique shop owner said he punched her when she tried to stop him from taking merchandise without paying. He was sentenced to six months probation and fined $30,000.

He was married to Josefa Salinas from 1996 to 2000. They had four children together.