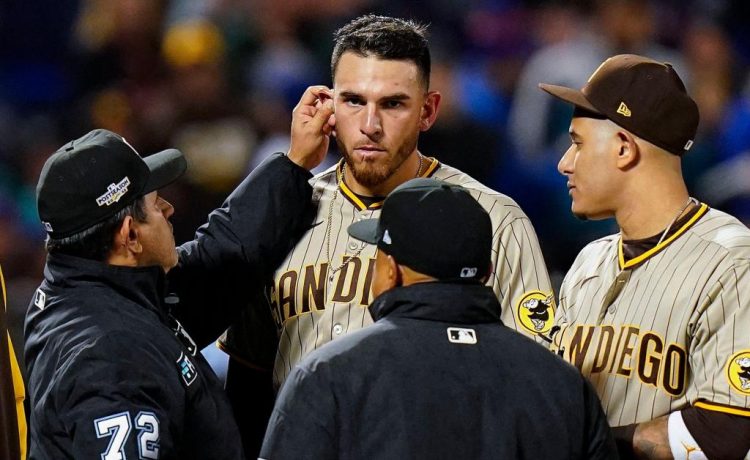 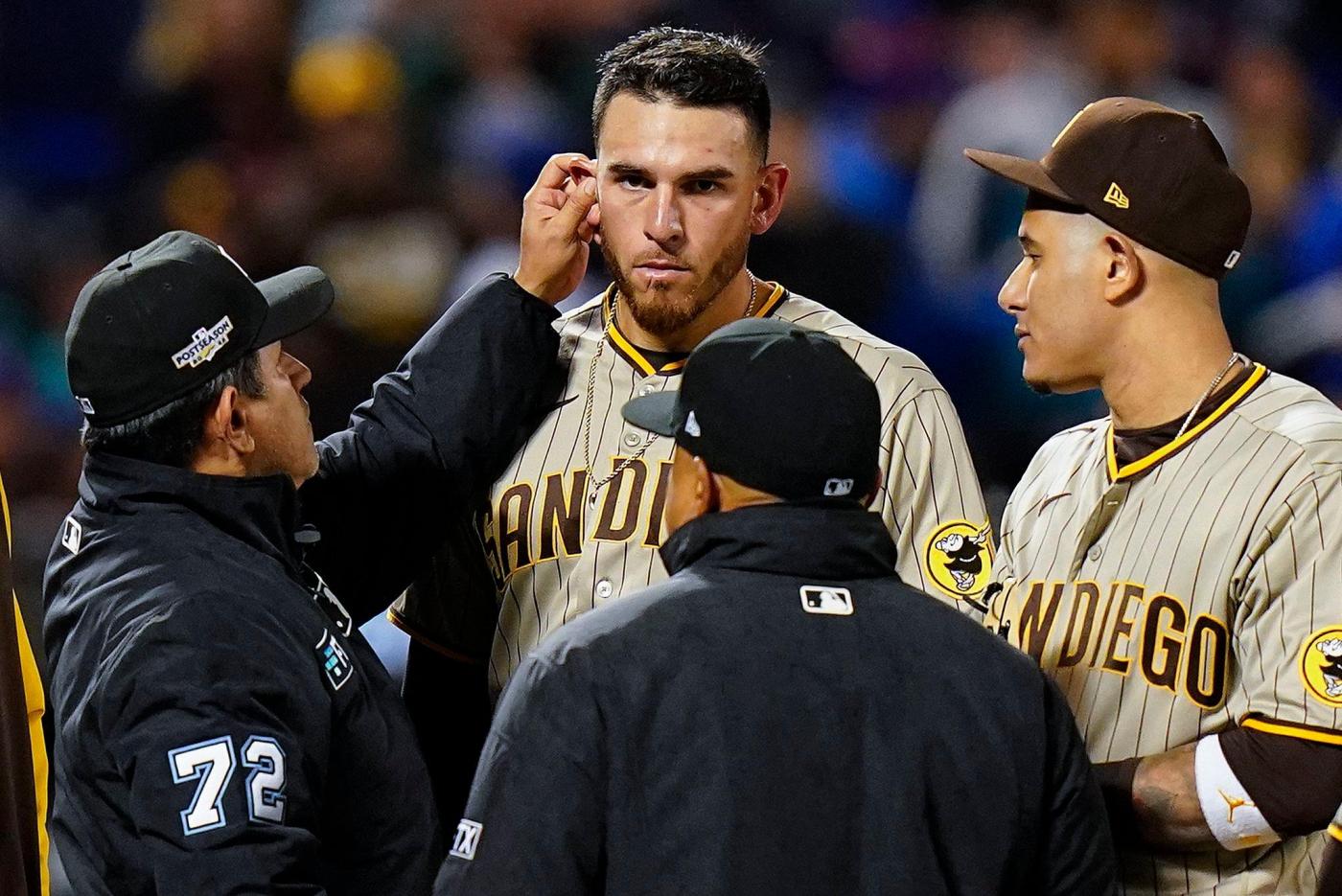 This isn’t about whether anyone agrees with Gary Cohen chastising Buck Showalter for asking the umpires to check San Diego pitcher Joe Musgrove’s ears Sunday night. It is about the TV voice of the Mets answering the bell and doing more than was required of him.

Cohen, not in play-by-play mode, was working SportsNet New York’s postgame show as an analyst. That role should require delivering strong opinions. Cohen, who came to Queens in 1989 to work in the Mets radio booth and moved to TV in 2006, has been behind a Mets microphone for over three decades. He doesn’t let ties that bind him blind him from his version of right and wrong on a baseball field.

So, on Showalter’s 6th inning ear excursion, Cohen, on SNY, said: “It smacked of desperation and it was fairly embarrassing, I thought, for Buck in that spot. It was not necessary. As it turned out; Musgrove was not cheating. I think if you are going to pull a stunt like that, you better be right and Buck wasn’t right.”

This wasn’t routine analysis, like questioning a manager’s handling of the bullpen. It was a direct shot at Showalter’s character for accusing Musgrove and the Padres of cheating. The Mets manager was questioning the integrity of another organization.

Cohen’s take on Showalter, accomplished another goal of a “studio” analyst (the crew was working on a set from outside Citi Field): Deliver an opinion that has legs, words that will draw heated reaction from fans and media. Voices like SXM’s Christopher (Mad Dog) Russo and ESPN’s Michael Wilbon (PTI) were on Cohen’s side of the aisle, ripping into Showalter. Cohen’s on-set SNY colleague, Jerry Blevins, backed Showalter. On Monday, Michael Kay, the TV voice of the Yankees on YES, and his ESPN-98.7 partner Don La Greca, took issue with Cohen’s analysis.

While Cohen’s critique of Showalter made for a compelling SNY post-game show on the night the Mets were eliminated from the playoffs, it’s worth wondering how it was digested and received by the organization?

Showalter, who worked in the media (most recently for YES as a studio analyst) is controlling and leaves no stone unturned. When he took the Mets job, sources said, he asked industry types what he should expect from Cohen and the entire SNY broadcast crew. If he received honest answers, Showalter already knew Cohen was not going to parrot the party line.

That reality does not mean Showalter wasn’t miffed over Cohen’s “desperation” characterization of the Musgrove search. If Showalter was wary of Cohen this season, his antenna will be raised even higher in 2023. Moving forward, the relationship will be tenuous.

The owner, Steve Cohen, a life-long Mets fan, should already be familiar with Cohen’s unvarnished, blunt stylings. Yet hearing them as a fan is much different than as an owner who had $282 million invested in payroll this season. And an MLB TV source said the Mets owner was “none too happy” after hearing Cohen’s comments.

The Mets have some history when it comes to dumping a broadcaster over his criticism of a manager. Hall of Fame voice Tim McCarver has maintained he was fired by the Mets in 1999 over his criticisms of Bobby Valentine during the ‘98 season.

Nonetheless, despite whatever problems Cohen or Showalter have with their play-by-play man’s commentary, don’t look for the Mets to cancel next season’s Gary Cohen Bobblehead Night.

In a recent HBO Max interview with Chris Wallace, Ebersol dropped dime on CBS’ No. 1 NFL analyst Tony Romo. Among other things, His EbNess shredded Romo for his lack of story telling ability. The former suit said Romo’s passion for the gig has been on the decline since the former Cowboys’ QB joined CBS in 2017

Ebersol drastically downgraded Romo’s overall performance, knocking him off Superstar Mountain. Ebersol was on the money. Even we can see Romo has slipped. Maybe he’s not putting in enough preparation. He also relies heavily on his comedy shtick and the strength of his personality to get through a game.

Unfortunately, Ebersol’s candid assessment of Romo quickly changed. Upon further review, Ebersol said a long day of interviews (he’s pushing a book) had clouded his views on Romo. Ebersol tried clarifying things saying, in a published statement, that Romo is “as good as it gets.”

Who got to Ebersol? Did the NFL not like Ebersol dumping on one of its broadcasting faces? Is Ebersol doing a favor for a friend at CBS? Or was Ebersol invoking the old Bob Arum line: Yesterday I was lying, today I’m telling the truth?

Look, Ebersol didn’t pull his harsh Romo critique out of a glob of cotton candy. It was too well thought out and clearly presented. It all leads us to conclude Ebersol truly believes Romo is on the decline — despite his flip-flop.

The styles of TBS ALDS teams are distinctly different.

Brian Anderson and Jeff Francoeur run on crossing tracks. They talk to each other.

On Yankees-Guardians, Bob (Rapping Roberto) Costas and Ron Darling run on parallel tracks. They don’t engage in much back-and-forth. Costas mostly takes the lead, with Darling doing a lot of verbal counter-punching.

Here’s hoping Darling isn’t being paid by the word.

The execs from the Madison Square Garden Network and Comcast don’t.

With the Rangers season underway, and the Knicks days away from beginning, the two media companies are in the second year of their carriage dispute, which is keeping MSG off of Comcast cable systems in New Jersey and Connecticut. The dispute affects about 565,000 Comcast subscribers.

And neither party is running to the negotiating table. Sad for those who do care.

Warning: Those who eventually find themselves sitting next to Draymond Green in TNT’s NBA studio (he’s already signed a multi-year deal with the network) better watch what they say. Or they might get punched in the face. … Speaking of short fuses, WFAN’s Brandon Tierney, further endearing himself to listeners, referred to a caller as an “idiot” on Tuesday’s mid-day show. Tierney would later apologize for the slight. … It was 1-against-3, but SXM’s Christopher (Mad Dog) Russo came out on top in a Tuesday debate with ESPN-98.7′s Michael Kay, Don La Greca and Pete Rosenberg. The Three Whatchamacallits took Buck Showalter’s side in the great ear-check scandal while Doggie barked an anti-Buck screed. We were totally into it but threw in the towel when Kay, for reasons known only to him, brought up Al Capone’s Vault. … Ian (The Bird) Eagle won his seventh straight play-by-play NY Emmy (he tied with MSG’s Mike Breen) for his work behind YES’ Nets microphone. It was The Bird’s 8th Emmy in 10 years. … The same NFL analysts who were outraged over how Tua Tagovailoa concussion was mishandled are suddenly wigging out over the way QBs are being protected by officials. … We’re sure that slap on the wrist Troy Aikman received from ESPN for his “dresses” comment was quite painful.

DUDE OF THE WEEK: SARAH LANGS

For her display of courage. The resourceful and engaging MLB reporter recently disclosed her battle with ALS. By going public, Langs provided comfort, and an example, for all who are experiencing the same struggle. The reaction to Langs’ disclosure also produced ample evidence there’s a world of support out there for her.

DWEEB OF THE WEEK: DEVANTE ADAMS

For shoving a photographer, knocking him down. This is known as the Vegas wideout taking his frustrations out on an innocent bystander after his team lost 30-29 to the Chiefs. Did Adams believe he was entitled to a clear path to the locker room? He was charged with misdemeanor assault. Maybe Adams will eventually learn how to dial it down after a tough loss.

What Max Scherzer said: “This is a kick in the balls.”

What Max Scherzer meant to say: “We win 101 games and can’t get past the first round of the playoffs?”