Geno Smith and the power of patience – Boston Herald 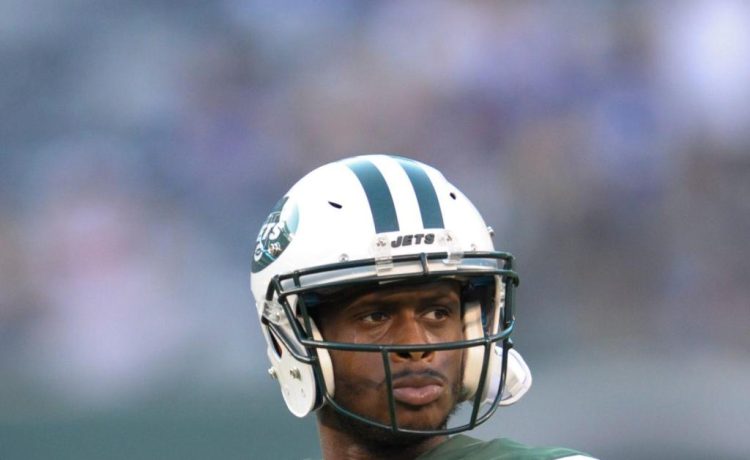 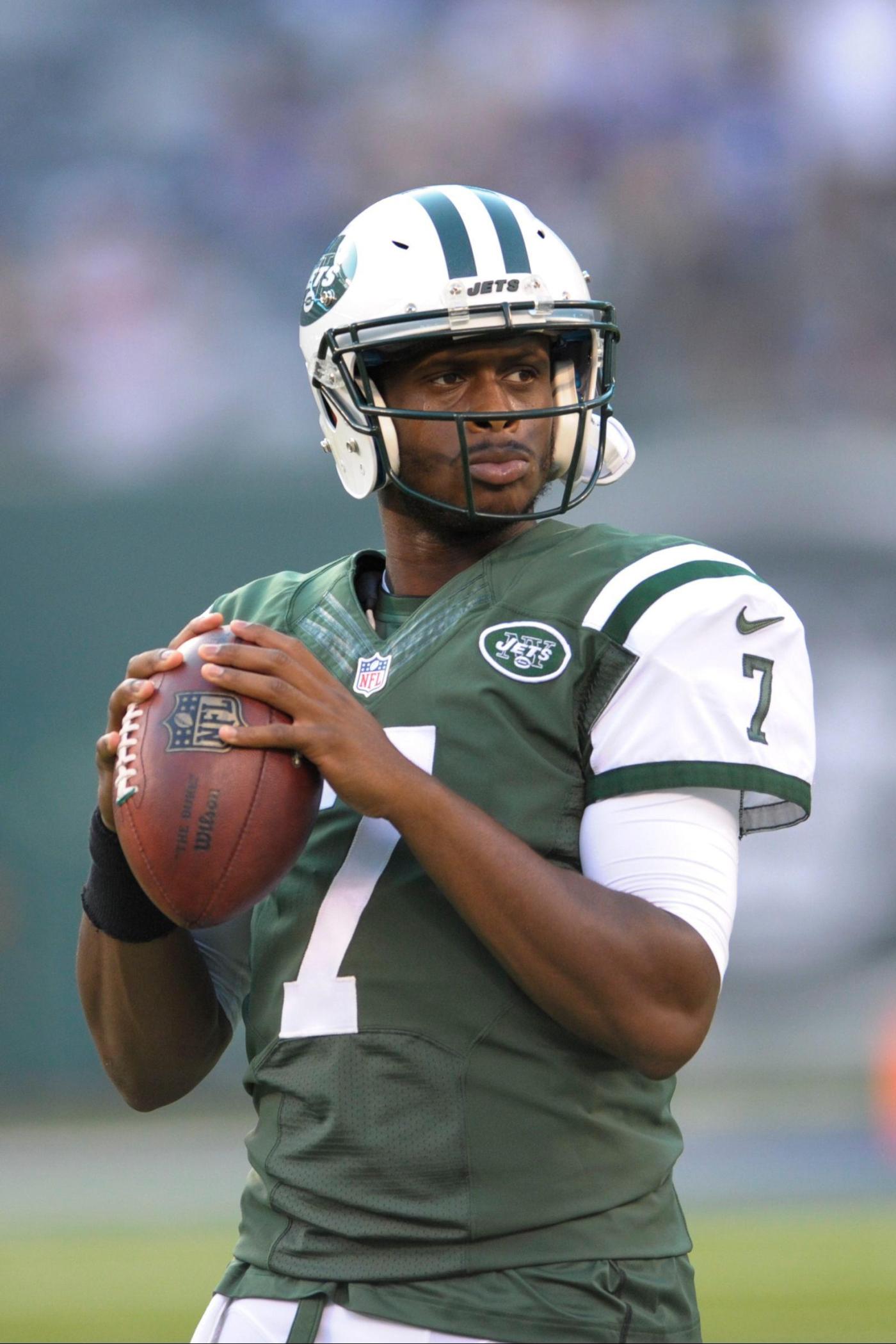 Geno Smith was the Jets’ starting quarterback for all 16 games of his rookie season.

He threw 12 touchdowns and 21 interceptions. He was sacked 43 times and completed a pedestrian 55% of his passes. With a QBR of 41, a quarterback rating of 66.5 and an even 8-8 record, the team’s second-round draft pick in 2013 had done very little in his first year to prove to the Jets that he could yank them out of the quarterback-induced misery that had defined so much of the club’s history.

His second year was worse. Smith was fined $12,000 after cursing out a fan during a game, got benched during a shutout loss in Week 5 and missed a team meeting while he was at the movies, explaining his absence by saying that he didn’t really understand how time zones worked. The Jets went 3-10 in games started by Smith during the 2014 season, and when he showed up the next year, his broken dreams were matched by the broken jaw he received from teammate IK Enemkpali’s locker room punch.

Those early years were a comedy of errors, fitting for the Jets, but unrecognizable from the person that Smith has become today. The last time he was a full-time starter — in those first few weeks of the 2014 campaign — Smith was still shy of his 24th birthday, a kid trying to make sense of the National League Football league while consistently getting melted by the Jets’ engine of dysfunction.

The Seattle Seahawks, meanwhile, were defending Super Bowl champions when Smith lost his starting job less than two seasons into his career. Built on terrifying defense and smash-mouth football, the Seahawks had a young signal caller of their own, drafted one year before Smith. Eventually, that young signal caller became arguably the most important figure in Seahawks’ history, joining forces with head coach Pete Carroll to turn Seattle into one of the league’s true model franchises before getting traded to Denver after a decade in blue and green.

Now forever linked, Smith and Russell Wilson had completely disparate seasons in 2022. Smith put together one of the most efficient quarterbacking efforts in NFL history while Wilson and his $242.5 million contract has people wondering if he is committing light financial fraud against the Broncos. At least he stayed in tremendous cardiovascular shape while throwing by far the fewest touchdowns of his career and getting sacked nearly four times a game.

As Wilson stumbled through the Mile High City — the Broncos went 5-12 and owe the Seahawks their top-five draft pick — and mostly embarrassed himself and the once-proud Bronco organization, Smith made his first Pro Bowl as a 32-year-old and guided the Seahawks to the playoffs in the first year of a rebuild. He broke many of Wilson’s precious Seahawk passing records, too, including yards, completions and amount of times he actually seemed to be a cool person, rather than a robotic company man who, whether picking up a first down or commenting on national tragedies, would respond with a dead-eyed “Go Hawks.”

Along the way, Smith beat each of his three ex-employers, triumphing over the Jets, Giants and Chargers on the way to a 9-8 record. The win over the Jets two weeks ago officially killed Gang Green’s playoff chances, too, a former laughingstock of their franchise swinging the deadly scythe.

What makes this even more hilarious (sorry, Jets fans) is that the Jets would have absolutely made the playoffs this season if they had Smith under center. While copy and pasting Smith into the Jets’ strange and eventful state of affairs wouldn’t have put them with the AFC’s elite, the team’s ahead-of-schedule defense, solid coaching and criminally underused offensive skill players could more than hold their own in a Wild Card matchup against the Jaguars or Bills (a team they already beat in November with Zach Wilson running the show) if Smith was still around.

The year of Geno Smith has been a lesson in patience. His opening week remarks following an upset of Wilson and the Broncos — “They wrote me off, I ain’t write back though” — have been meme’d into oblivion, but beneath the cutting line and its humorous delivery is a thick layer of truth. The NFL is a cutthroat business. The hunger to win is so toxically prevalent, and so much of winning is dependent on quarterbacks, that oftentimes young quarterbacks are not given the time or space to fail. This is especially true of Black quarterbacks like Smith. In 2015, the season he was written off and did not start a single game for the Jets, Smith was 25 years old. When the team gave the keys to veteran Ryan Fitzpatrick, he did reward them with an out-of-nowhere 10-win season, but the Jets let him walk before the 2017 season and instantly became terrible again.

The list of quarterbacks who have started for the Jets since 2017 is long and, not for nothing, all white. Josh McCown, Bryce Petty, Sam Darnold, Luke Falk, Trevor Siemian, Joe Flacco, Wilson, Mike White and Chris Streveler. The team’s record over those six seasons: 29-69. Knowing what we know now about Smith’s abilities, it sure seems like he could have done that, or at least been given a chance to try.

Let’s also make no mistake about it, Wilson was a downright horrendous quarterback this year. But the final two words of that sentence are important. For someone as young as Wilson, there is ample room for improvement. As Smith’s odyssey has also taught us, there can be some value in playing the backup role. Watching, observing and learning the finer points of the position can turn a six-year second stringer into a Pro Bowler getting ready to start a playoff game. That is probably not the case for Wilson, but if there’s anything to glean from the Smith renaissance, it’s that teams should be careful about who they write off.

Bringing in new, expendable guys to experiment with is a great way to land yourself some high draft picks. But once those draft picks are ready to be impactful players, as is the case with these current Jets, they’ll need someone to make the simple throws that keep the chains moving. Sometimes, that guy was right under your nose the whole time, and you won’t think much about him until he’s extinguishing your faintly glimmering postseason hopes.