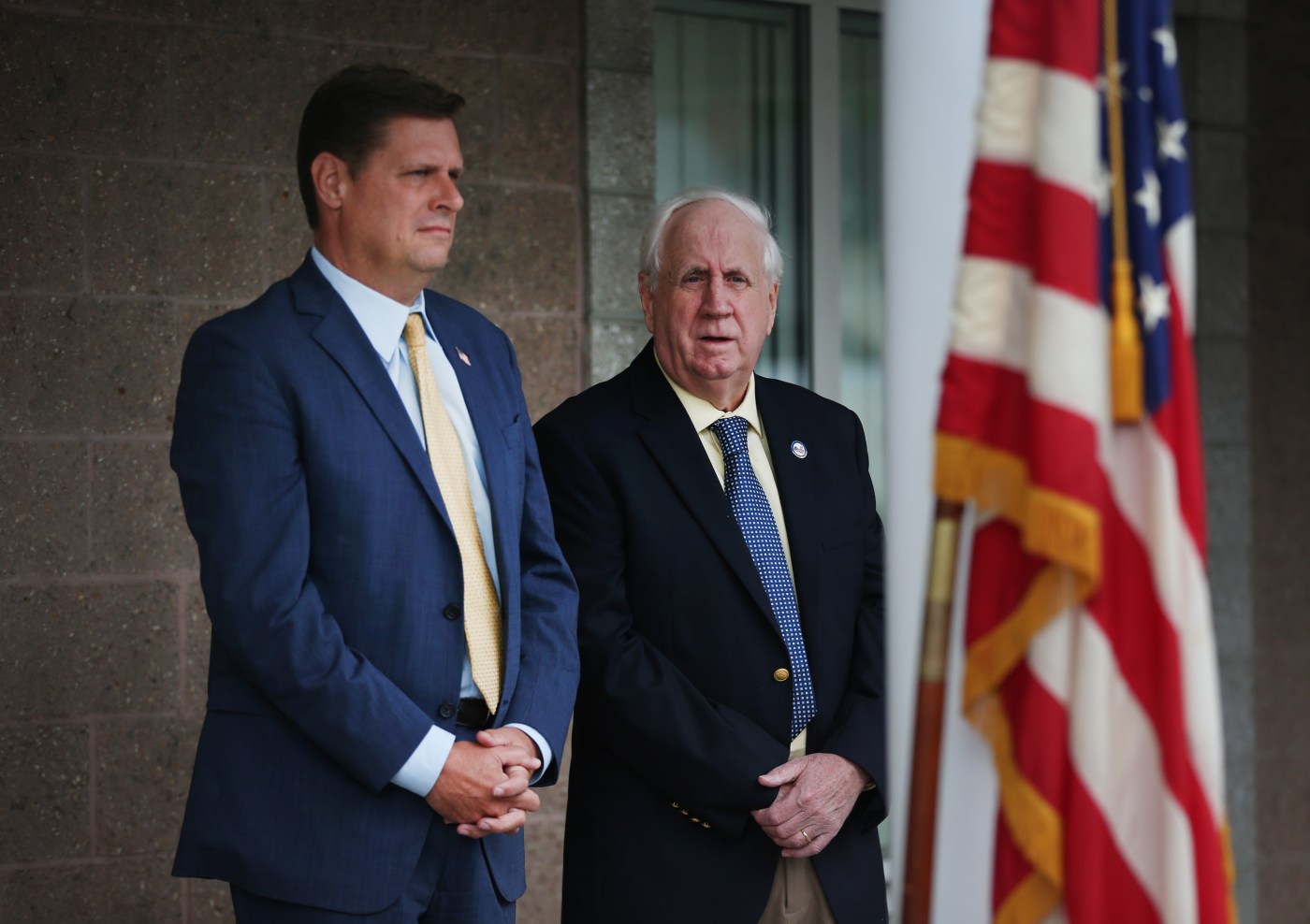 Geoff Diehl wasted no time before hitting the campaign trail again after his Tuesday primary victory.

“We’re going to make sure people know that this is a campaign about two different choices,” Diehl said at a press conference outside the West Roxbury Elks Lodge on Wednesday morning, about 12 hours after he was declared the Republican gubernatorial nominee.

Doughty, in a Wednesday statement, thanked his supporters and called for Republicans to unite behind the party nominee, but did not name Diehl.

“Our goal is still to make Massachusetts affordable again. That’s why we are urging voters to support the GOP ticket in November. We hope that people will unite to support candidates up and down the ticket,” Doughty said.

Diehl will now need to turn his focus to Healey and the November general election.

The former state representative said Wednesday he will challenge the Attorney General to participate in a series of debates ahead of the general election.

“We’re going to be reaching out to the Healey campaign to challenge for at least three, or more, debates,” Diehl said. “We want to make sure the people of Massachusetts can hear from both of us as much as possible.”

Healey, at an event in Worcester later, told the press she had already agreed to debate Diehl.

Diehl was asked if he intended to move his campaign more toward political middle ground, considering the historic liberal leanings of the Bay State. Instead of saying whether he would, he instead responded by pointing to the state of the nation under the Biden administration, saying he believes voters wish former President Donald Trump was still commander-in-chief.

“I think right now everybody is looking at the current president, Biden, the failures economically, the foreign policy failures, and their probably having a little regret that they didn’t keep an administration in office that gave us record unemployment, gave us prosperity, gave us energy independence. That to me that is going to be something that weighs down Maura Healey,” he said.

Healey’s campaign agrees that there was a clear difference between the candidates.

“Voters now know what their choice will be in this election. Geoff Diehl wants to bring Trumpism to Massachusetts. He has embraced the Trump playbook of anger and extremism, and he opposes a woman’s right to abortion access and reproductive health care,” said Healey Campaign Manager Jason Burrell said after Diehl’s victory was announced Tuesday night.