Georgina Campbell is up for all the frights of ‘Barbarian’ 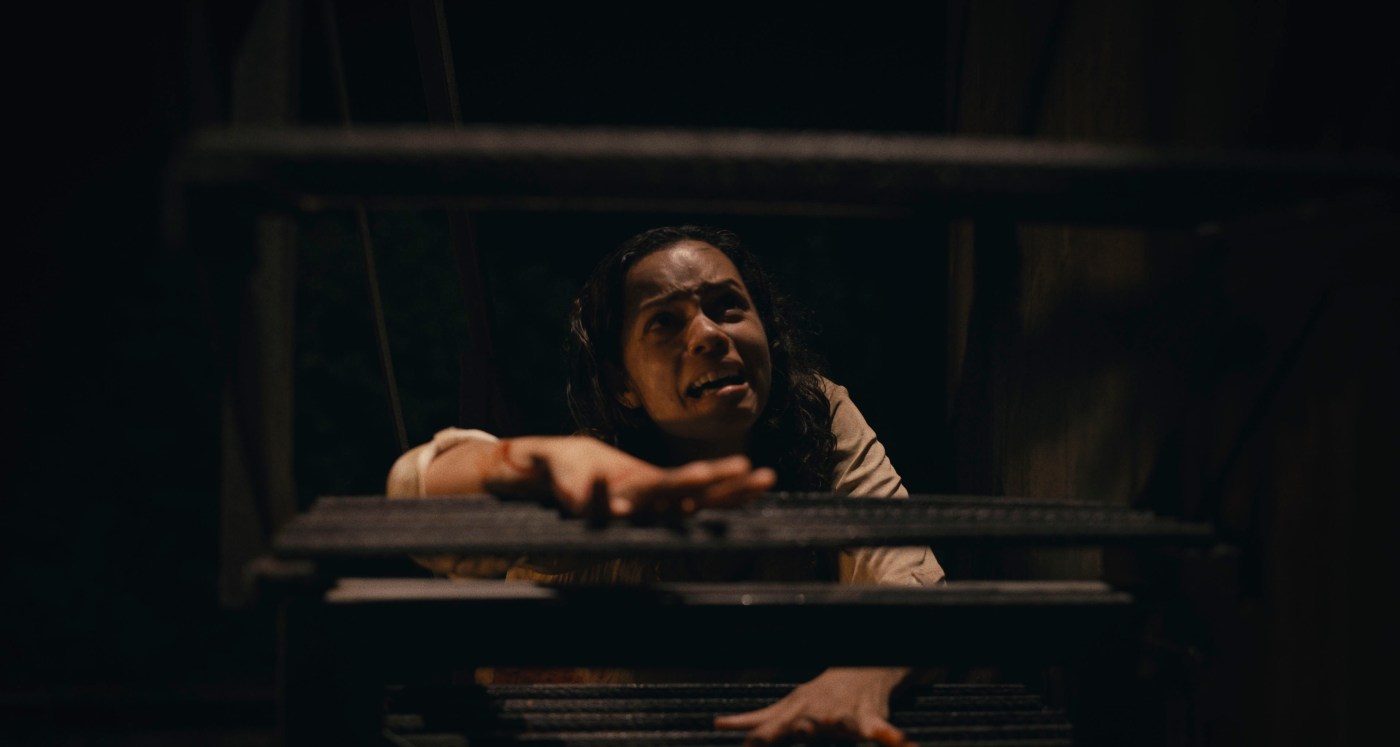 “Barbarian,” in theaters Friday, is one twisty, innovative and all-out scary horror happening with Georgina Campbell’s besieged Tess at its center.

On a dark and stormy night Tess has arrived in Detroit for a job interview the next day. She’s booked a rental home only to find a guy (Bill Skarsgard) already there. With hotels fully booked, can she trust him and stay? What else can she do?

“It’s a romantic comedy really for the beginning. A setup that you see in many films,” Campbell, 30, explained in a Zoom interview. “You meet people somehow. He’s a very attractive, charming guy and to begin with, she’s trying to feel him out and figure out if he’s safe.

“She’s stuck, she doesn’t know what to do. They end up having common interests and talking and they fancy each other! So they want to hang out.”

But soon, with sudden twists and a mysterious something underground, Tess finds herself simply trying to stay alive.

As for those viewers screaming from their seats, “Tess!  Don’t go down those steps!” and “Tess, get out of that house!” “There are lots of reasons that Tess does what she does,” Campbell said, “which become apparent. (Obviously, I don’t want to reveal anything.)

“But there’s lots of things that she comes against and she tries to make good decisions throughout; decisions I think most people would make.

“She comes across a lot of barriers but she’s someone that really cares about people. She is the savior you know! It’s kind of amazing to have this female character who really keeps going back into that house and is very strong and very brave.

“Barbarian” writer-director Zach Cregger wanted Campbell when he saw her memorable appearance in a “Black Mirror” episode. But it was another lucky — and completely unexpected — break that got Campbell to where she is today.

She was in London where she lives, walking along a street when she was “discovered” and cast in a movie.  She was 16.

“That is true. I know that if I’d gone down (another street), I wouldn’t have this career. It’s a bit of luck that I was not expecting.

“I was very young, I didn’t really know what it meant. And then the more work I did, the more I loved it and the harder I worked.

“And yeah, it’s a strange way to get into acting. I always feel really bad because people ask me, ‘How do I get into acting?’ And I’m probably the last person to ask because it happened so randomly for me at the beginning.”