Get ready for Mass and Cass woes to spread 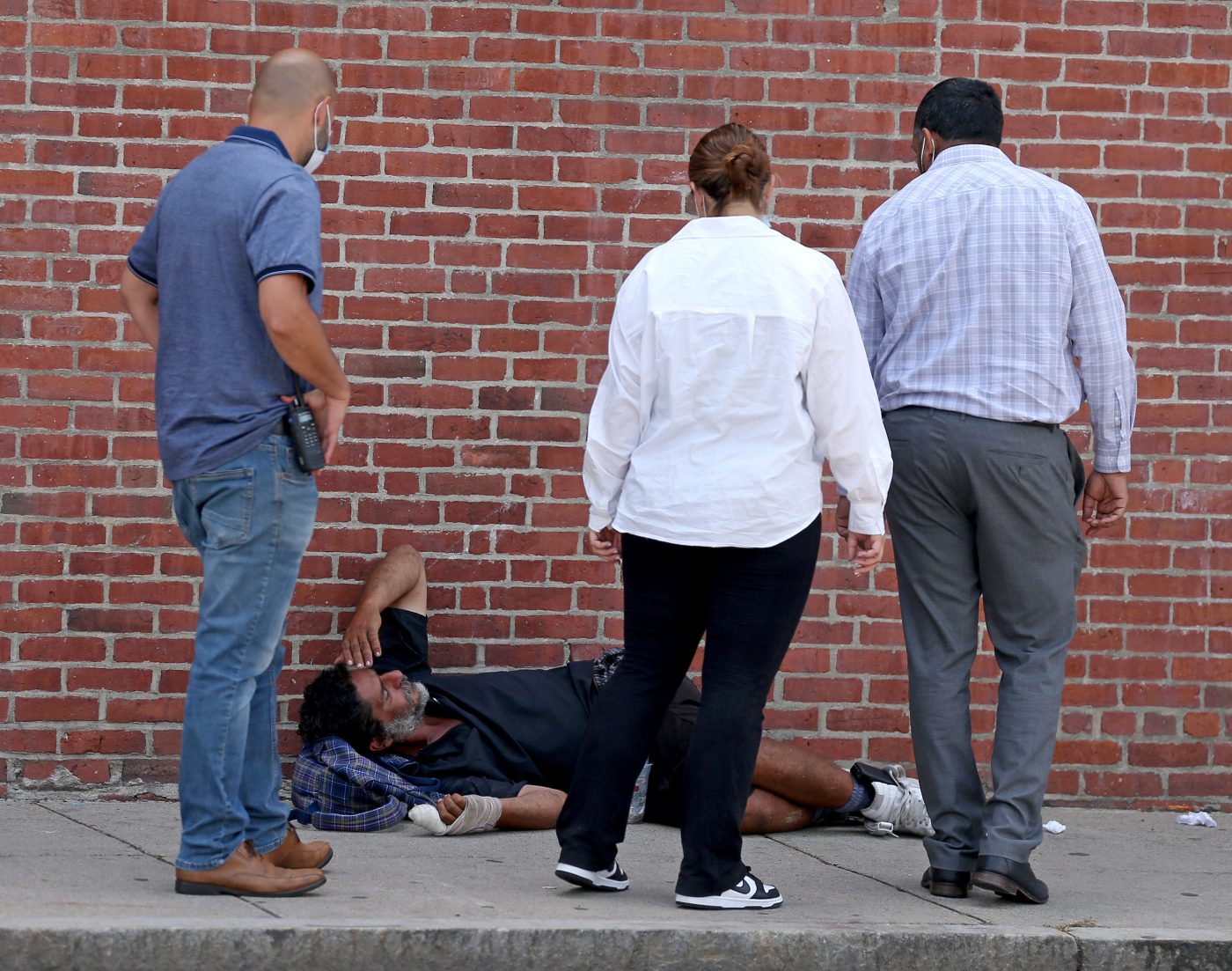 As the Stylistics once sang, “People make the world go round.” That’s particularly true on Boston’s Methadone Mile. Needles full of heroin do not self-inject, fentanyl pills do not self-pop, crack does not smoke itself, and evidence of public urination, defecation, and sex does not appear on its own.

People make these happen. While these activities and the people responsible have largely been confined to Mass and Cass, this isn’t enough for Mayor Michelle Wu and her administration.

Wu wants to bring the Methadone Mile to a neighborhood near you.

Citizens and city officials have worked for years to transform Charlestown into a desirable locale. The Constitution Inn/YMCA building at the Navy Yard has been proposed for 126 units of permanent affordable housing by St. Francis House, YMCA Boston, and the Archdiocese of Boston. This includes 96 studios for formerly homeless individuals and 30 permanently affordable and income-restricted units. Even with the best of intentions, such a move imperils the neighborhood.

There are  no doubt many formerly homeless people who would use this as a stepping stone to a better life, but realistically, with homelessness too often comes addiction issues, and a studio apartment will not cure that. People in Charlestown already pay exorbitant rent, too much to potentially face what South Enders abutting the Mile do: needles on the sidewalk, an increase in thefts and other crime, and illicit activity in public spaces.

Similar plans have been proposed by Pine Street Inn, which would turn the Comfort Inn at 900 Morrissey Boulevard in Dorchester into 105 to 110 studio apartments for people who have been homeless. As in Charlestown, a project like this would doubtless flood the Morrissey Blvd. area of Dorchester with those struggling with mental health, and substance abuse disorders.

Just as businesses near the Methadone Mile have struggled with vandalism and thefts, so too would Dorchester establishments see an increase in robberies and loitering.  Imagine bringing your child to the Boston Bowl arcade and seeing people high, nodded out and defecating in the batting cage.

The playgrounds at the Murphy School and in the park on Victory Road will soon look like the needle-strewn sidewalks of the Mile. Residents of both Charlestown and Dorchester overwhelmingly are opposed to both developments. Their voices fall on deaf ears as Mayor Wu announced an executive order to streamline approval of affordable housing.

“Streamline” translates to acting without community input or vote.  Wu, desperate for a political win, apparently believes the best way to end the chaos on Methadone Mile is to export it to other neighborhoods.

People who are homeless, addicted, or suffering from mental illness deserve assistance and a suitable place to live once they are rehabilitated. They should be relocated to a safer location, but Massachusetts is a huge state. Affordable housing should be prioritized for hardworking taxpayers who cannot afford Boston’s exorbitant living costs. There is no solution to these problems that can be achieved by redeveloping abandoned hotels and making people who suffer from a variety of issues someone else’s burden.