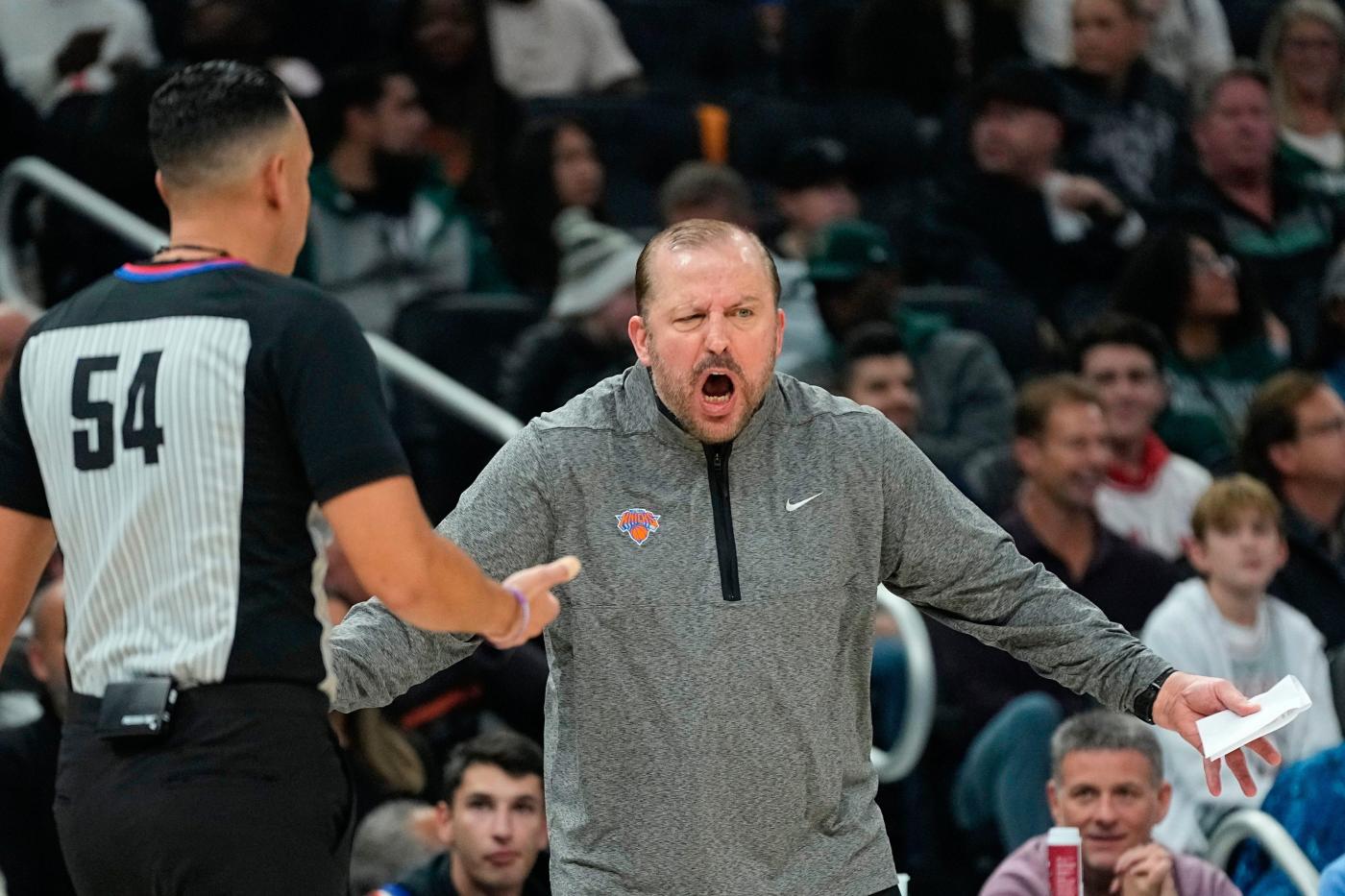 MILWAUKEE — If you got up to microwave a Hot Pocket, you might’ve missed it.

A 119-108 beatdown, administered by the Bucks against the Knicks, was forged in a span of about 2 ½ minutes of game clock in the third quarter.

The Bucks dropped 18 consecutive points in that stretch Friday night. And who was the catalyst? The Greek Freak, of course.

Giannis Antetokounmpo scored 8 of his 30 points during that third-quarter run, punishing the Knicks with his size and brute strength. Tom Thibodeau’s squad fell behind by 24 and never recovered.

“The game was over with. Sorry,” Derrick Rose said about a futile fourth-quarter run. “We’ve got to come out with urgency a lot better early on in the game. We didn’t rebound the ball well. We didn’t communicate.”

Antetokounmpo, the two-time MVP, finished one assist shy of a triple-double with 14 rebounds minutes, which was actually a downgrade from his consecutive 40-point double-doubles heading into the game. There were times Friday night, especially in the fourth quarter, when he appeared to toy with whoever dared tried to stand between him and the basket.

The Knicks allowed 70 points in the second and third quarters, and this time their offense couldn’t keep up.

“We started out really slow. A lot of that’s on me. I’ve got to do a better job with just coming out and attacking, being who I am,” Brunson said. “I take full credit for that. I’ve got to come out with the intensity and tenacity like I usually do. We were just playing behind, catch up, all game long.”

The Big-3 of RJ Barrett, Julius Randle and Jalen Brunson combined for 37 points on 13-of-37 shooting. Randle’s 14 points in 31 minutes represented a season-low, and Barrett managed just one 3-pointer on seven attempts.

Barrett’s poor shooting is probably the most concerning trend of the early season. He’s missed 24 of his 28 3-point attempts this season, an issue that’s been connected to exerting more energy to consistently guard the opposition’s best perimeter scorer.

Thibodeau, however, dismissed the idea that Barrett has shouldered a greater defensive load than previous seasons.

The Knicks entered on a three-game winning streak but the opponents — the Pistons, Magic and Hornets —are considered low-tier. The Bucks are title contenders, which prompted a reporter to ask Julius Randle about “outlets” claiming Friday was the Knicks’ first true test.

If the outlets were right, the Knicks failed their big exam.

Two nights earlier, Knicks center Mitchell Robinson said he was motivated to face Antetokounmpo because it was an opportunity to “make my mark.” Robinson drew the assignment of the two-time MVP, alternating with Randle, but fouled too often and was limited to 20 minutes.

Antetokounmpo dunked on Robinson in transition in the first half, but the Knicks center achieved revenge with a rejection in the fourth quarter.

The Bucks (4-0) were missing injured Khris Middleton, arguably their second-best player, and struggled shooting Friday night from beyond the arc (13-for-45).

But Antetokounmpo negated all of that.